Estadio Olimpico Pedro Ludovico is the venue as Colombia and Peru continue their Copa America 2021 campaign, having experienced contrasting fortunes at the tournament so far.

After claiming a hard-earned 1-0 victory over Ecuador in their Copa America 2021 curtain-raiser, Colombia failed to overcome a Covid-hit Venezuela side on Matchday 2, playing out a dismal goalless draw with one of South America’s weakest sides. However, the Colombians head into this encounter unbeaten in their last five Copa America group stage fixtures in a row (W4, D1). Additionally, ‘Los Cafeteros’ are unbeaten in four international games in all competitions (W2, D2), a sequence that includes a 3-0 thumping of Peru in the 2022 World Cup qualifying campaign earlier in June. Notably, Reinaldo Rueda’s men have not lost any of their previous ten clashes against Peru (W6, D4), beating this opposition ‘to nil’ in each of their last three H2Hs (7-0 on aggregate).

On the other hand, Peru’s Copa America 2021 journey started with an embarrassing 4-0 defeat at the hands of Brazil. Brazil’s demolition of Peru in their Group B opener leaves ‘La Blanquirroja’ at a single win in ten internationals (D2, L7), a disastrous spell that includes six losses ‘to nil.’ Since finishing runners-up to the ‘Selecao’ at the Copa America 2019, the Peruvians have suffered eight defeats in 12 matches in all competitions (W2, D2). Peru’s clueless first-half displays during that 12-game stretch saw them net just a single goal before half-time, unsurprisingly trailing at the interval in each of their last four reverses. Another worrying sign for Ricardo Gareca’s side is that they’ve drawn a blank in five of their previous six competitive meetings with Colombia (W4, D2 – 90 minutes only). 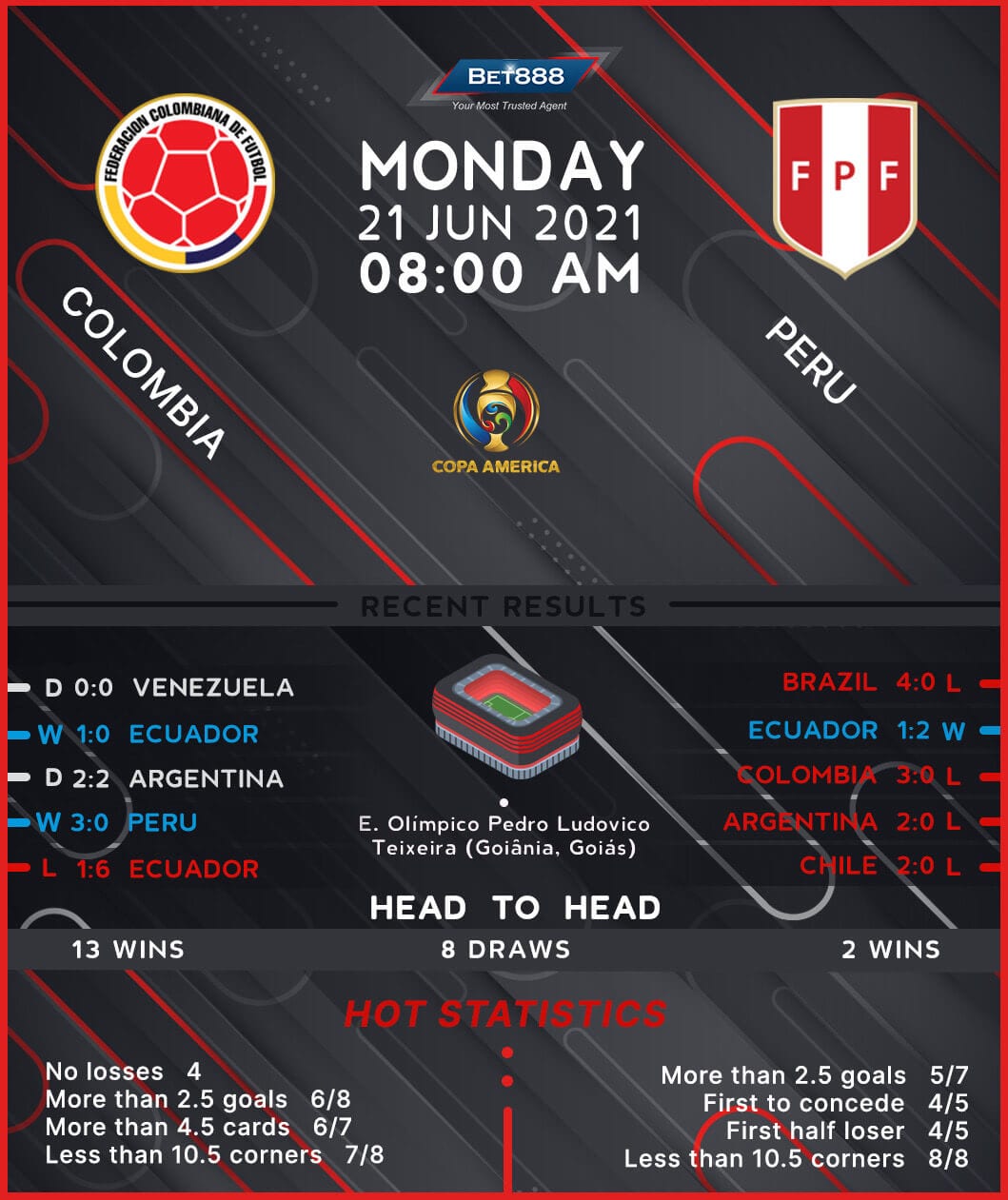