Carlos Vela’s sublime hat-trick fired Los Angeles FC to a comprehensive 3-0 win at the expense of Colorado Rapids on the opening weekend. After falling to a 2-0 defeat at the hands of Portland Timbers in last season’s play-off quarter-finals, Robin Fraser’s men face the prospect of drawing a blank in three consecutive MLS fixtures for the first time in three years. Yet, play-offs excluded, Colorado established themselves as a force to be reckoned with at home last season, going unbeaten in 16 of their 17 MLS home games in the regular campaign (W9, D7). Much of the credit for their thoroughly impressive home performances in 2021 went to a rock-solid defence that conceded a league joint-low 14 goals on the home ground, at an average of 0.82 per match.

Meanwhile, Atlanta United sealed a comfortable 3-1 home triumph over Sporting Kansas City on Matchday 1, with both halves of play featuring precisely two goals. Against this backdrop, the ‘Five Stripes’ were not as nearly as fun to watch last season, where only 38% of their MLS fixtures, home and away, witnessed over 2.5 goals and both teams scoring. Moreover, despite racking up a three-game unbeaten streak on the road (W2, D1) to round the last season off in style, Atlanta still finished the regular 2021 campaign with a negative -3 goal difference away from home (GF:20, GA:23). Additionally, no team from the Eastern Conference to have advanced to last season’s play-offs lamented a lower scoring average on the road than Atlanta (1.17 per game). 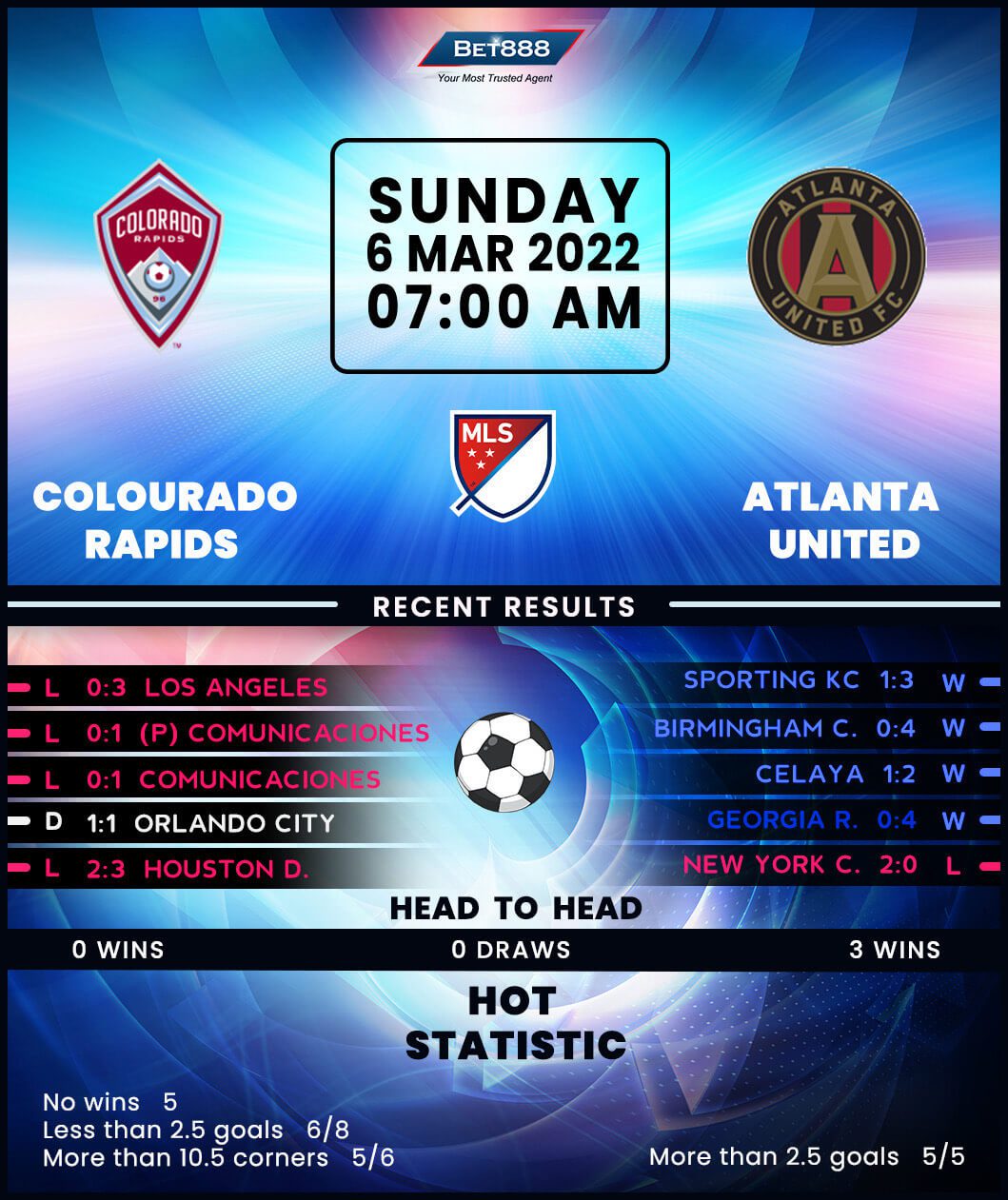