Croatia and Canada are set to square off in a high-stakes 2022 World Cup Group F tie at the Khalifa International Stadium.

It wasn’t a dream World Cup start for the last tournament’s finalists Croatia as they could only manage a goalless draw with Morocco on day one, attempting a mere two shots on target. With an ominously-looking fixture against Belgium waiting in the wings, Zlatko Dalic’s men cannot afford to drop points here, yet their recent World Cup fortunes against CONCACAF sides spell trouble. Since beating Jamaica 3-1 in their first-ever World Cup outing, the ‘Blazers’ have lost both subsequent meetings with North American nations at the tournament. But it’s not all lost yet, as Croatia had netted in 11 consecutive World Cup games before drawing with Morocco, though it’s worth mentioning they last failed to score in back-to-back fixtures in the competition in 2006!

As for Canada, the math is simple. After their 22 attempts to score against Belgium went begging, ‘Les Rouges’ are out to pick up the first points at the World Cup finals after having lost their previous four without finding the net. However, with each of their four World Cup defeats coming at the hands of European opposition, the Canadians will have to overcome a significant mental barrier to upset the odds. While gaffer John Herdman insisted in the post-Belgium conference that he is ‘proud’ of his team’s day-one showing, another scoring blank against Croatia would likely send them packing at the end of round two. Yet having netted 2+ goals in four of their six pre-tournament internationals, the North Americans will fancy their chances of breaking a frustrating scoring drought at the world’s most prestigious scene. 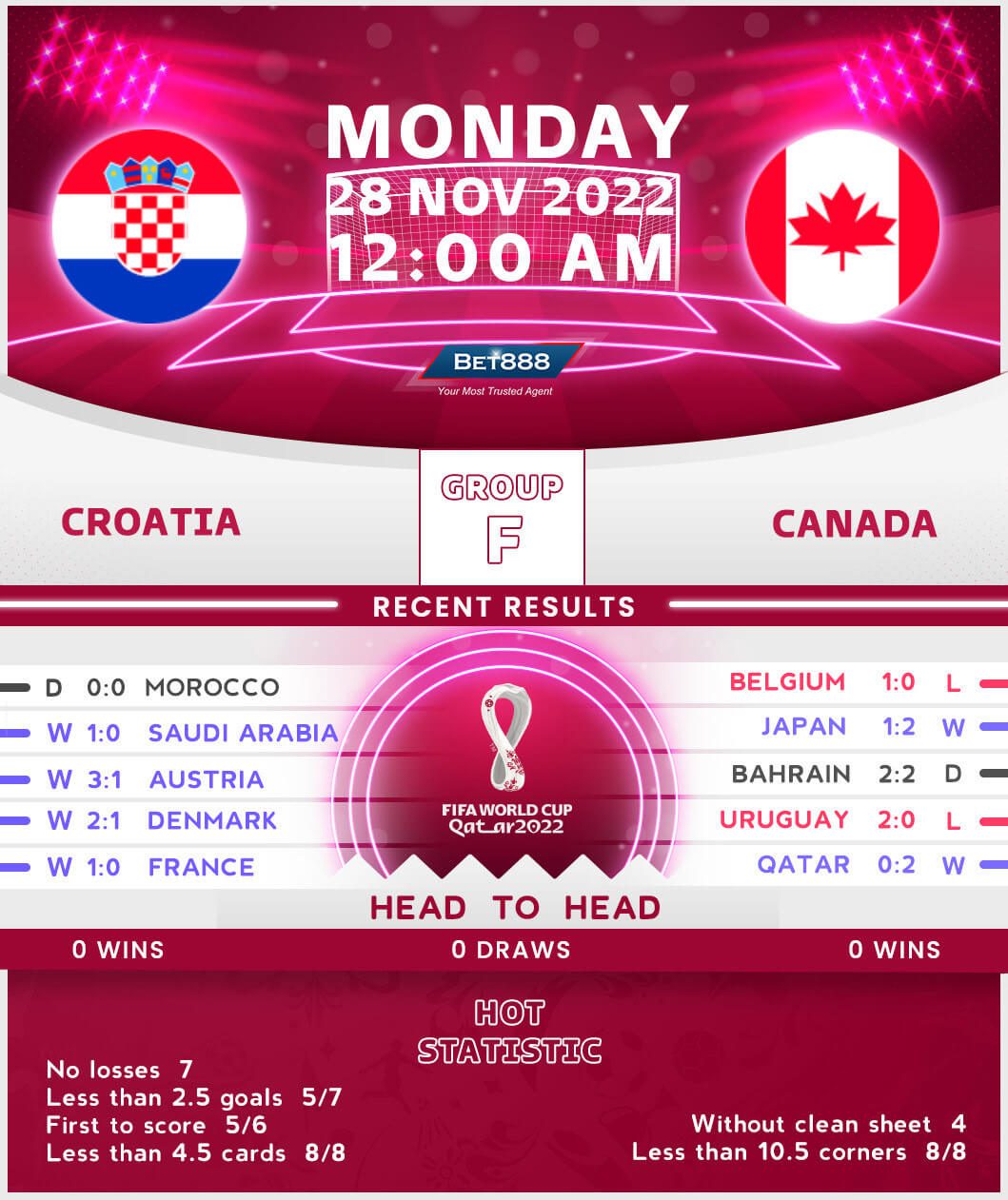