After a 1-1 away draw with AZ Alkmaar in the Europa League midweek, Napoli return to Serie A as they head to the Stadio Ezio Scida to take on rock-bottom Crotone.

A 1-0 away defeat to Bologna last time out gave Crotone a second consecutive league loss, as the hosts head into this encounter nailed to the bottom of the table as the only side yet to pick up a win this season (D2, L7). Additionally, a genuine lack of firepower up front has seen Crotone score a league-low six goals so far, which makes them one of two Italian teams yet to smash a 10-goal barrier. Curiously, though, both of their Serie A goals scored at home this season have come in the first half against Juventus and Atalanta, respectively. At the other end of the pitch, Giovanni Stroppa’s men have conceded a league second-high 20 goals, though only seven of them have arrived at home.

Meanwhile, a 4-0 home triumph over Roma last weekend means none of Napoli’s nine Serie A fixtures has ended in a draw (W6, L3). However, a lack of consistency has seen ‘I Partenopei’ alternate between a win and loss in five of their previous league outings. Away from home, though, Gennaro Gattuso’s men have won all but one of their four Serie A matches (L1), with three of those results (win/loss) seeing the victor keep a clean sheet. Notably, the visitors are the only team in Serie A yet to concede in the second half away from home. Having that said, Napoli will accept nothing less than a victory here, especially considering they have won each of their four top-flight H2Hs this millennium. 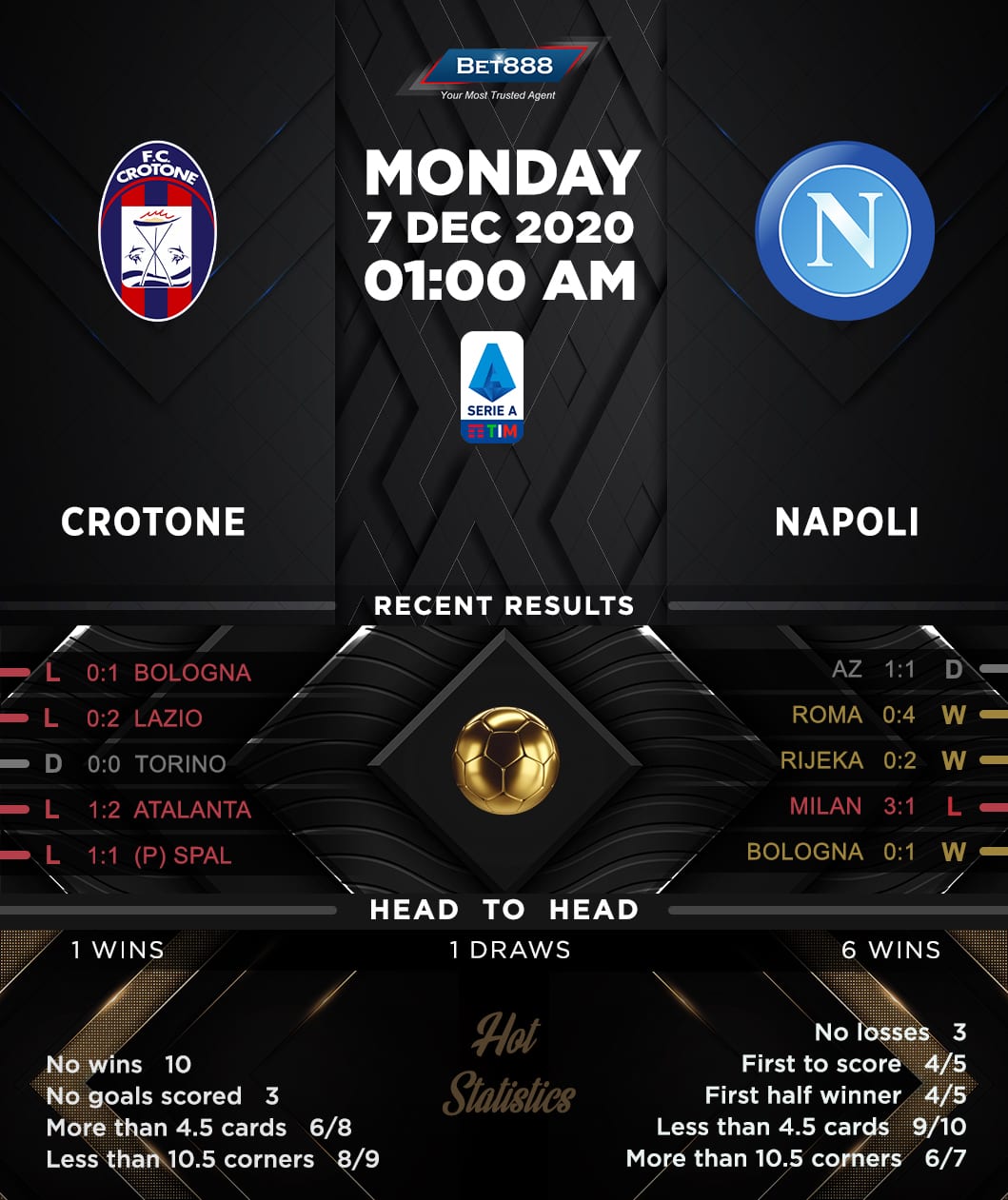