Crystal Palace and Arsenal will square off at Selhurst Park this midweek in an all-London Premier League fixture.

Coming into this encounter, Crystal Palace performed a late comeback to beat Aston Villa 3-2 at home, meaning none of their last six Premier League matches have ended level (W2, L4). However, the ‘Eagles’ have struggled in the Premier League London derbies this season, having gone winless in eight such affairs since a 2-1 win at Craven Cottage against relegated Fulham back in October (D4, L4). On the bright side, Roy Hodgson’s men haven’t lost their final home league match in their 11 previous Premier League campaigns (W8, D3) and are unbeaten in all five top-flight meetings with Arsenal in the post-Arsene Wenger era (W1, D4). But Palace have wrapped up just one victory in their last 15 home league matches against this opposition (D7, L7), courtesy of a 3-0 thumping in April 2017.

Resurgent Arsenal have put together three consecutive Premier League triumphs as Mikel Arteta looks to win four in a row for the first time since replacing Unai Emery in December 2019. Additionally, the ‘Gunners’ have won each of their last three Premier League trips by an aggregate score of 6-0 and could win four on the trot without conceding for the first time in the club history. Unlike Palace, Arsenal have excelled in the Premier League London derbies this season, going into this showdown undefeated in their last six such contests (W3, D3). A lack of concentration in the earlier stages of play could be a reason for concern, though. Arteta’s men have registered the vast majority (88.24%) of their total away league goals conceded this term in the second half of play (15/17). 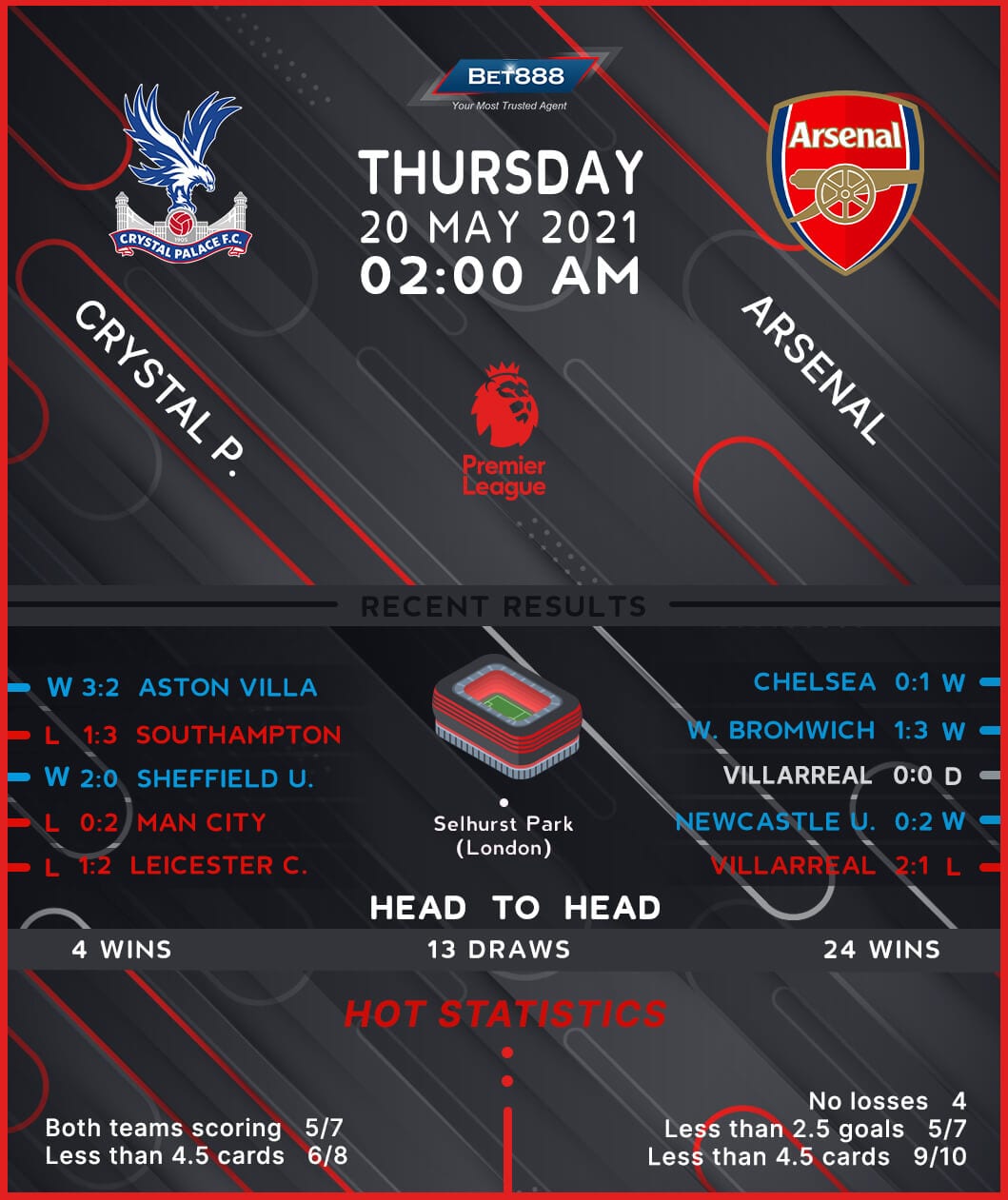