Mid-table Crystal Palace will encounter an improving Burnley side at Selhurst Park in an exciting Premier League fixture.

Crystal Palace brushed relegation-battling Watford aside with an overwhelming 4-1 away triumph in midweek, bringing their frustrating six-game winless Premier League run to a halt (D3, L3). But there is another poor run tormenting the ‘Eagles’ ahead of this match-up, as they’ve lost three consecutive three top-flight games at Selhurst Park, last experiencing a longer such streak in the league between December 2016-February 2017 (5). After going winless in their last four Premier League meetings with Burnley (D1, L3), Patrick Vieira’s men will hope to live up to their reputation as the ‘stalemate kings,’ having drawn a league second-high 11 games this Premier League season. Encouragingly, though, before falling to a 1-0 defeat at the hands of Chelsea in their most recent home outing, Palace had scored in 11 successive Premier League fixtures at Selhurst Park.

On the other hand, Burnley’s back-to-back wins over Tottenham and Brighton without conceding have seemingly put a poor winless Premier League run stretching across 11 games (D7, L4) firmly behind. In fact, those two victories have seen the ‘Clarets’ eclipse their tally of one win from their opening 21 Premier League fixtures this season (D11, L9) and come to only two points below 17th-placed Newcastle United. Interestingly, Burnley’s comprehensive 3-0 triumph over Brighton in their most recent road trip witnessed Sean Dyche’s men score as many goals (3) as they had in their previous six Premier League travels combined. So the visitors must be brimming with confidence as they aim to register three consecutive top-flight wins away against London sides for only the second time in their history. 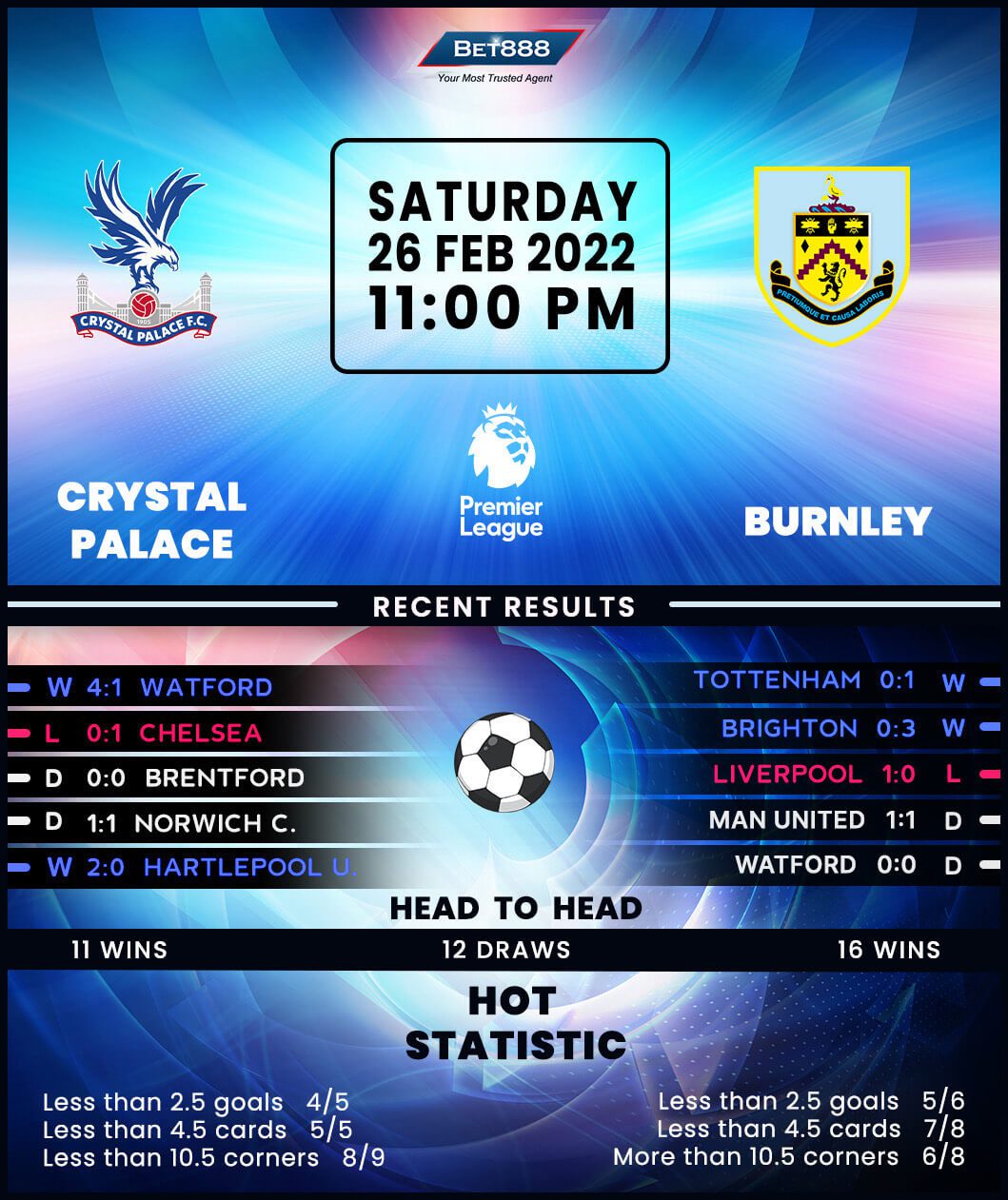