Since a 1-0 home loss to Chelsea in mid-February, Crystal Palace have hit the ground running in the Premier League, going unbeaten in their last three outings in a row (W2, D1). Patrick Vieira’s men have established themselves as ‘stalemate specialists,’ drawing a league joint-high 12 matches this season, including a 1-1 draw with Burnley in their most recent home fixture. That result is a part of Palace’s ongoing four-game winless Premier League streak at Selhurst Park (D1, L3). However, the ‘Eagles’ claimed a shocking 2-0 win over Man City at the Etihad earlier this season, giving themselves an opportunity to register their first league double over this opposition since 1987/88. But after losing five of their last six top-flight H2Hs at home (D1), they may not feel optimistic.

In the meantime, Manchester City utterly outclassed bitter rivals Manchester United last time out (4-1) to make it two Premier League wins in a row and maintain a three-point lead on second-placed Liverpool. Additionally, the ‘Cityzens’ have gone unbeaten in each of their last 13 Premier League away games (W11, D2) since falling to a narrow 1-0 loss at Tottenham on the opening weekend. They have won three of their four top-flight matches on hostile turf in 2022 (D1), keeping a clean sheet in the last two on the trot. The abovementioned triumph over United saw Man City become the first club in the Premier League history to score 4+ goals on eight occasions. Ahead of the kick-off, they also boast the best defensive record in England’s top-flight, having conceded just 16 goals after 27 rounds of fixtures, at an average of 0.59 per match. 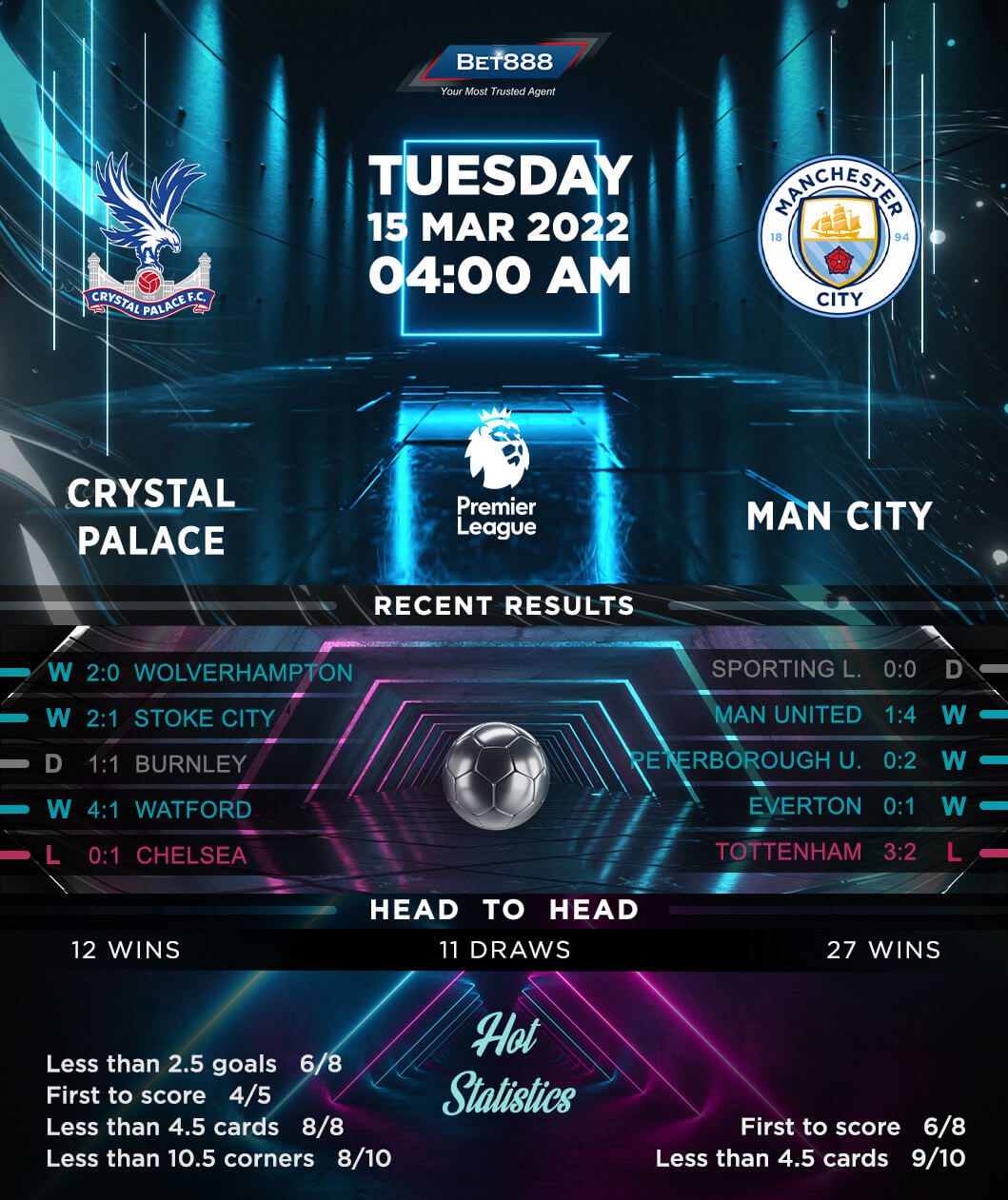