Crystal Palace will be aiming to send Watford back to the Championship when the two bottom-half Premier League sides lock horns at Selhurst Park.

Crystal Palace came from a 1-0 half-time deficit to win 2-1 at Southampton last time out, ending a run of three Premier League matches without a victory (D1, L2). Having reduced the gap on 10th-placed Newcastle United to a mere two points, the ‘Eagles’ now have their eyes set on a first top-half finish since 2014/15. After pulling off an overwhelming 4-1 triumph in the reverse fixture at Vicarage Road, Palace could complete their first league double over Watford since the 2011/12 Championship campaign. Achieving that feat would also see Palace record back-to-back Premier League victories for only the second time this season. There’s plenty of reason for optimism in Patrick Vieira’s camp, as his men are unbeaten in their last six competitive home matches (W3, D3), including five in the Premier League.

As for Watford, a failed attempt to land all three points at Selhurst Park will result in their four relegation from the Premier League, making them the four different club to be relegated from the competition on 4+ occasions. However, Watford’s confidence must be at a historic low, as they head into proceedings having lost their last five Premier League games by an aggregate score of 14-3. The visitors’ defensive frailties have seen them concede 69 goals during this Premier League season, their second-worst such record in the competition since conceding 77 in 1999/2000. Furthermore, the ‘Hornets’ have registered just a single win across their 29 previous league meetings with London sides (D7, L21), while they’ve lost their last 14 such match-ups in the top-flight. A return of four defeats from their five most recent competitive visits to Palace (W1) suggests that underwhelming run could go on. 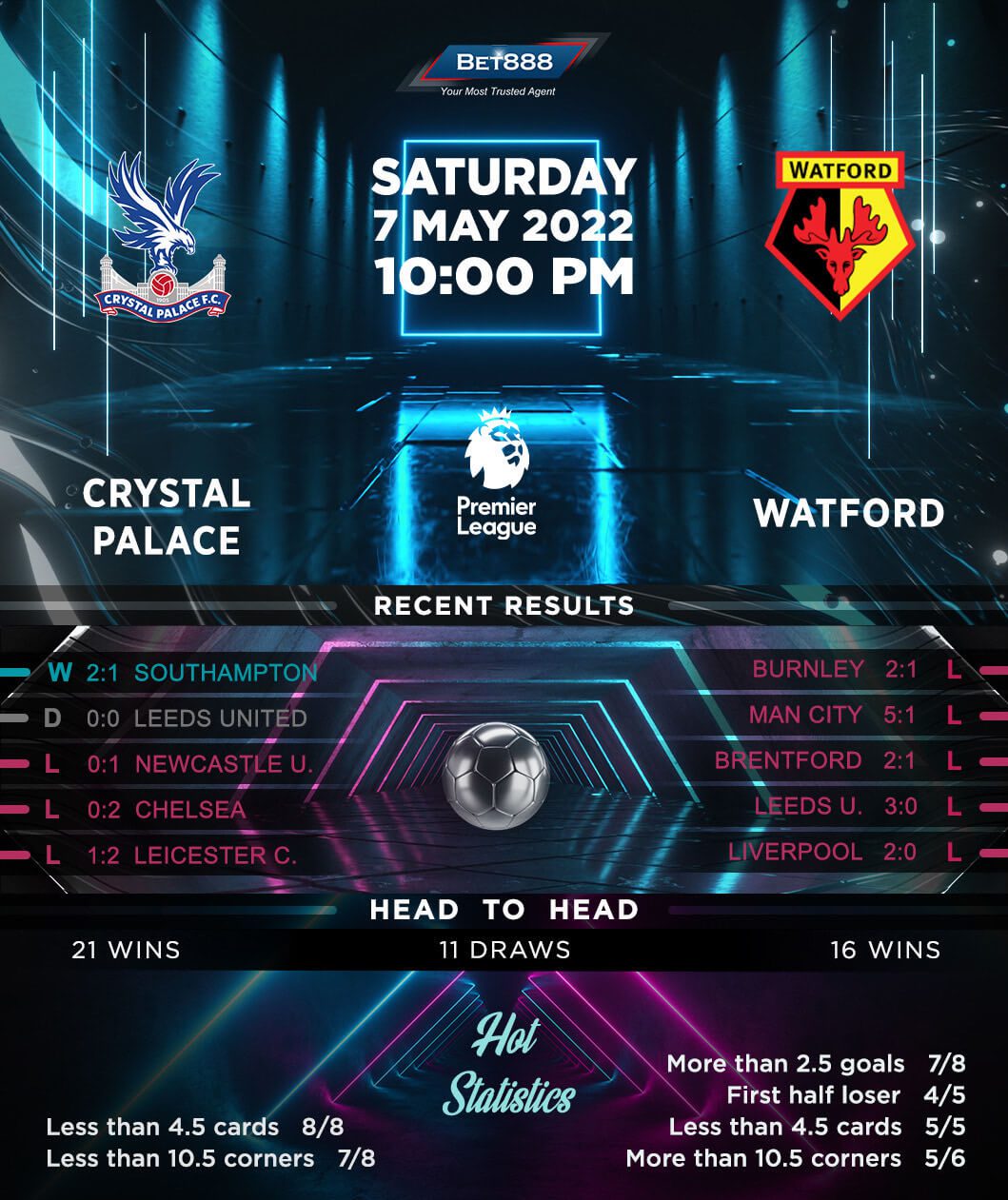