DGB Daegu Bank Park is the venue as Daegu and Jeju United go head-to-head in a mouth-watering K League 1 showdown.

Things are not going well for Daegu these days. Despite taking the field on a seven-match unbeaten K League 1 streak, five of them have ended level (W2), including the last two on the trot. Action at the DGB Daegu Bank Park could be back and forth, given that those five draws have seen both teams scoring. What’s more, three of Daegu’s last five top-flight home meetings with Jeju United have featured 4+ goals. Unfortunately for the home faithful, each such encounter witnessed Alexandre Gama’s side concede 2+ goals and fail to win (D1, L2). On a more positive note, they have netted over 1.5 goals in all three home league outings since the start of May (W2, D1).

In the meantime, travelling Jeju United have enjoyed a noticeable upturn in form ahead of this round, going from consecutive winless league games (D1, L1) to back-to-back triumphs. But with table-topping Ulsan Hyundai seven points away, the visitors can ill-afford to rest on their laurels. Since an enthralling 2-2 draw at Incheon United in early April, none of Jeju’s last four away league matches have ended level (W3, L1). With three of those four results (win/loss) seeing the winner open the scoring, a fast start will be vital to Jeju’s hopes of landing another triumph on hostile turf. 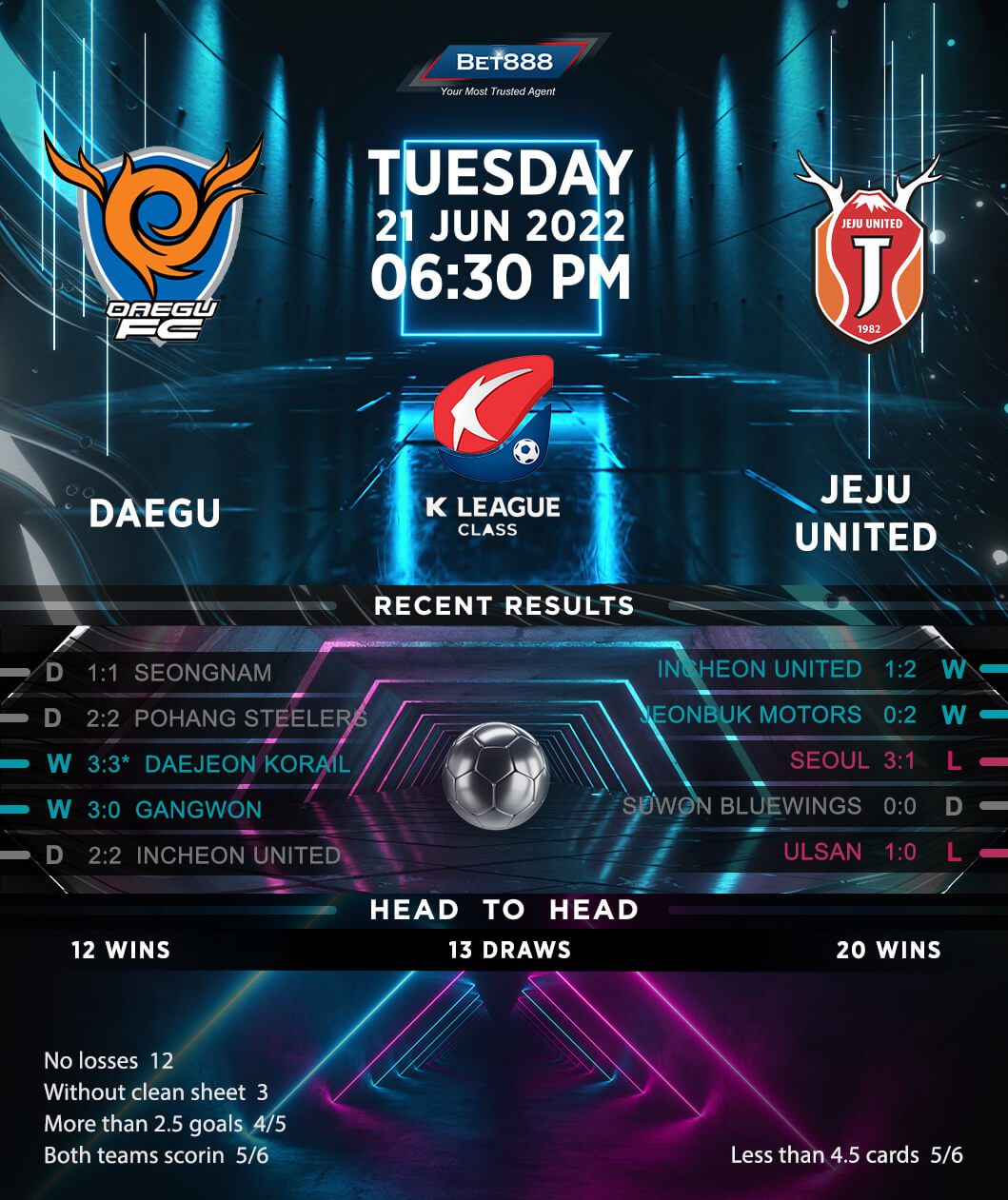