Dalian Pro’s four-match unbeaten start to the new Chinese Super League season (W1, D3) came to a halt last time out as they slipped to a 2-0 away defeat to Shandong Taishan. After scoring precisely twice in their opening two league fixtures, the hosts have now netted under 1.5 goals in their last three top-flight outings on the trot. A lack of scoring proficiency could pose a threat to Dalian’s hopes of maintaining their 100% unbeaten ratio in home league H2Hs (W4, D2). Last season included, the ‘Blue Hawks’ have scored one goal or fewer in six of their seven previous home league games, further underlining their growing scoring problems.

On the other hand, Henan Songshan Longmen have enjoyed a stellar start to the season, going undefeated in all five Chinese Super League fixtures in 2022 (W3, D2). With table-topping Wuhan Three Towns two points clear, the visitors will be looking to bounce back from a scoreless away draw with Changchun Yatai last time out. Henan’s bid to whittle down a slender deficit has a strong foundation in their away showings this term, with the ‘Red Devils’ keeping a clean sheet on both top-flight travels in the 2022 campaign (W1, D1). The visitors have been equally impressive at the other end of the field this season, netting a league second-high 12 goals thus far. 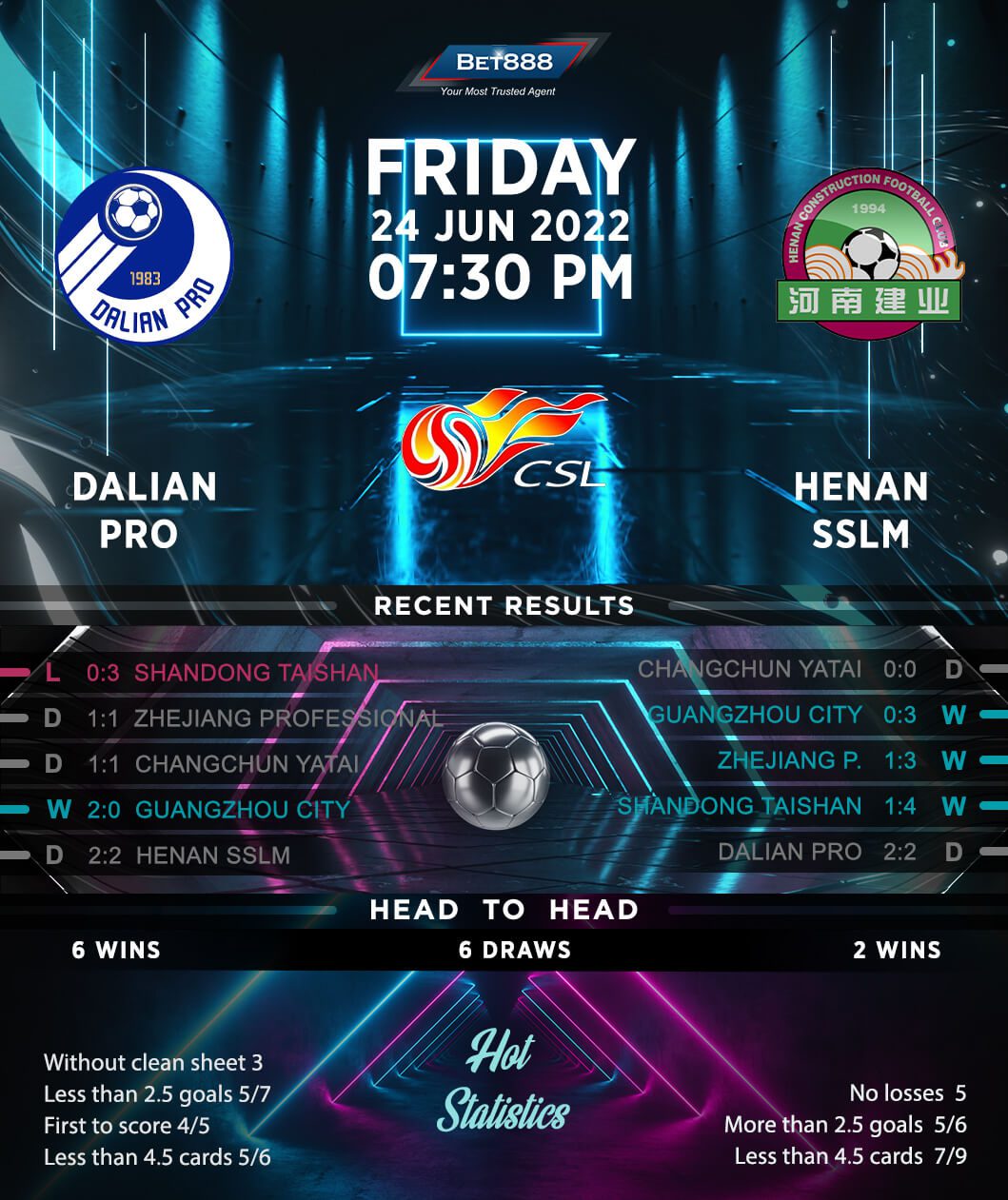