Estadio Mendizorrotza is the venue as 19th-placed Deportivo Alaves and 17th-palced Granada go head-to-head in a La Liga relegation six-pointer.

Deportivo Alaves cannot catch a break, as after going winless in their last four La Liga outings (D2, L2), they enter this round trailing bottom-placed survivours Granada by three points. But a victory in this H2H could turn things around for Alaves, who have only won two of their last seven top-flight meetings with this opposition (L5). On the bright side, ‘El Glorioso’ are unbeaten in seven of their eight home H2Hs in all competitions (W4, L3), winning two of their three such match-ups in La Liga (L1). Worryingly, though, since the appointment of Jose Luis Mendilibar as the new head coach back in December, Alaves have managed just one win from their ten La Liga matches (D4, L5), failing to get on the scoresheet six times in the process.

Meanwhile, things are not looking pretty for Granada, even though they are still floating above the bottom three. With no win from their ten La Liga fixtures (D3, L7), the visitors are experiencing their longest winless streak in Spain’s top-flight since a run of 13 in 2016/17 when they ominously suffered relegation to the Segunda Division. Playing away from home has been a nightmare for Granada, as they’ve won none of their last eight La Liga games on the road (D3, L5), including four successive defeats in the build-up to this travel. Since the calendar year flipped to 2022, the ‘Nazaries’ have failed to score in three of their five away league fixtures. Indeed, only three sides have netted fewer goals on hostile turf than Granada (11) this La Liga season. 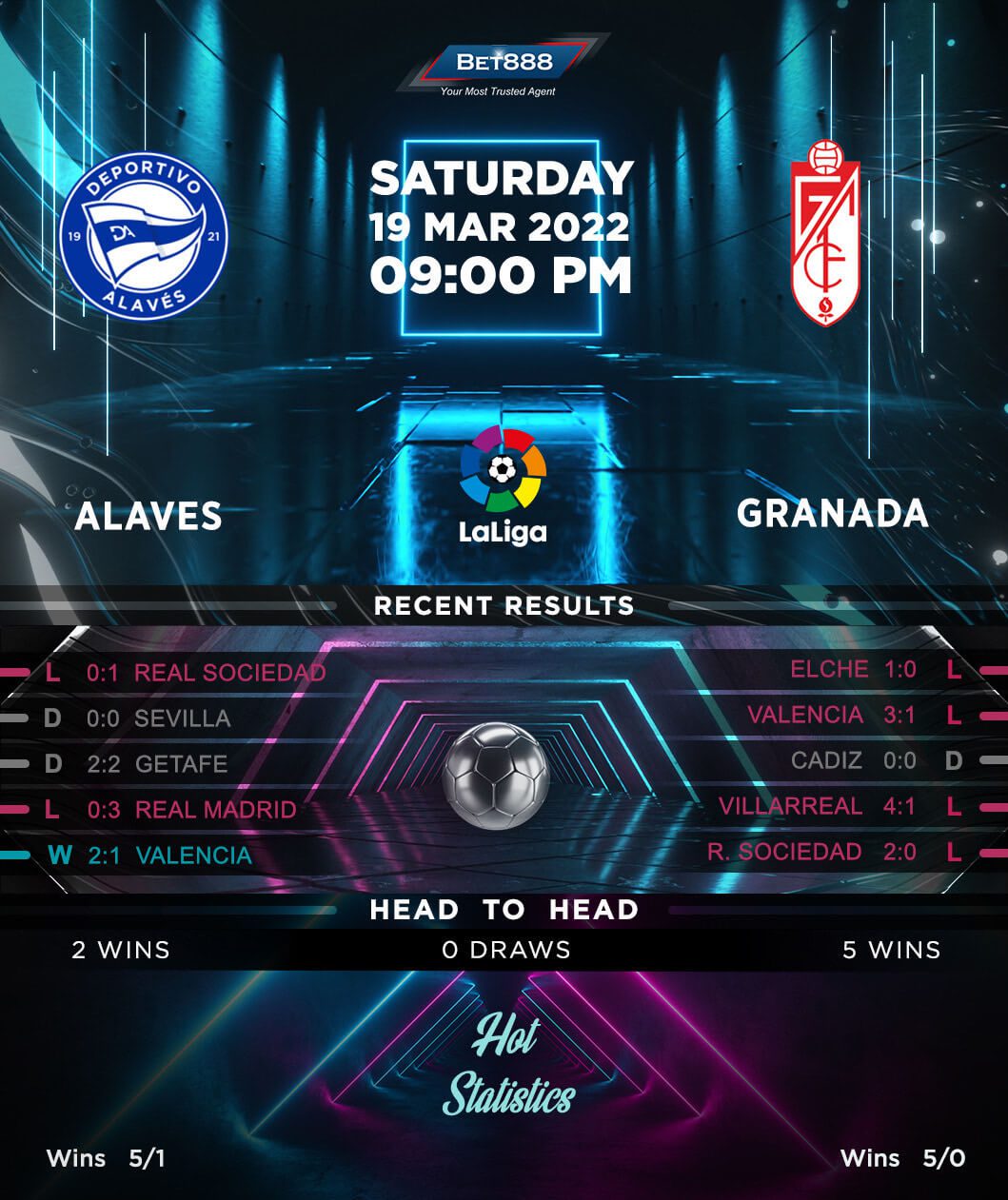