Dynamo Kiev needed extra time to down a ten-man Fenerbahce 2-1 last time out and get one step closer to reaching the Champions League group stage for the third season in a row. Despite lacking competitive form due to Russia’s ongoing invasion of Ukraine, the Ukrainian heavyweights will feel confident about taking a first-leg lead to Austria. Indeed, Kiev’s formidable all-time record against Austrian clubs in European football (W12, D2, L4) waxes lyrical about their bid to reach the playoff final. The abovementioned triumph over Fenerbahce helped Mircea Lucescu’s side post their first Champions League victory since December 2020, arresting an underwhelming run of seven winless outings in Europe’s elite club competition (D2, L5).

On the other hand, Sturm Graz head into proceedings in high spirits following an impressive 2-1 home victory over RB Salzburg to get off the mark in the 2022/23 Austrian Bundesliga season (W1, D1). While they should be the sharper of the two sides, at least in theory, Sturm’s woeful defending away from home could prove costly. ‘Die Schwoazn’ have failed to keep a clean sheet across their last 13 Champions League road trips (W2, D4, L7), highlighting the potential for a leaky midweek. Yet, Sturm can draw confidence from an undefeated competitive record versus Ukrainian adversaries (W1, D1). On top of that, they came out 2-0 victors in their only previous meeting with Kiev, though it was a friendly fixture. 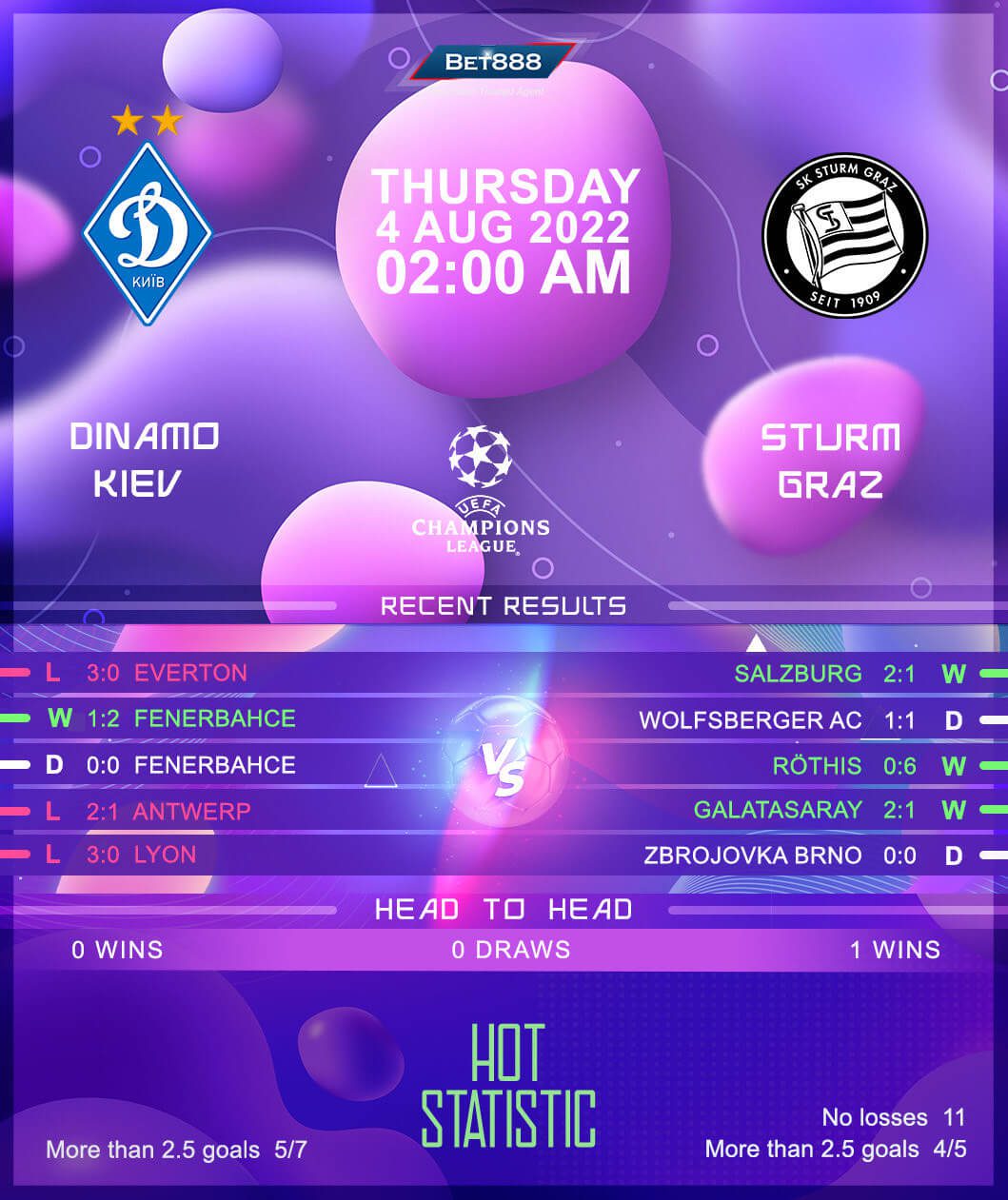