Ecuador’s hopes of making it out of the Copa America 2021 group stage are up in the air as they tackle Peru at the Estádio Olímpico Pedro Ludovico.

Ecuador’s Copa America 2021 journey has started with a whimper rather than a bang as they head into this meeting winless in their opening two matches in the competition (D1, L1) and bottom of Group B. CONMEBOL’s second-lowest FIFA ranked nation lament a disappoint recent Copa record, having claimed just one victory in their last nine tournament fixtures (D4, L4). However, there was plenty of excitement across that nine-game sequence – six of those contests featured over 2.5 goals, including a 2-2 H2H stalemate in 2016. Interestingly, none of the last five international encounters between Ecuador and Peru have ended level (W2, L3), with three of them yielding the identical 2-1 scoreline. Gustavo Alfaro’s men will be keen to sharpen their instincts in front of goal after netting just twice from 27 attempts in the competition so far.

On the other hand, Peru secured a crucial 2-1 win over Colombia on Matchday 2, bouncing back from a horrendous 4-0 loss to Brazil in their Copa America 2021 opener. Both of Peru’s Copa matches this summer have seen the opening goal scored within 17 minutes and subsequently featured 2+ second-half goals. Despite coming into this clash as slight underdogs, the Peruvians have plenty of reason for optimism after suffering just three losses in their last 13 Copa America fixtures (W6, D4 – 90 minutes only). Additionally, Ricardo Gareca has lost just two of his six games against Ecuador since taking charge of Peru (W3, D1). On top of that, ‘La Blanquirroja’ have been fun to watch recently, with six of their last seven internationals containing over 2.5 total goals. 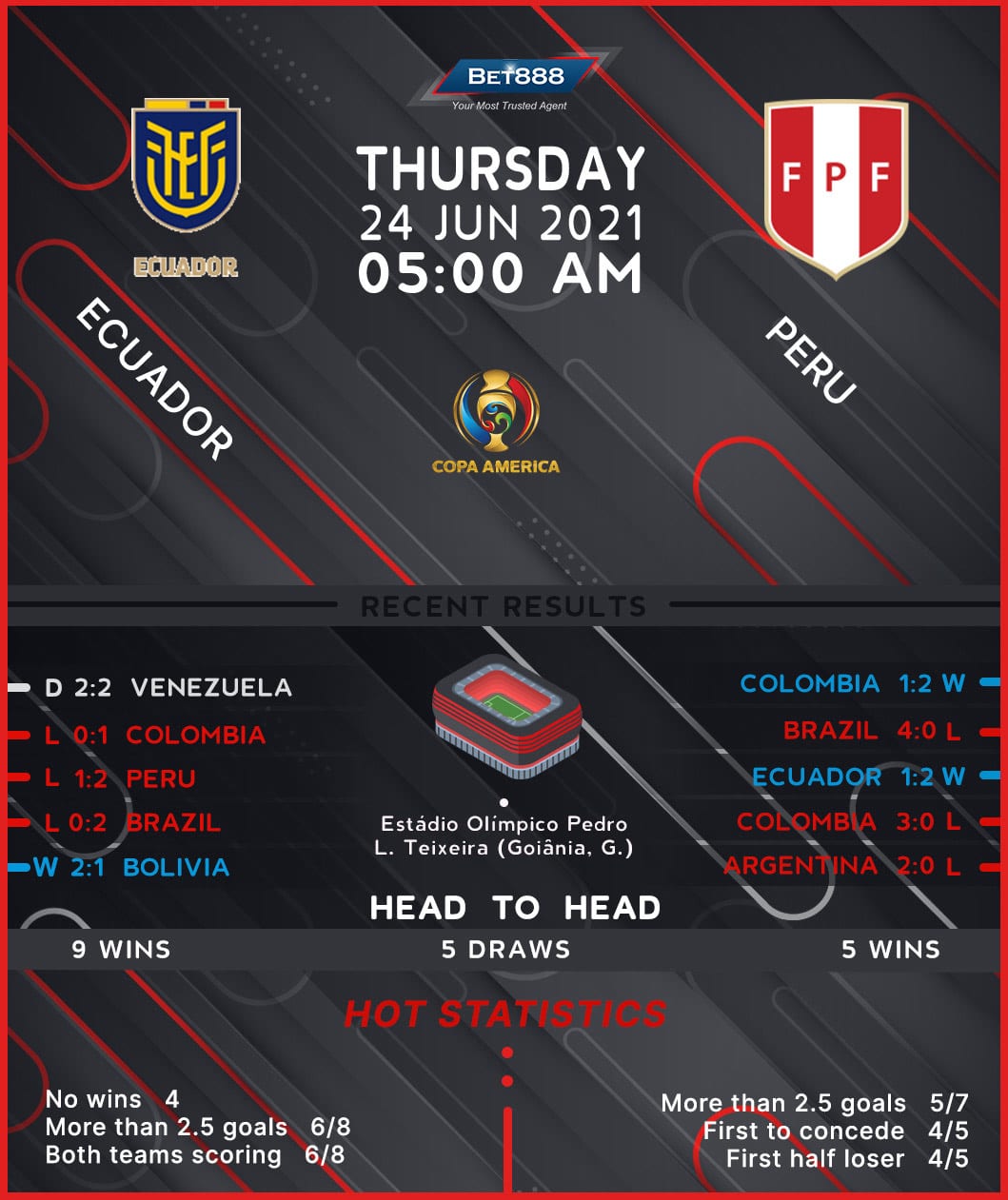