Eintracht Frankfurt and TSG Hoffenheim are set to trade tackles at the Deutsche Bank Park in an exciting top-half Bundesliga showdown.

Frankfurt’s hopes of another top-six Bundesliga finish are essentially over following an underwhelming 2-0 loss at Union Berlin last time out, as they head into proceedings trailing sixth-placed Union by a whopping eight points. Since a 2-1 home triumph over Bochum in mid-March, ‘Die Adler’ have gone winless in their last four Bundesliga outings (D2, L2), failing to get on the scoresheet in three of them. Despite succumbing to an action-packed 3-2 defeat in the reverse fixture, Frankfurt can draw confidence from their three-game winning home league streak against Hoffenheim. However, Oliver Glasner’s men have racked up just one win in their last seven Bundesliga matches at the Deutsche Bank Park (D1, L5), d

rawing a blank on four occasions during that spread of fixtures.

As for Hoffenheim, a lacklustre goalless home draw with dead-last Greuther Furth last time out has extended their dismal winless Bundesliga run to five games (D2, L3). After a brace of one-goal margin wins on the road, the Sinsheimers have suffered back-to-back 3-0 defeats in their last two away league fixtures. It will be up to head coach Sebastian Hoeneß to spark Hoffenheim’s attacking game into life to bolster the visitors’ bid to avoid going three consecutive Bundesliga away matches without scoring for the first time since 2011. Scoring may not be Hoffenheim’s only concern here, as their defensive frailties have witness them keep a single clean sheet across their last 12 Bundesliga travels. They have conceded 2+ goals in nine of their 12 outings, highlighting the potential for another leaky weekend. 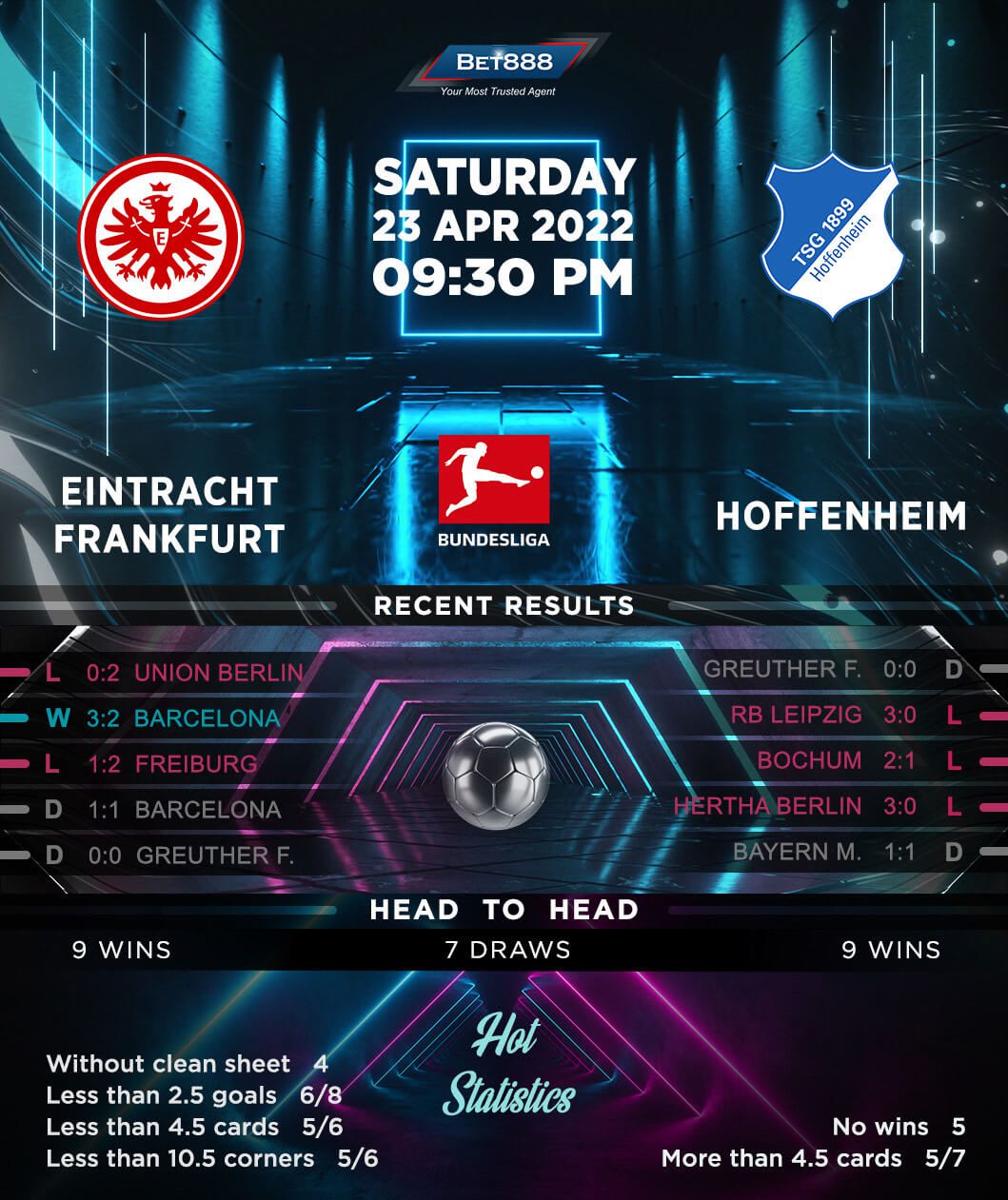