Deutsche Bank Park is the venue as Eintracht Frankfurt hope to cling on to a 2-1 first leg lead over West Ham United and seal their first appearance in a major European final since 1980.

Eintracht Frankfurt enjoyed a stellar Europa League Group D campaign in the autumn, going unbeaten in all six group matches (W3, D3) before taking two major Spanish scalps in the two previous knock-out rounds. After ousting Real Betis in the round of 16, courtesy of the Spaniards’ last-gasp own goal, ‘Die Adler’ crash Barcelona out in the quarter-finals thanks to a stunning 3-2 win at Camp Nou. However, Frankfurt’s most recent foray into the Europa League semi-finals came to a halt at the hands of West Ham’s fellow Premier League rivals Chelsea, making it four defeats out of four against English sides in two-legged UEFA knock-out ties. Yet, the Germans have been victorious in all nine previous UEFA ties in which they won the first leg away from home. An underwhelming home form could be an issue, though, with Oliver Glasner’s side going unbeaten in their last six competitive outings at the Deutsche Bank Park (D4, L2).

In the meantime, West Ham head into proceedings having suffered a disheartening 2-1 home loss to cross-town rivals Arsenal last weekend, effectively ending their hopes of advancing to major European competition next season. Winless in six of their last seven competitive matches (D2, L4), including three defeats in a row ahead of the kick-off, David Moyes’ men are not in good shape to turn this tie on its head. Indeed, the ‘Hammers’ have the history books to defy after suffering elimination in three of the four previous UEFA knock-out ties in which they lost the first leg at home. What’s more, West Ham have been beaten in six of their last seven away games across all competitions (W1), failing to get on the scoresheet in four of them. 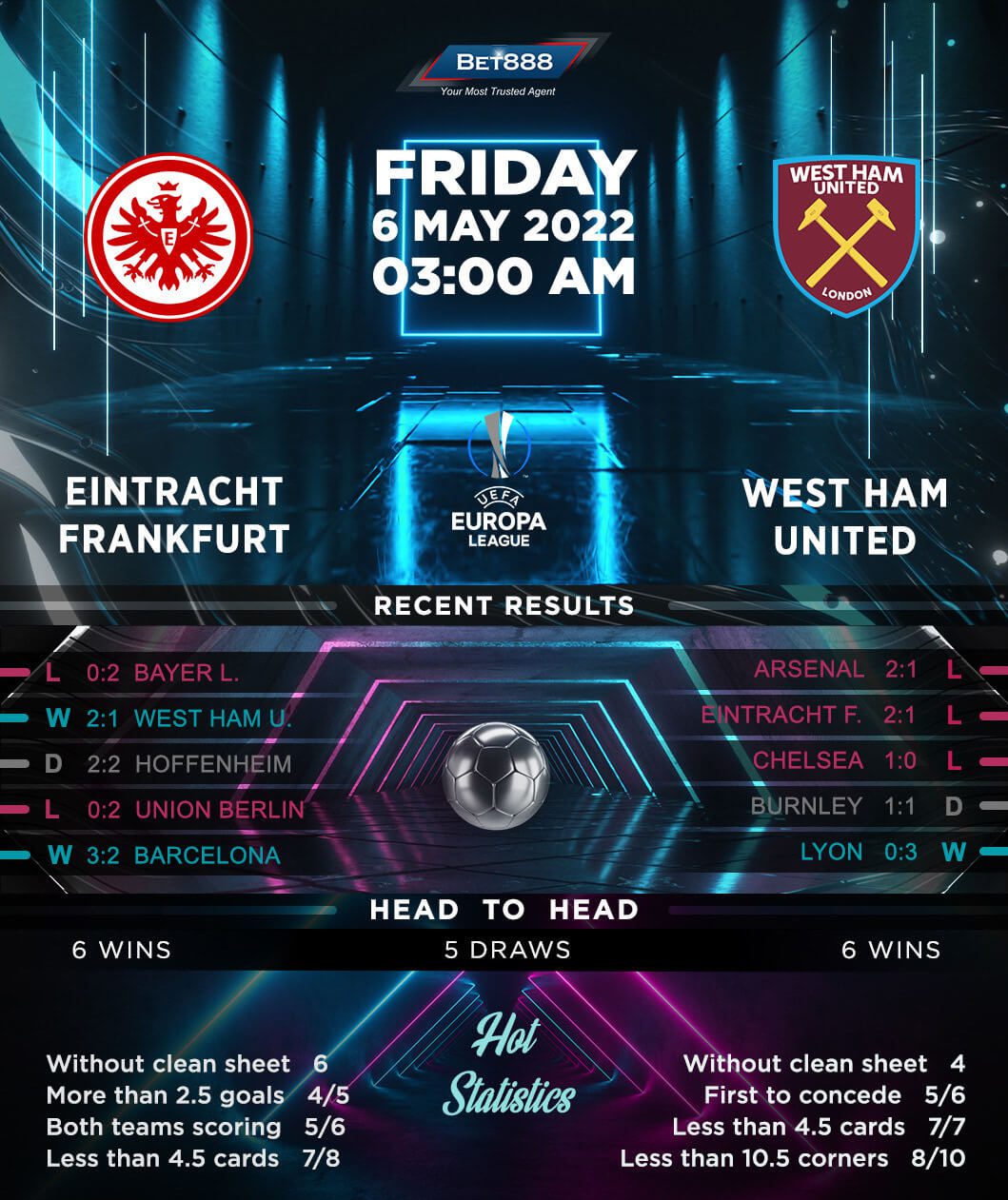