Elche’s narrow 1-0 home triumph over Levante last time out put the brakes on a dismal seven-game winless La Liga run (D3, L4), marking their first clean sheet in the league since mid-February. Despite fighting tooth and nail to escape from the drop zone, the hosts have been impressive at home lately, having avoided defeat in their last six home La Liga matches (W3, D3), four of which featured under 2.5 total goals. To keep that run going, ‘Los Franjiverdes’ will have to prevent Atletico from scoring the opening goal, considering they’ve failed to win any of the 19 league games in which they conceded first this season (D5, L14). To their credit, Fran Escriba’s men have lost just one of their three home encounters with the current top-four sides in the standings this term (W1, D1, L1).

Following back-to-back wins over relegation-threatened sides Huesca and Eibar by an aggregate score of 7-0, Atletico Madrid succumbed to a 2-1 away loss to Athletic Club last time out. The visitors enter this round frantically looking over their shoulders as they hold a slim two-point lead on closest followers Real Madrid and Barcelona. Away from home, ‘Los Colchoneros’ have alternated draw (2) and defeat (2) in their last four La Liga fixtures since beating Villarreal 2-0 on Matchday 25, netting under 1.5 goals on each occasion. Indeed, Diego Simeone’s men have registered just 38.33% of their total La Liga goals scored this season on the road (23/60), managing an average of 1.43 goals per league trip so far. But they have won each of their last five top-flight meetings with Elche via at least a two-goal margin, including a 3-1 victory in the reverse fixture back in December. 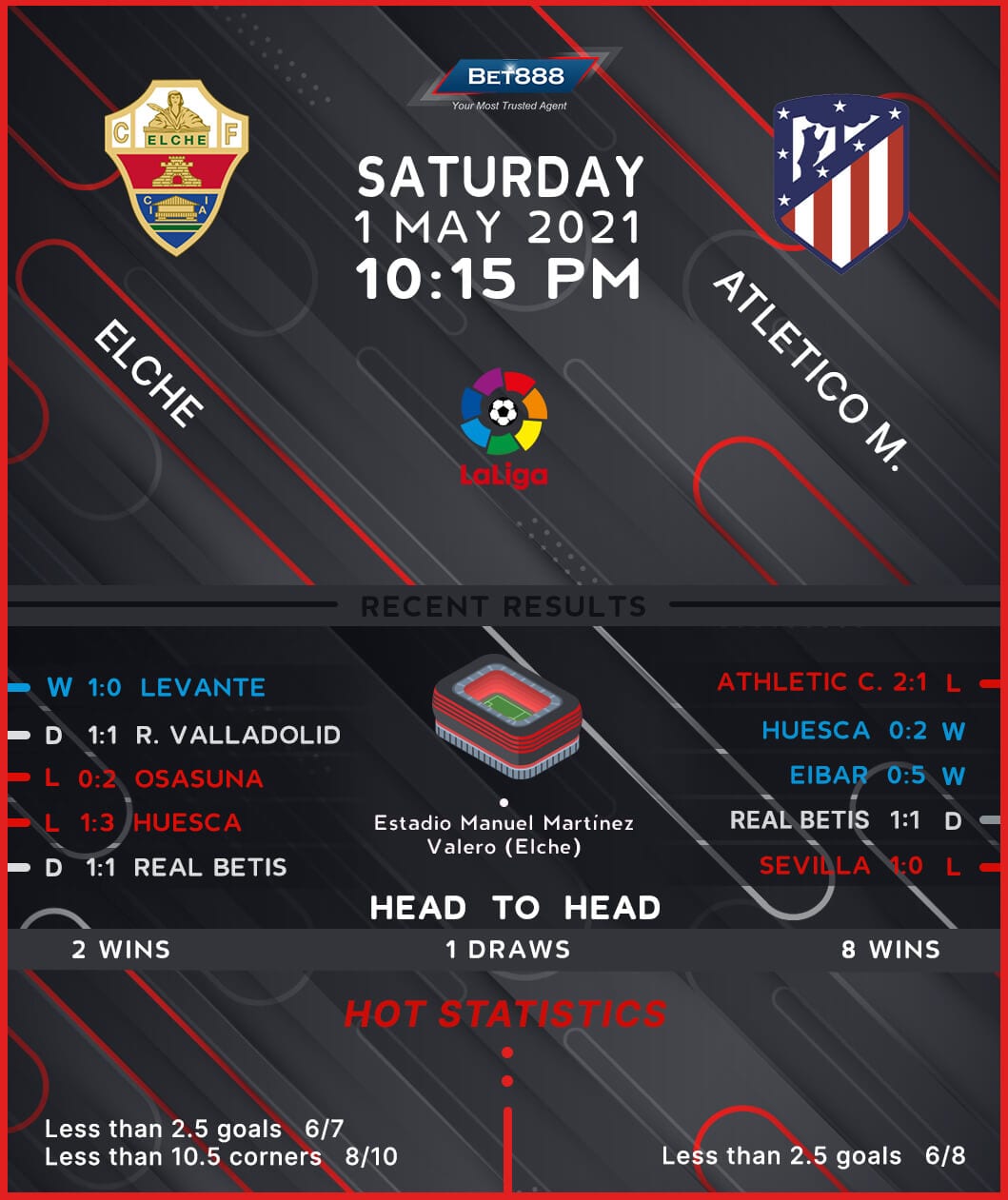