Barcelona’s pursuit of a coveted La Liga top-four finish continues this weekend as they travel to the Estadio Manuel Martínez Valero to take on bottom-half Elche.

Since holding Real Madrid to a heroic 2-2 draw in the nation’s capital back in January, Elche have alternated between victories (2) and defeats (2) across their last four La Liga outings. Interestingly, both of those triumphs in that four-game sequence saw Elche come from behind to claim all three points, while each defeat witnessed ‘Los Franjiverdes’ lose by 2+ goals ‘to nil.’ Yet, Francisco’s men have developed into a force to be reckoned with at home of late, going unbeaten in each of their last five La Liga matches at Manuel Martínez Valero (W4, D1). Indeed, Elche head into proceedings on a run of three consecutive league wins at home, their best such streak in Spain’s top-flight since 1977. Yet, they’ve lost ten of their last 11 La Liga meetings with Barcelona without scoring!

In the meantime, Xavi’s men will take the field in high spirits following back-to-back La Liga wins over Valencia and Athletic Bilbao, both of which saw them score four goals apiece! Barcelona are enjoying a run of ten La Liga matches without defeat (W6, D4), their longest such streak in the competition since April 2021. Adding to Barca’s confidence, they have amassed the league’s joint-highest 17 La Liga points since the calendar year flipped to 2022 (W5, D2), netting an average of 2.42 goals per game in the process. Another successful weekend is seemingly on the cards, as the ‘Blaugrana’ have won each of their last five La Liga meetings with Elche, keeping a clean sheet on four occasions! By extension, Barcelona are unbeaten in 18 successive La Liga H2Hs (W14, D4) since losing 1-0 in 1974! 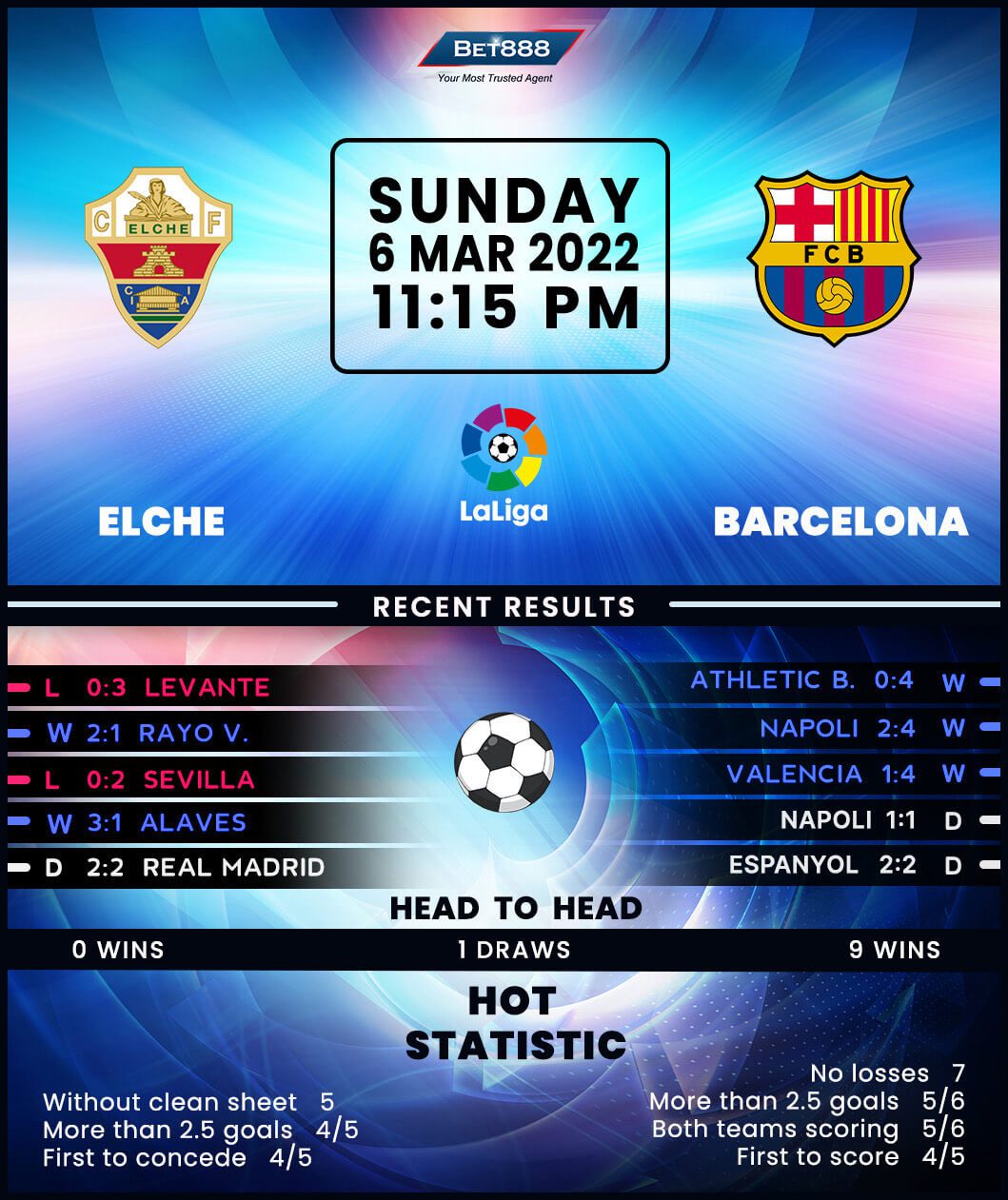