Elche and Valencia are set to trade tackles in a mid-table La Liga fixture at the Estadio Manuel Martínez Valero.

Despite their indifferent four-game La Liga form (W2, L2), Elche find themselves tucked in mid-table comforts, eight points clear of relegation-threatened Cadiz. After claiming an all-important 1-0 victory away to Granada last time out, Francisco’s side could post back-to-back top-flight wins for the second time in 2022. However, Elche’s recent H2H La Liga record against Valencia suggests otherwise, as ‘Los Franjiverdes’ have succumbed to a staggering 16 defeats in their last 19 such match-ups (W2, D1), including a 2-1 loss in the reverse fixture at Mestalla. There is a silver lining for the hosts, though, as they’ve racked up four triumphs from their six home league outings under Francisco’s stewardship (D1, L1), having won just one of their six previous such fixtures (W1, D4, L2) under former boss Fran Escriba.

In the meantime, Valencia’s run of consecutive La Liga wins was brought to a halt last time out, courtesy of an uneventful goalless draw away to Getafe. But the visitors have shown signs of improvement following an underwhelming start to the season, picking up three victories from their last seven La Liga away matches (D1, L3), as many as in their previous 37 road trips in the competition beforehand (D12, L22). ‘Los Murcielagos’ must be lining up another success at Elche after winning five of their last seven La Liga away H2Hs (L2), though both of those defeats came in three encounters in the 21st century. Conceding first may not necessarily dent Valencia’s chances of taking home all three points. Jose Bordalas’ men have rescued a league-high ten points from losing positions away from home this La Liga season (W3, D1, L4). 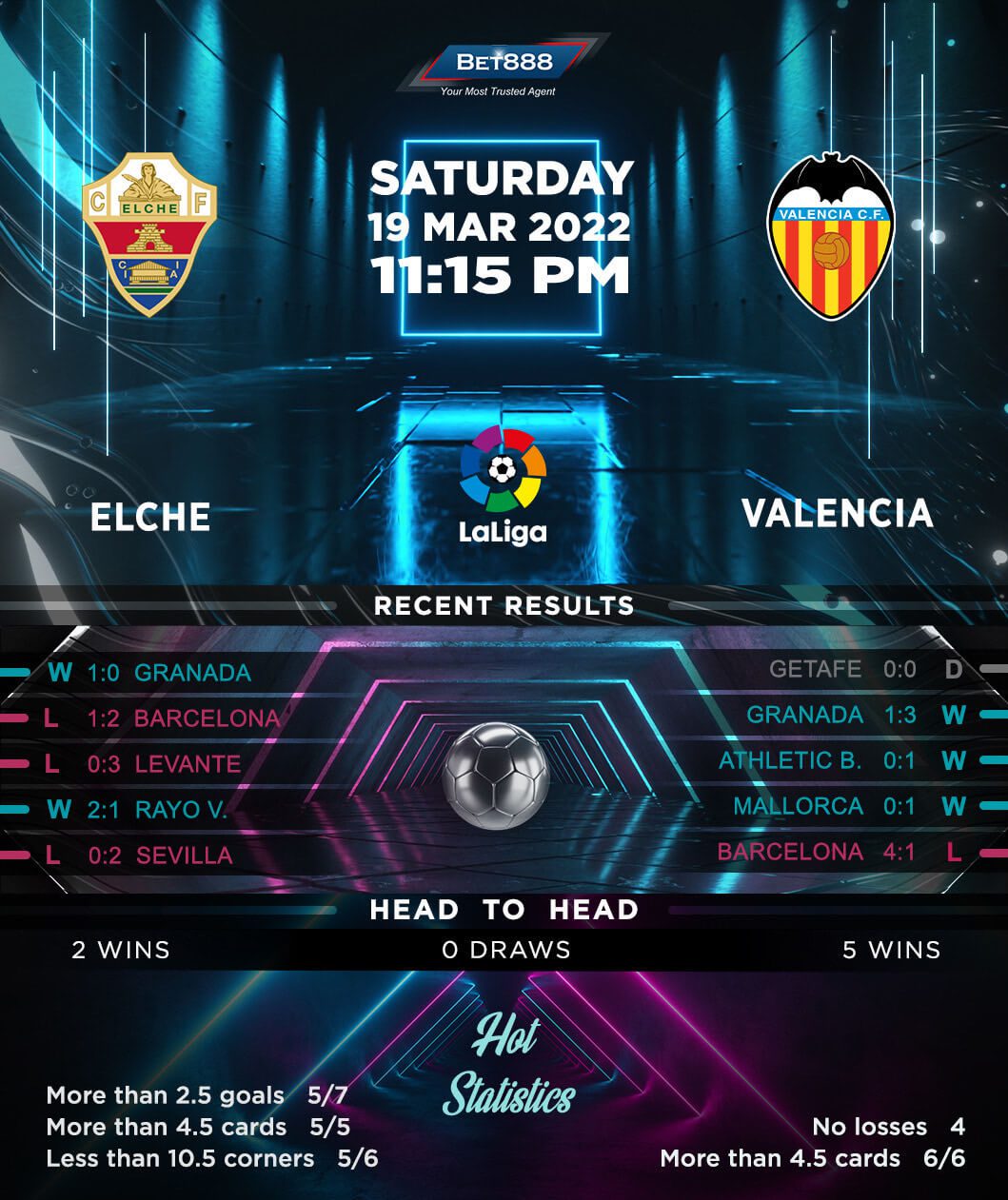