Atalanta will look to return to winning ways in Serie A when they take on Empoli at the Stadio Carlo Castellani.

Empoli have blown hot and cold in Serie A this season as they head into proceedings as one of just four Italian sides yet to draw a top-flight match this term (W3, L4). By extension, Empoli’s last Serie A stalemate dates back to April 2019, with six wins and seven top-flight defeats for the ‘Azzurri’ since then. Despite their topsy-turvy start to the season, Carlo Castellani has been a venue of entertainment so far, with each of Empoli’s four Serie A fixtures here featuring 3+ total goals (W1, L3). Against this backdrop, we could be in for a low-scoring affair, as three of their last four Serie A H2Hs here have seen one or both sides fail to get on the scoresheet in matches garnering under 2.5 overall goals.

Meanwhile, Atalanta slumped to AC Milan at home last time out, succumbing to a 3-2 defeat as they go into this matchday trailing fourth-placed Roma by four points. However, bringing the 2020/21 campaign into the equation, the visitors are unbeaten in their last nine Serie A matches on the road (W6, D3), netting 2+ goals in 66% of those games. But, Atalanta’s all-time Serie A record at Carlo Castellani is perfectly balanced (W3, D3, L3), suggesting this might not be a walk in the park for Gian Piero Gasperini’s side. Notably, though, Atalanta’s cagey entries have seen them concede only four first-half goals across their last 19 Serie A fixtures away from home, a sequence that yielded just a single loss (W11, D7, L1). 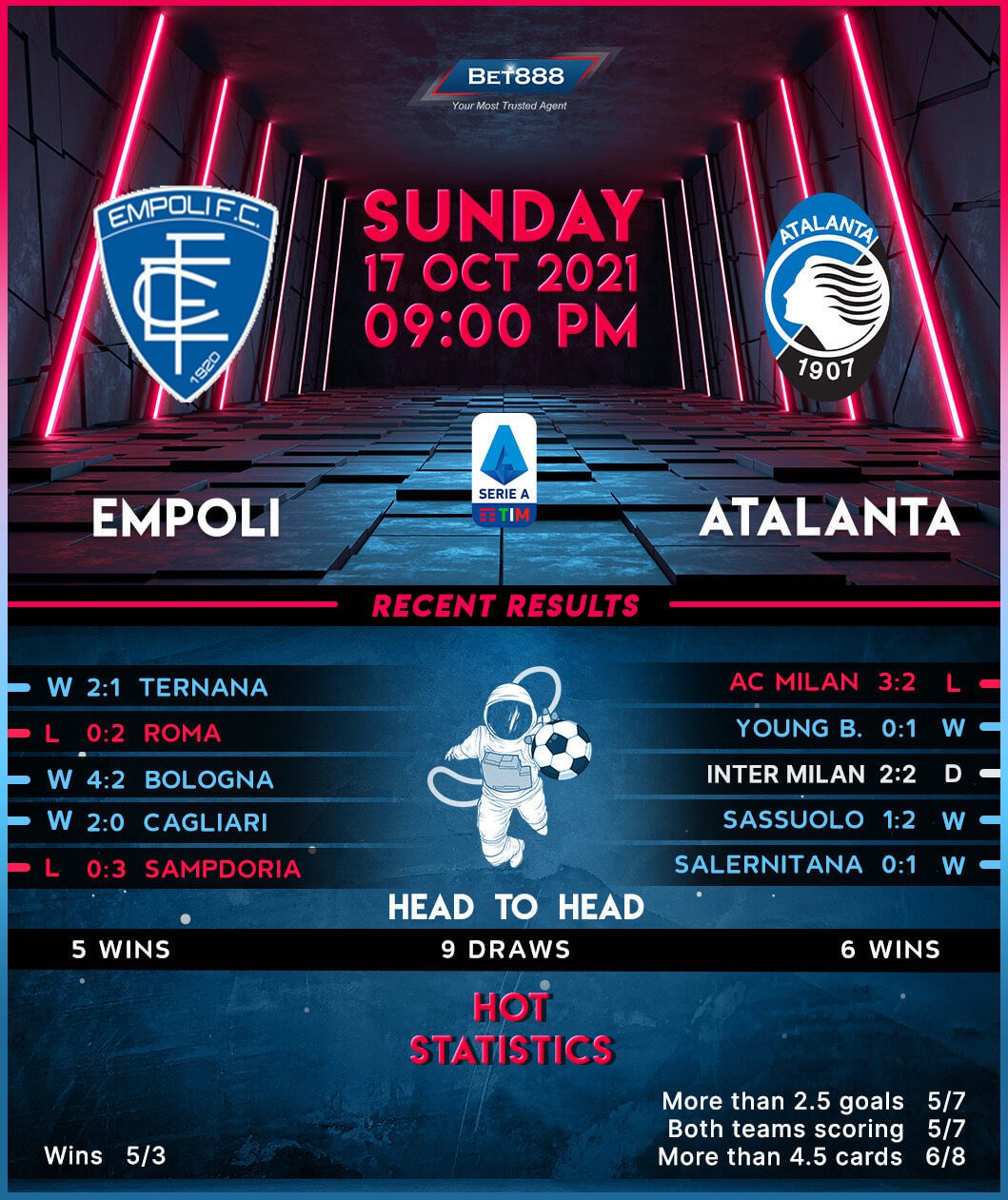