Mid-table bragging rights are up for grabs as 12th-placed Espanyol welcome 11th-placed Celta Vigo to the RCDE Stadium in an exciting La Liga match-up.

Though there’s nothing but a goal difference to separate the sides ahead of the kick-off, Espanyol will feel confident about coming out on top after losing just one of their last eight La Liga H2Hs at home (W1, D6). A heartbreaking 1-0 loss away to Real Sociedad last time out halted Espanyol’s three-game unbeaten league streak (W2, D1), giving the RCDE outfit a taste of their own medicine. Indeed, 66% of Espanyol’s La Liga triumphs this season have come ‘to nil,’ highlighting the importance of scoring first. That should not be a problem for ‘Los Periquitos’ as they’ve opened the scoring in La Liga’s joint-high 11 home matches this season. Moreover, Vicente Moreno’s men have gone from four home league games without winning (D2, L2) to back-to-back victories without conceding.

In the meantime, Celta’s patchy form has seen them go winless in their last three La Liga fixtures (D1, L1) since a ‘goal-friendly’ 4-3 victory over Mallorca in early March. A lack of the finishing touch has been Celta’s Achilles heel lately. Eduardo Coudet’s men netted just once during the abovementioned three-game sequence. Furthermore, ‘Los Celestas’ have drawn a blank in four of their five previous La Liga away matches (D2, L3), including the last three in a row. Another underwhelming weekend is looming, as Celta are winless in nine of their ten La Liga travels to Espanyol (D3, L6). Conceding first would cement another disappointment for the travelling team, given they’ve lost all four La Liga away games after shipping the opening goal this season. 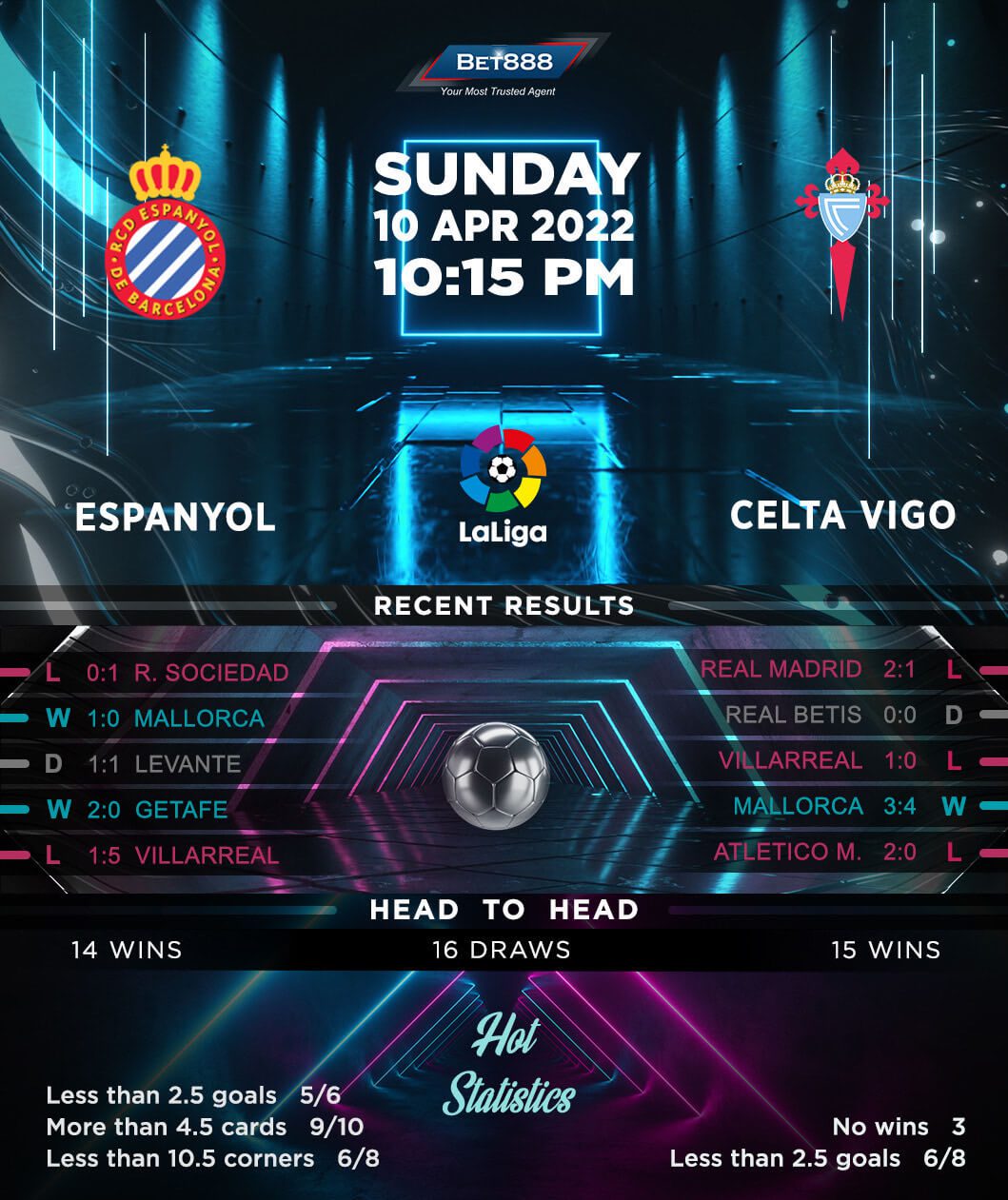