The Kehrwegstadion plays host to a tasty-looking Belgium Cup semi-final tie between Eupen and Anderlecht.

Eupen have experienced a stuttering start to the new calendar year, alternating between draws and defeats across their opening four competitive matches of 2022 (D2, L2). What’s even more worrying is that Stefan Kramer’s side failed to get on the scoresheet in three of those four fixtures, which hasn’t been the case in any of their last four H2Hs. A run of three consecutive home defeats by an aggregate score of 8-0 can hardly offer the ‘Pandas’ any reason for optimism. Indeed, you have to go back to early December to find Eupen’s last home goal in competitive action. However, they will draw confidence from going unbeaten in each of their last four home meetings with Anderlecht (W2, D2), netting precisely twice in both of those triumphs.

As for Anderlecht, a narrow 1-0 away loss to Union Saint-Gilloise at the weekend made it two defeats without scoring in a row, which contrasts their form beforehand. Indeed, before losing their last two matches, Vincent Kompany’s men had gone unbeaten in their previous 11 competitive fixtures (W7, D4 – 90 mins only), including a 3-0 thrashing of Kortrijk in the last Belgium Cup round. Scoring first could be of the utmost importance here, with each of Anderlecht’s last four away games (won/lost) seeing the winner on the day keep a clean sheet. Still, the ‘Purple & White’ have shown tremendous mental fortitude this season, coming from behind to avoid defeat in 57% of their top-flight matches when conceding the opening goal. 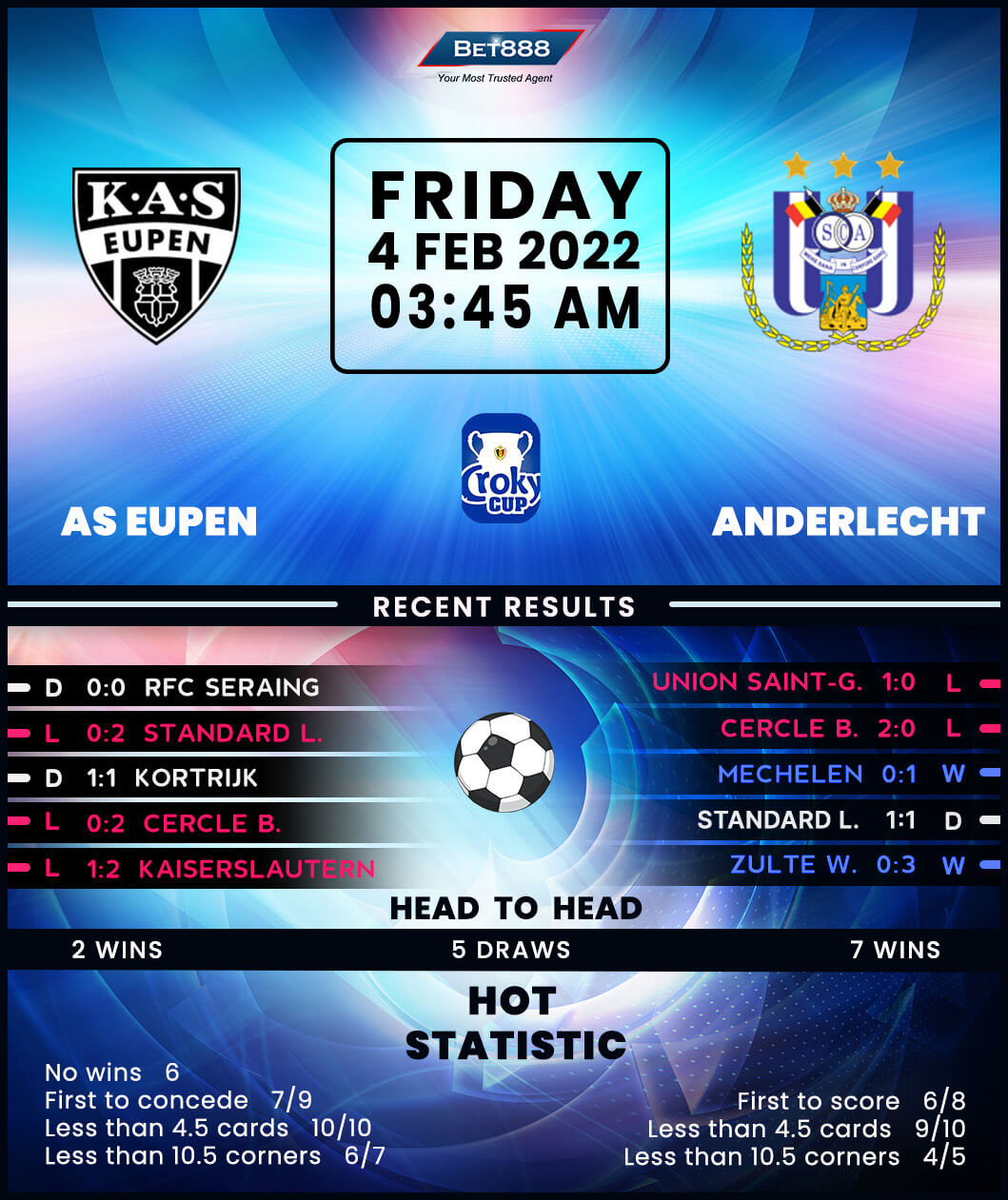