Goodison Park is the venue as underperforming Everton and Leeds United go head-to-head in a bottom-half Premier League showdown.

Frank Lampard’s managerial tenure at Goodison got off to a flying start as Everton thumped fellow Premier League rivals Brentford 4-1 in the FA Cup only to lose 3-1 at Newcastle United in midweek. Coming into this matchday, the ‘Toffees’ have lost four consecutive Premier League matches, sliding to 16th in the table, only two points clear of the drop zone. Indeed, the hosts are enduring their worst losing streak in the competition since 2005. Everton’s home form in England’s top division does not offer much comfort either, with the Merseyside outfit suffering five defeats in their last seven league outings at Goodison (W1, D1). There is a silver lining, though, as they’ve only lost once in their previous nine Premier League encounters against Leeds (W4, D3), courtesy of a 1-0 reverse in this exact fixture last season.

On the other hand, Leeds United came from a 3-1 deficit to hold Aston Villa to an action-packed 3-3 draw in midweek, making it two Premier League games without winning in a row (D1, L1). Taking the lead is unlikely to ensure success for Marcelo Bielsa’s side, considering that only two teams have dropped more points from winning positions in the Premier League than the ‘Whites’ (17) this season. Last season’s victory at Goodison brought Leeds’ 13-game winless away league streak against Everton to a halt as they now aim to post back-to-back such triumphs for the first time since November 1976. However, after picking up just two wins from their 11 Premier League road trips this season (D4, L5), that prospect looks a bit far-fetched. 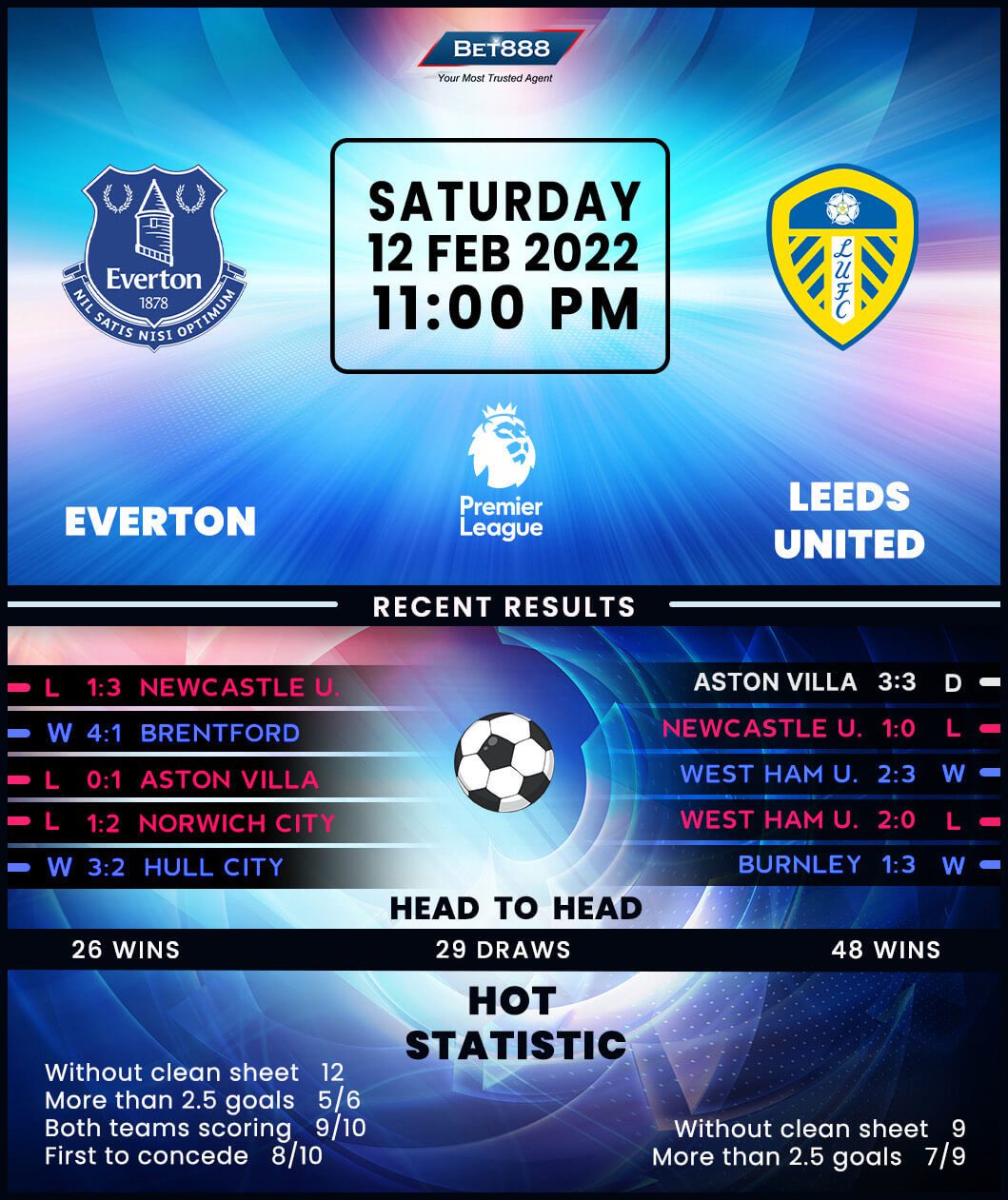