Everton and Manchester City will both be seeking all three points at Goodison Park, albeit for contrasting reasons, as the two sides go head-to-head in a handsomely-looking Premier League fixture.

Everton’s utmost efforts to reinforce their squad in the January transfer window, coupled with the appointment of Frank Lampard as their new manager, have yet to pay dividends. After losing five of their last six Premier League matches (W1), including a 2-0 defeat at Southampton last time out, the ‘Toffees’ have dropped to 16th in the table, only two points away from the relegation zone. Desperate to bring their disastrous four-game losing H2H league streak at home to a halt, Everton will draw confidence from winning both competitive games at Goodison under Lampard’s stewardship. But a lack of energy in the early exchanges has seen the Merseyside outfit score a league-low eight first-half goals this Premier League season, which represents a mere 29% of Everton’s total scoring tally (8/28).

Meanwhile, Manchester City have netted more Premier League goals in the first half of play (30) than Everton in total, with only Liverpool (70) beating their haul of 63 top-flight strikes this term. City’s impressive 15-game unbeaten Premier League run (W14, D1) was brought to a halt last time out as they fell to a goal-friendly 3-2 home loss to Tottenham Hotspur. Having allowed second-placed Liverpool to reduce the gap to only three points, Pep Guardiola’s men will feel obliged to maintain their eye-catching 12-match undefeated streak away from home in the Premier League (W10, D2). The ‘Cityzens’ have the record H2H record firmly on their side here, as they’ve only lost one of their last 17 Premier League encounters against Everton, winning each of the last eight on the trot. 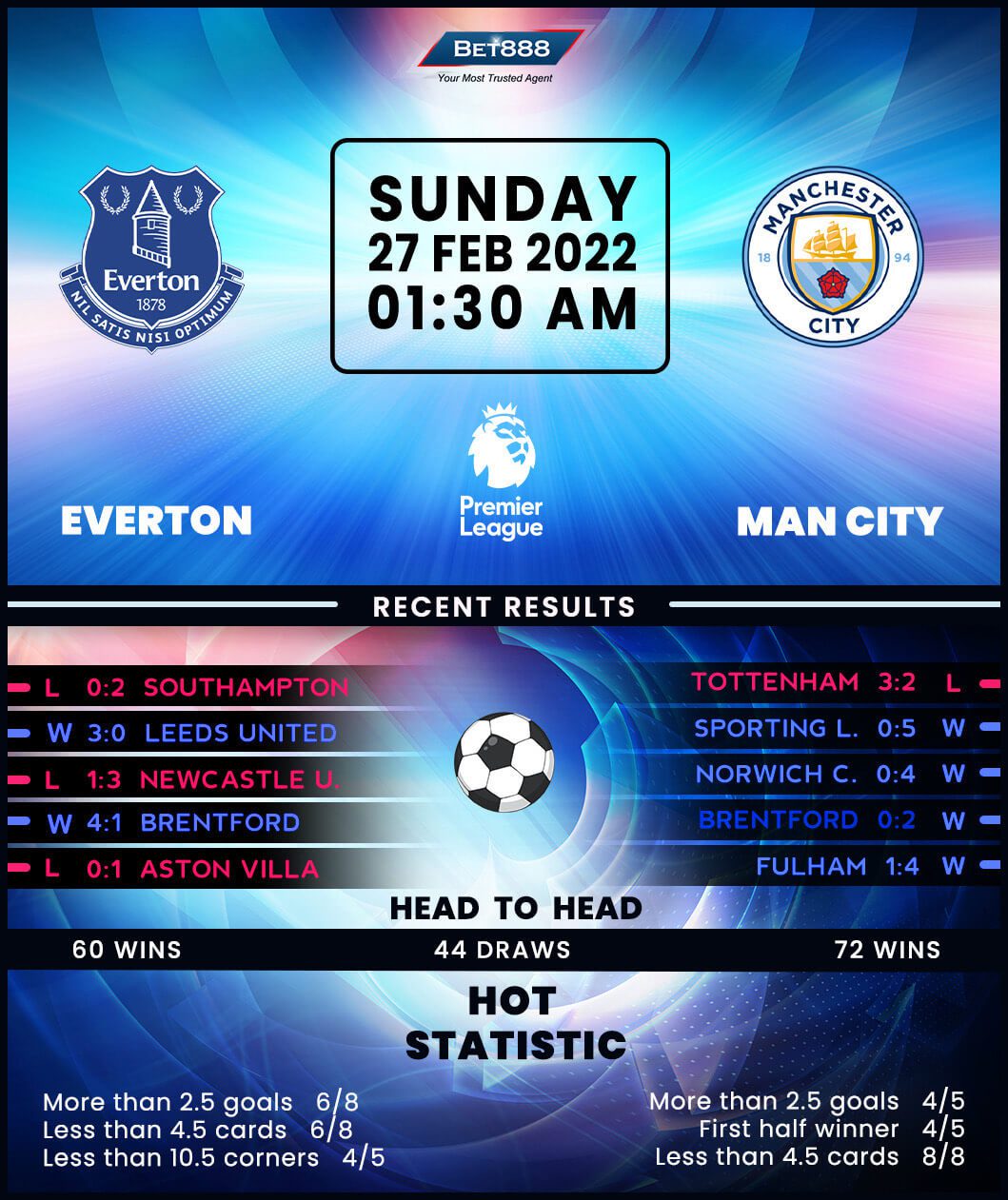