Everton’s heartbreaking 3-2 defeat away to fellow relegation rivals Burnley in midweek left them a single point clear of the drop zone, sparking fears amongst the Merseyside faithful. The ‘Toffees’ have now lost six of their last seven Premier League matches (W1), though their solitary success in that period came in their most recent outing at Goodison. A victory here would see Frank Lampard’s side win back-to-back home league games for the first time since September, yet their recent H2H record against Man United suggests otherwise. Except for a crashing 4-0 triumph in April 2019, Everton have gone unbeaten in 11 of their last 12 top-flight meetings with United (D6, L6). Moreover, a 3-1 defeat in this exact fixture in 2020/21 means they could lose successive home league H2Hs for the first time since 2007.

On the other hand, an underwhelming 1-1 home draw with mid-table Leicester City left Manchester United at a single win in four Premier League matches (D2, L1). With fourth-placed Tottenham Hotspur three points above them, the ‘Red Devils’ can ill-afford another slip-up, and their free-scoring form on the road could come in handy. Ralf Rangnick’s men head into this matchday as the only Premier League side to have scored in 100% of their top-flight away games this season, netting an average of 1.71 goals per match. What’s more, the three-time European champions have racked up 37 Premier League triumphs over Everton, their second-best record against specific opposition in England’s elite competition. But the visitors have struggled defensively, failing to keep a clean sheet in their last six Premier League outings away from home. 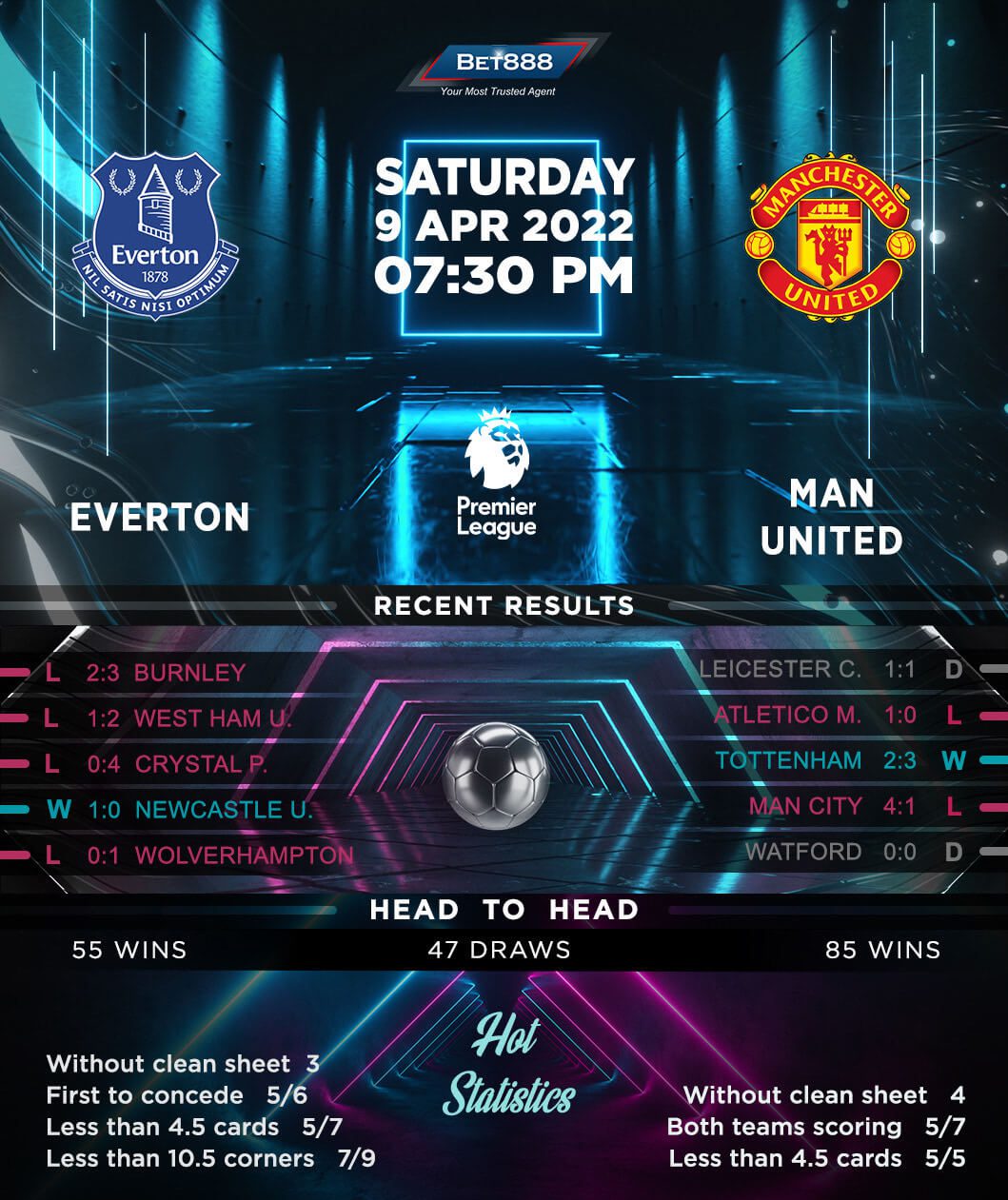