Everton and West Ham United are set to trade tackles in an exciting Premier League match-up at Goodison Park.

Everton have won each of their inaugural three Premier League home fixtures this season as they look to make it four in a row for the first time since 1978/79. That could be easier said than done, considering they’ve lost two of their last three top-flight H2Hs at Goodison Park (W1). However, the ‘Toffees’ can find some comfort in their eye-catching home showings this term, having prevailed by a two-goal margin in all three league matches here. Having recorded a vast majority (87.5%) of their home league goals scored this season in the second half of play (7/8), the hosts could be a genuine attacking threat beyond HT. Another bright spot has been Everton’s ability to grind out a result after conceding first, with Rafael Benitez’s side losing just one of the three Premier League games in which they let in the opening goal this term (W1, D1, L1).

On the other hand, West Ham’s unexpected 2-1 home defeat to the league newcomers Brentford last time out left them at a single win in five Premier League matches (D2, L2). Despite their topsy-turvy form, the ‘Hammers’ have been fun to watch lately, with four of their last five top-flight fixtures seeing over 2.5 goals and both teams on the scoresheet. Still, the Londoners have gone unbeaten in six consecutive Premier League away games (W4, D2) since a 3-2 away defeat to Newcastle United in mid-April, last enjoying a longer such streak in the competition back in January 2009 (7 matches). Interestingly, David Moyes’s men have yet to concede a second-half goal in the Premier League this term. 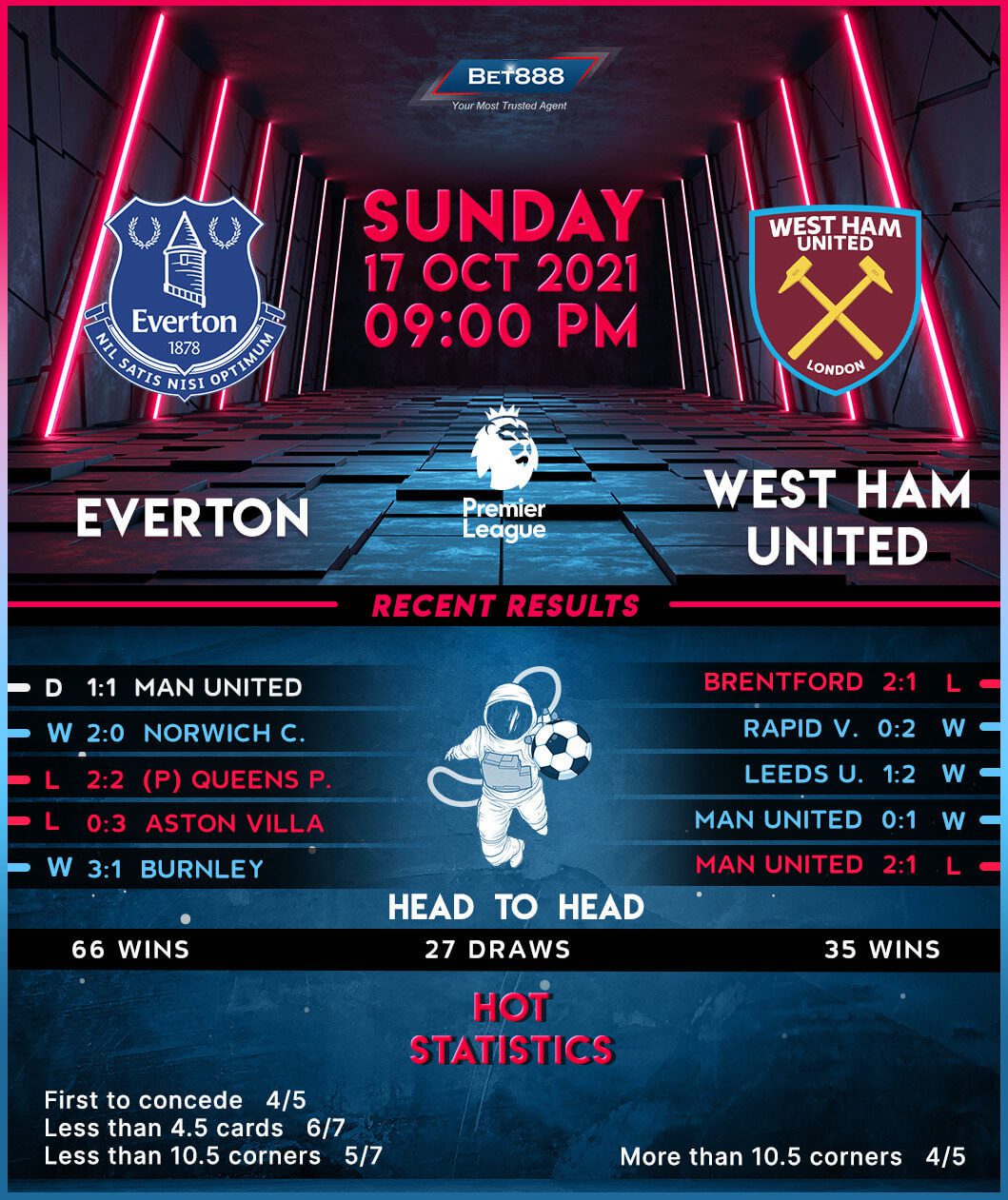