The stakes are high for Finland and Romania as they meet at the Helsinki Olympic Stadium in a bottom-half Nations League Group B3 six-pointer.

Finland’s hopes of maintaining their League B status two years since earning promotion from the third tier are hanging by a thread heading into the final two Nations League matchdays. After a promising two-match unbeaten Group B3 start (W1, D1), Markku Kanerva’s men have suffered back-to-back defeats via a single-goal margin, conceding the opener within 30 minutes of play on each occasion. That includes a 1-0 loss to Romania in the reverse fixture in June that extended their dreadful 100% winless rate against this nation across 13 H2Hs (D4, L9). Finland’s poor form since the start of 2021 has seen them register just two wins from 12 internationals (D4, L6), suggesting the Romanians may keep their remarkable H2H record intact.

There’s nothing more the visitors would love much as they come into this encounter forced to chase a victory to avoid relegation to League C. In fact, except for the abovementioned home win over Finland, visiting Romania have lost all three remaining Group B3 matches without scoring, including a morale-harming 3-0 home defeat to Montenegro last time out. Getting back to winning ways could prove easier said than done for the Romanians despite their stellar H2H record versus Finland, as they’ve won just twice on their last 12 international travels (D3, L7). Flying out of the traps could be crucial, as eight of Romania’s last nine games have seen at least one team fail to find the net. 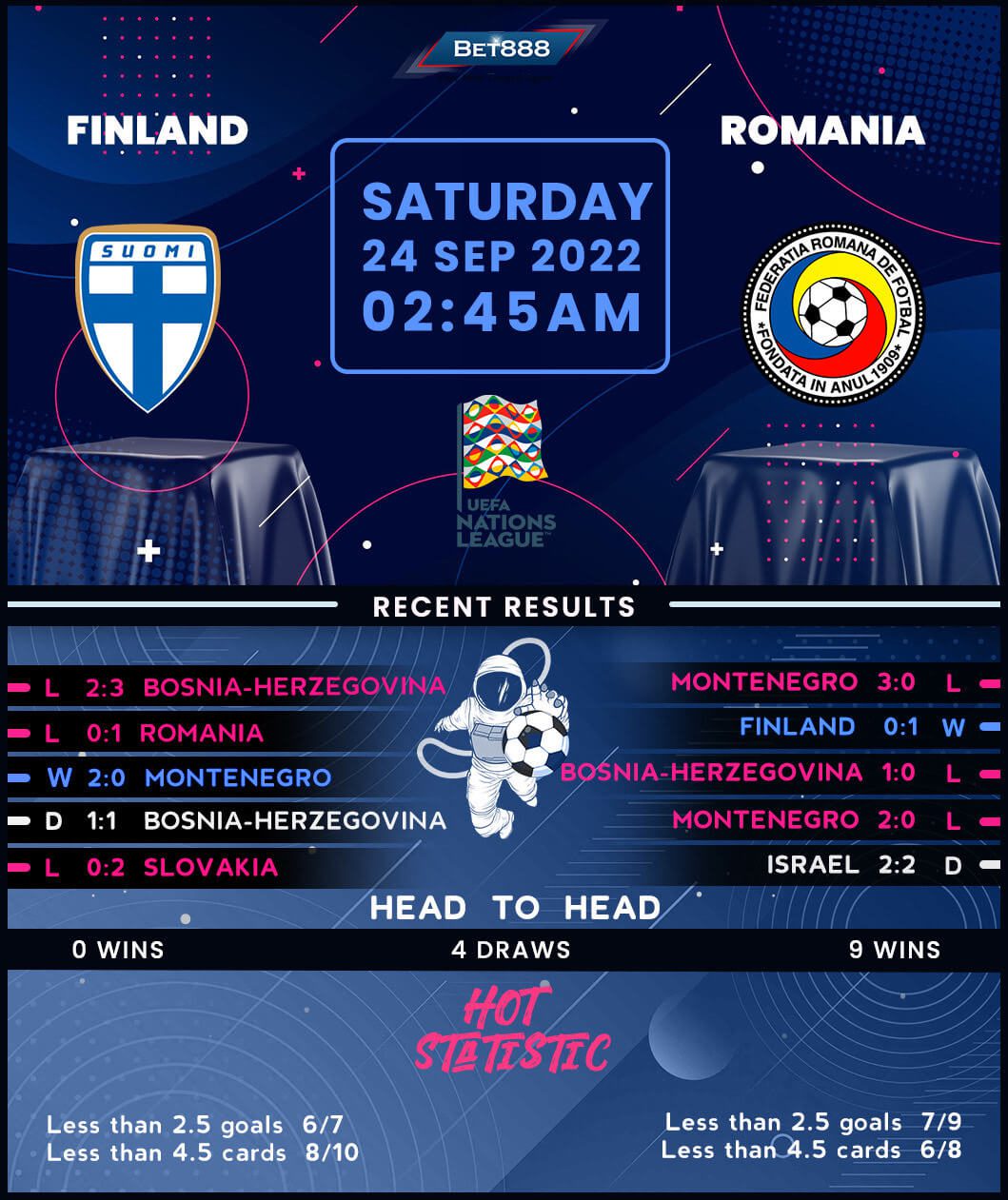