In-form Atalanta travel to the Stadio Artemio Franchi to meet out-of-sorts Fiorentina in a must-win Serie A clash.

Fiorentina’s Serie A wobble continued last weekend with a keenly-contested 1-1 draw at Genoa. Coming into this matchday, ‘La Viola’ have won just one of their previous six league matches (D2, L3), four of which have seen over 2.5 goals and both teams on the scoresheet. Artemio Franchi has been a venue of entertainment lately, as Fiorentina’s last four Serie A games have featured 3+ FT goals, with three of them witnessing both teams score. Another high-scoring affair is not beyond the realm of possibility, as each of their previous three competitive H2Hs held at this stadium has featured over 2.5 goals and both sides scoring. Interestingly, before going down 2-1 in this exact fixture back last season, Fiorentina had gone unbeaten in 18 consecutive top-flight H2Hs as hosts (W11, D7).

Meanwhile, the visitors have won seven of their previous eight Serie A games (L1), including the last three by an aggregate score of 8-2. Delivering action from the get-go, ‘La Dea’ have scored precisely two first-half goals in back-to-back league matches heading into this round. Topically, only Roma (31) have netted more first-half goals than Atalanta (30) this Serie A campaign, with Gian Piero Gasperini’s men finding the net within 15 minutes in 24.14% of their league outings thus far. Since the turn of 2021, free-scoring Bergamo side have bagged the second-most 40 league goals among the teams from Europe’s top-five divisions. Atalanta’s scoring spree comes as an encouragement for the traveling side as they’ve drawn a blank in three of their last five Serie A trips to Florence (W1, D2, L2). 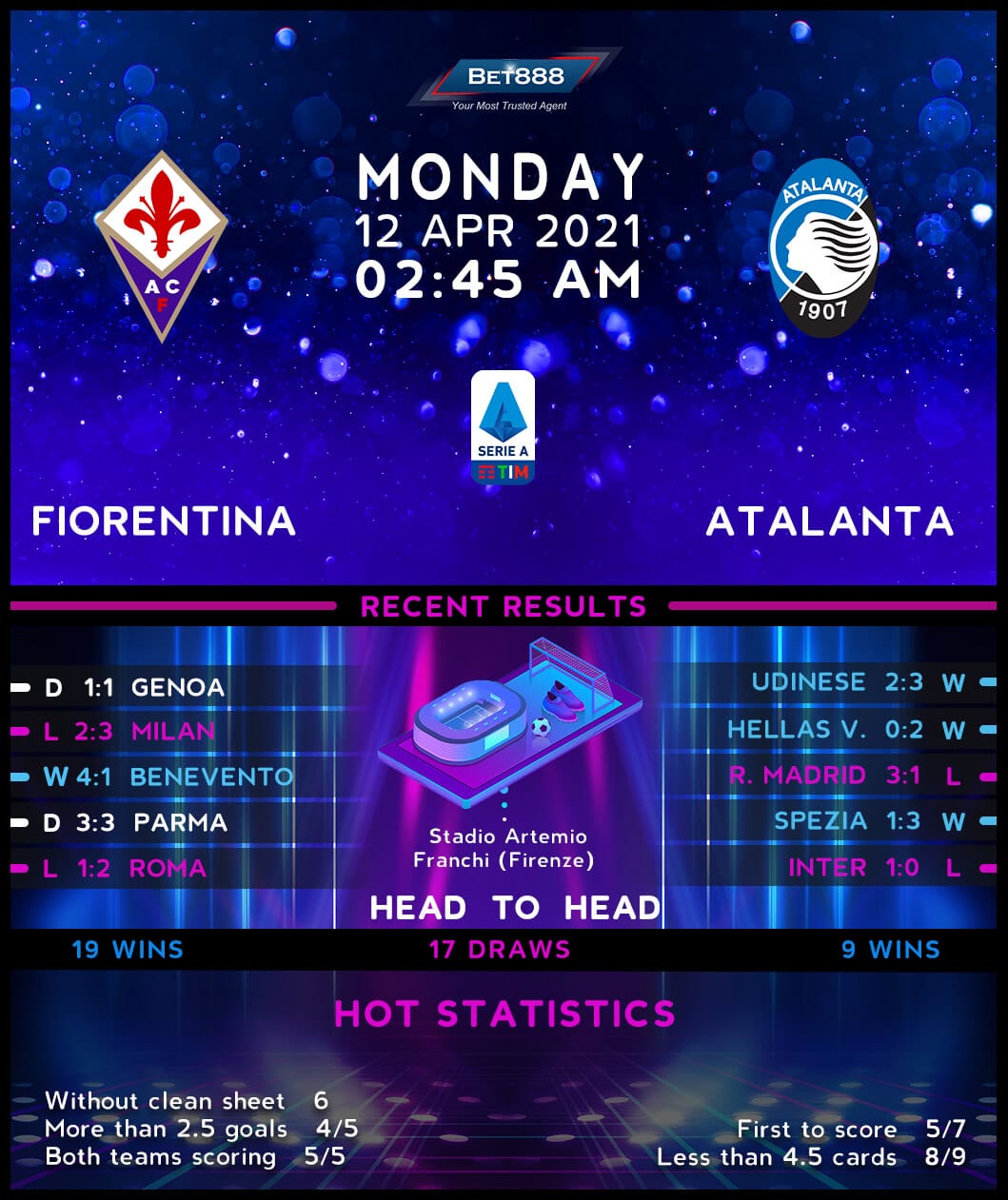