Stadio Artemio Franchi is the venue as Fiorentina and Atalanta go head-to-head in a handsomely-looking Serie A showdown.

Fiorentina bounced back from back-to-back Serie A matches without winning (D1, L1) with a hard-fought 2-1 victory at bottom-half Spezia last time out. Back to Artemio Franchi, where they lament an indifferent three-game form in Serie A (W1, D1, L1), ‘La Viola’ are looking to end a two-game losing home streak against Atalanta. Despite Fiorentina’s underwhelming home form, Artemio Franchi has been a venue of entertainment this season, with all 11 Serie A fixtures here featuring over 2.5 total goals. With each of Fiorentina’s last four competitive home meetings with Atalanta seeing 3+ goals and both teams scoring, high scoring could well be a theme here. Adding to this sentiment, Vincenzo Italiano’s men have scored an average of 3.1 goals per game across their last eight Serie A home outings.

In the meantime, Atalanta came from behind to beat Olympiacos 2-1 in the first leg of their Europa League last-32 tie in midweek, ending a run of five competitive matches without winning (D3, L2). However, winless in their last four Serie A fixtures in a row (D3, L1), ‘La Dea’ have thrown their top-four hopes into doubt. Sitting three points behind fourth-placed Juventus – with two games in hand – Gian Piero Gasperini’s side will fall back on their outstanding home form as they look to avoid losing both seasonal encounters against Fiorentina for the first time since 2015/16. Atalanta have earned more Serie A points on the road than any other side this season (30). What’s more, they are the only team in Italy’s top division yet to lose a league match away from home (W9, D3), scoring a league third-high 26 goals in such contests. 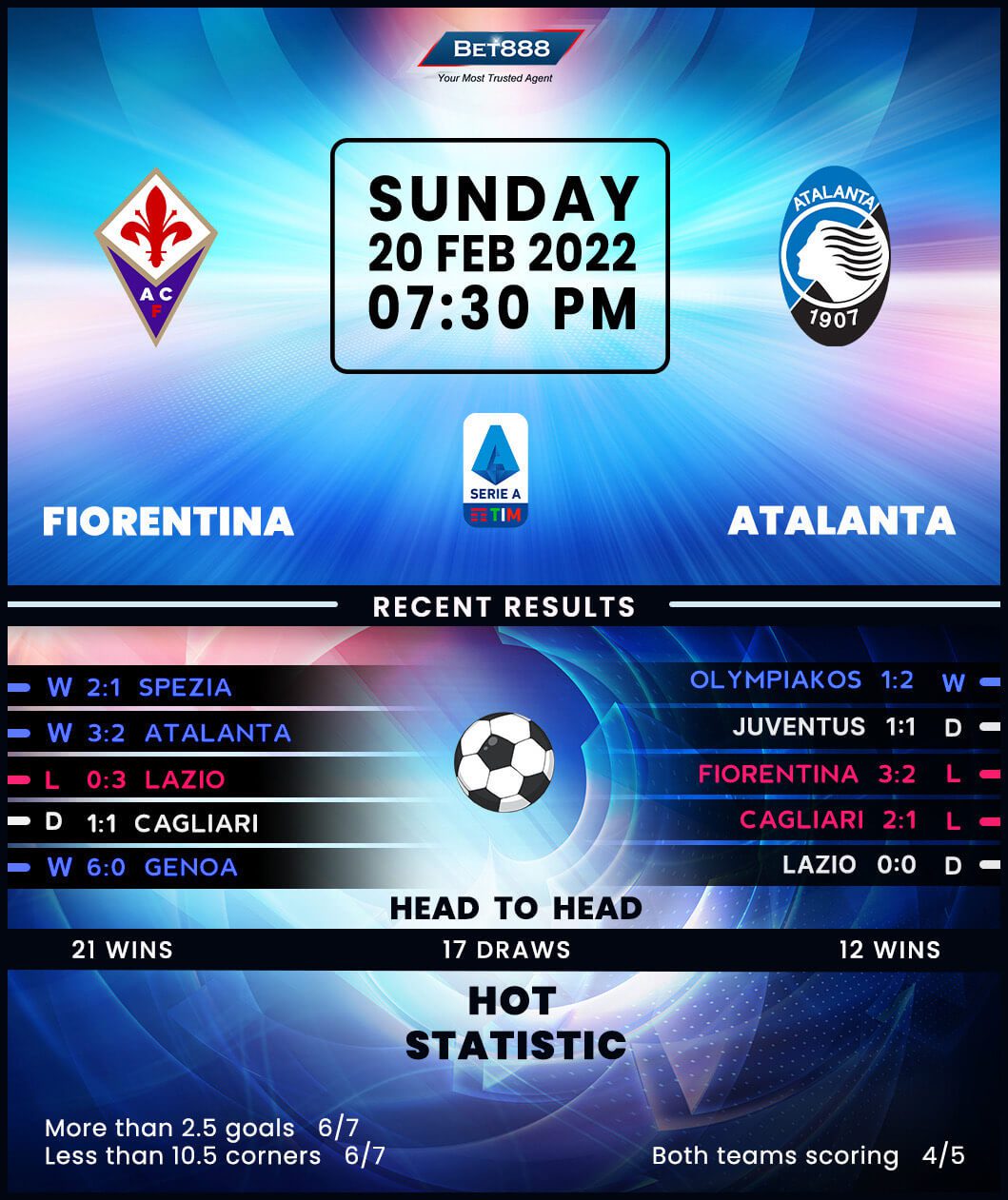