Fiorentina and Inter Milan are set to trade tackles at the Stadio Artemio Franchi in an exciting Serie A showdown.

Seeking their first European finish since 2016/17, Fiorentina have responded to their opening day loss to Roma with a hat-trick of 2-1 victories, marking their best start to a new Serie A campaign since 2015/16. ‘La Viola’s upturn in form has seen them win two of their last three top-flight matches at home (L1), as many victories as they managed in their previous eight in the competition at Artemio Franchi (D2, L4). Against this backdrop, Fiorentina have gone from winning four of their five Serie A H2Hs in Florence (L1) to going winless in their last four such contests (D3, L1). Before falling to a 2-0 defeat in this exact fixture in 2020/21, the hosts had found the net in eight consecutive top-flight H2Hs at home, scoring an average of 2.5 goals per game.

On the other hand, Inter Milan put Bologna to the sword last time out, claiming an overwhelming 6-1 home league victory to bounce back from a 1-0 Champions League loss to Real Madrid. The reigning Italian champions have been impressive in Serie A this season, going unbeaten in their opening four matches (W3, D1) whilst averaging 3.75 goals per game. If they get on the scoresheet, the ‘Nerazzurri’ would equal the club’s longest scoring streak in their top-flight history, as they head into proceedings having scored in 23 consecutive league outings. Only in 1949/50 have they enjoyed a longer such run (24 matches that time). Worryingly, though, Simone Inzaghi’s men have picked up just two triumphs from their last six Serie A trips (D3, L1) after racking up a five-game winning league streak on the road beforehand. 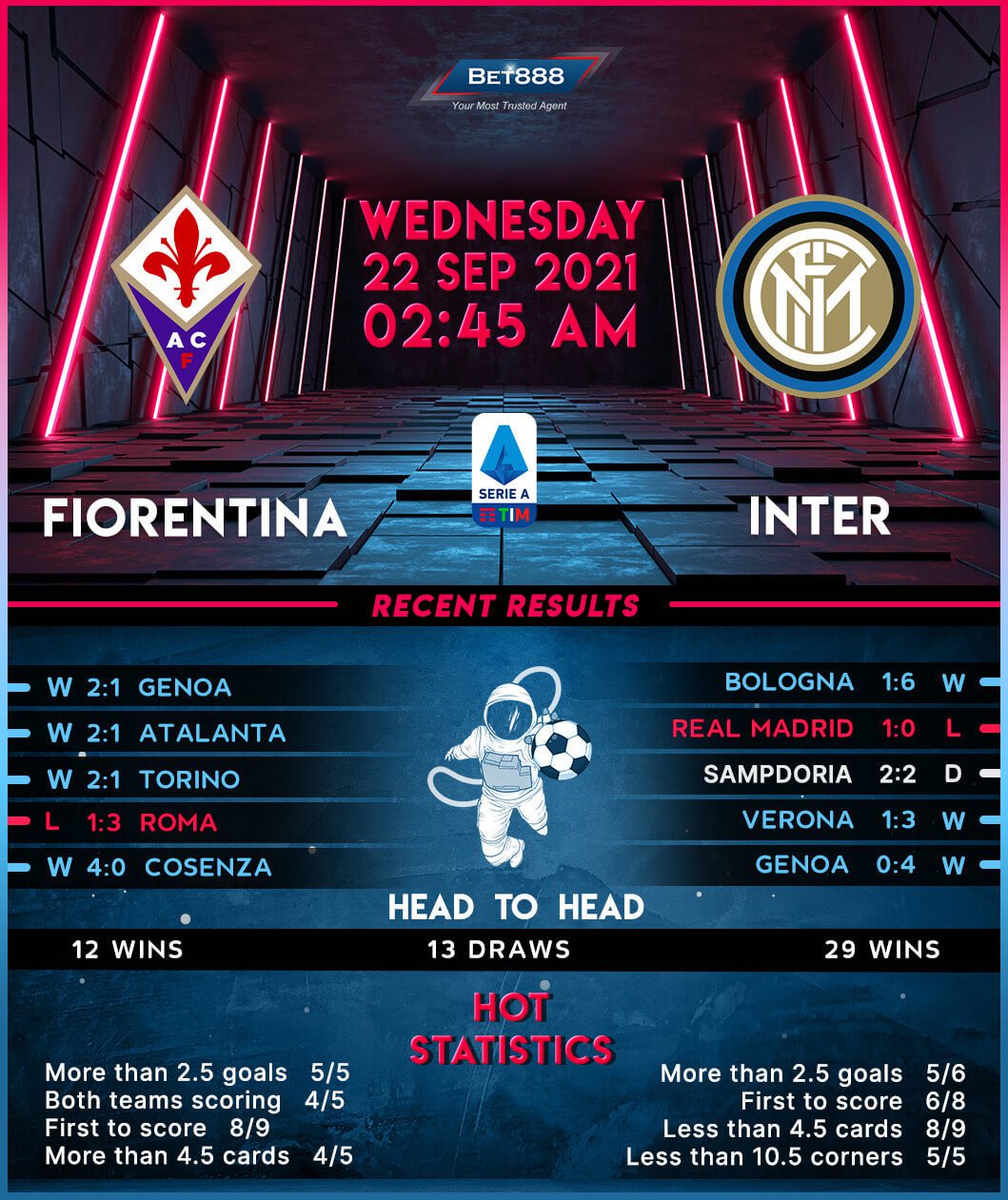