Fiorentina fell to a late 2-1 loss away to Sassuolo at the weekend, ending a run of three consecutive wins in all competitions, including a ‘goal-friendly’ 3-2 triumph at Atalanta in the previous Coppa Italia round. Seeking their second appearance in the Coppa Italia grand final in 20 years, ‘La Viola’ will fall back on their impressive ten-game form at Artemio Franchi (W8, D1, L1). Vincenzo Italiano’s men have been ruthless in front of attending home fans this term, netting a resounding average of 2.6 goals per home match so far. However, Fiorentina have failed to get on the scoresheet in nine of their 13 competitive home meetings with Juventus since 2010, though it wasn’t the case in this season’s Serie A H2H at Franchi (1-1). Still, a return of two clean sheets from Fiorentina’s last three home league outings should offer some comfort to the home supporters.

Meanwhile, ex-Fiorentina talisman Dusan Vlahovic inspired Juventus to a pulsating 3-2 win at Empoli over the weekend with his first brace in the new shirt. Vlahovic’s match-winning performance helped Juve snap a run of three identical 1-1 draws in all competitions and extend their unbeaten streak to 18 games, extra-time excluded (W11, D7). Yet, before dispatching Empoli last time out, ‘I Bianconeri’ had gone winless in their previous four away fixtures in domestic football (D4), scoring under 1.5 goals on each occasion. Massimiliano Allegri’s men should feel confident of adding another win to the tally after racking up a staggering 11 triumphs in their last 15 meetings with Fiorentina in all competitions (D2, L2). Yet, back-to-back H2H draws at Franchi suggest Juventus’ victory is anything but a foregone conclusion. 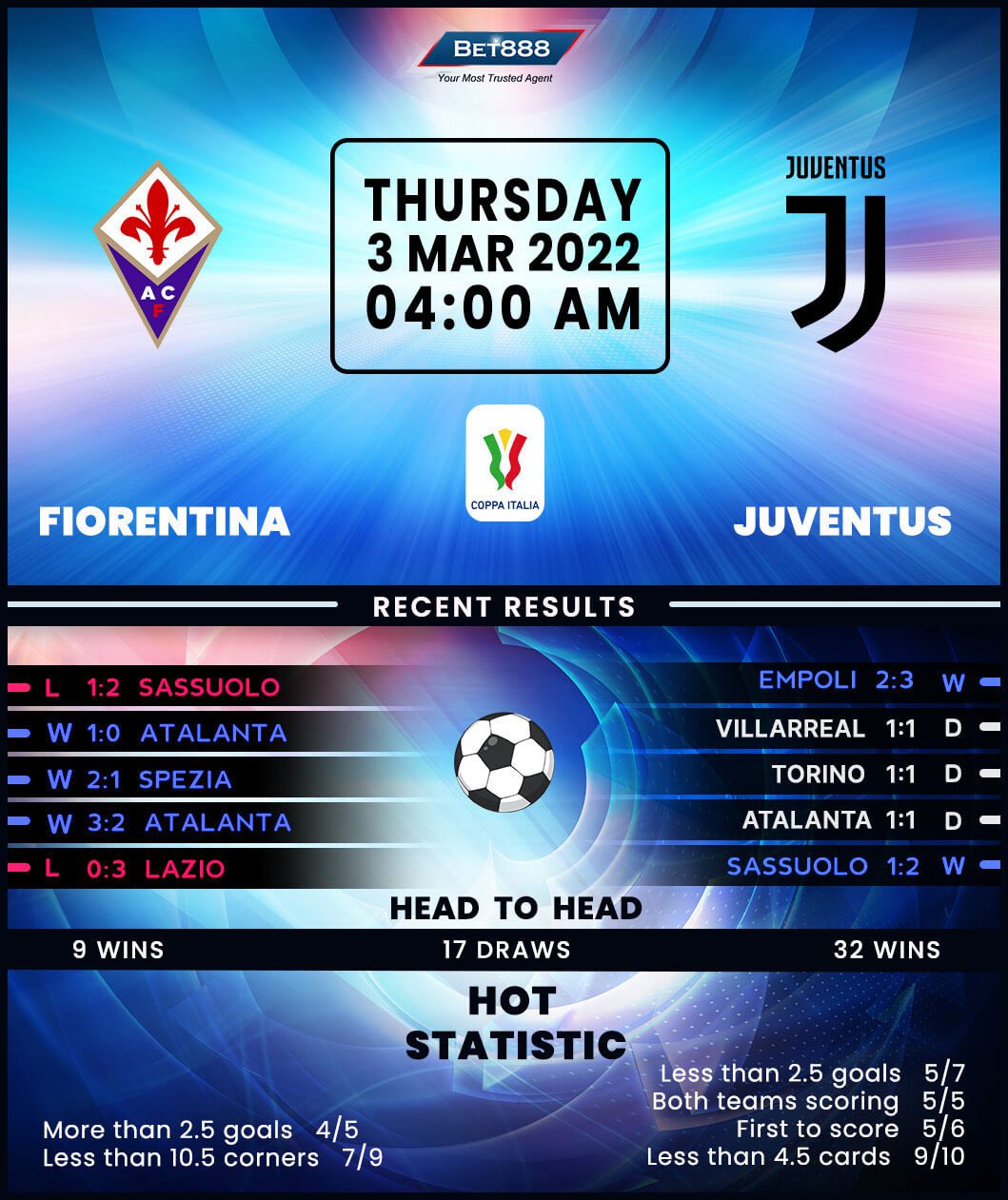