Fiorentina and Lazio will face each other at the Stadio Artemio Franchi in what could be a pivotal fixture for both sides as they hope to secure a European finish this season.

Devastated by 2021/22 Serie A season joint-top scorer Dusan Vlahovic’s controversial switch to Juventus, Fiorentina will be looking to maintain their seven-game unbeaten streak in home league action (W6, D1). In addition to building their longest unbeaten home run since April 2017 (16 on the trot), ‘La Viola’ netted a resounding average of 3.6 goals per game in the seven-match sequence, scoring a total of 25! Indeed, Vincenzo Italiano’s men have bagged a league-highest average of 2.9 goals per Serie A home match this season, with their tally of 15 first-half goals scored on home turf second to none in Italy’s top-flight. Vlahovic’s brace that inspired Fiorentina’s 2-0 victory in this exact fixture last season gives the home side a rare opportunity to record back-to-back home wins over Lazio in Serie A, last achieving that feat in 2009.

On the other hand, it’s been an uninspiring start to the new calendar year for Lazio as they’ve only won one of their four Serie A outings so far (D2, L1), courtesy of a 3-0 thumping of rock-bottom Salernitana. Since the beginning of November, ‘I Biancocelesti’ have alternated between victories and defeats across their six Serie A road trips (W3, L3), with four of those matches (won/lost) yielding a full-time margin of 2+ goals. However, Lazio have racked up six triumphs in their last eight league meetings with Fiorentina (D1, L1), including a narrow 1-0 reverse triumph at the Olimpico in October. Maurizio Sarri’s men have registered back-to-back Serie A shutouts going into this matchday and could make it three top-flight clean sheets in a row for the first time since March 2015. 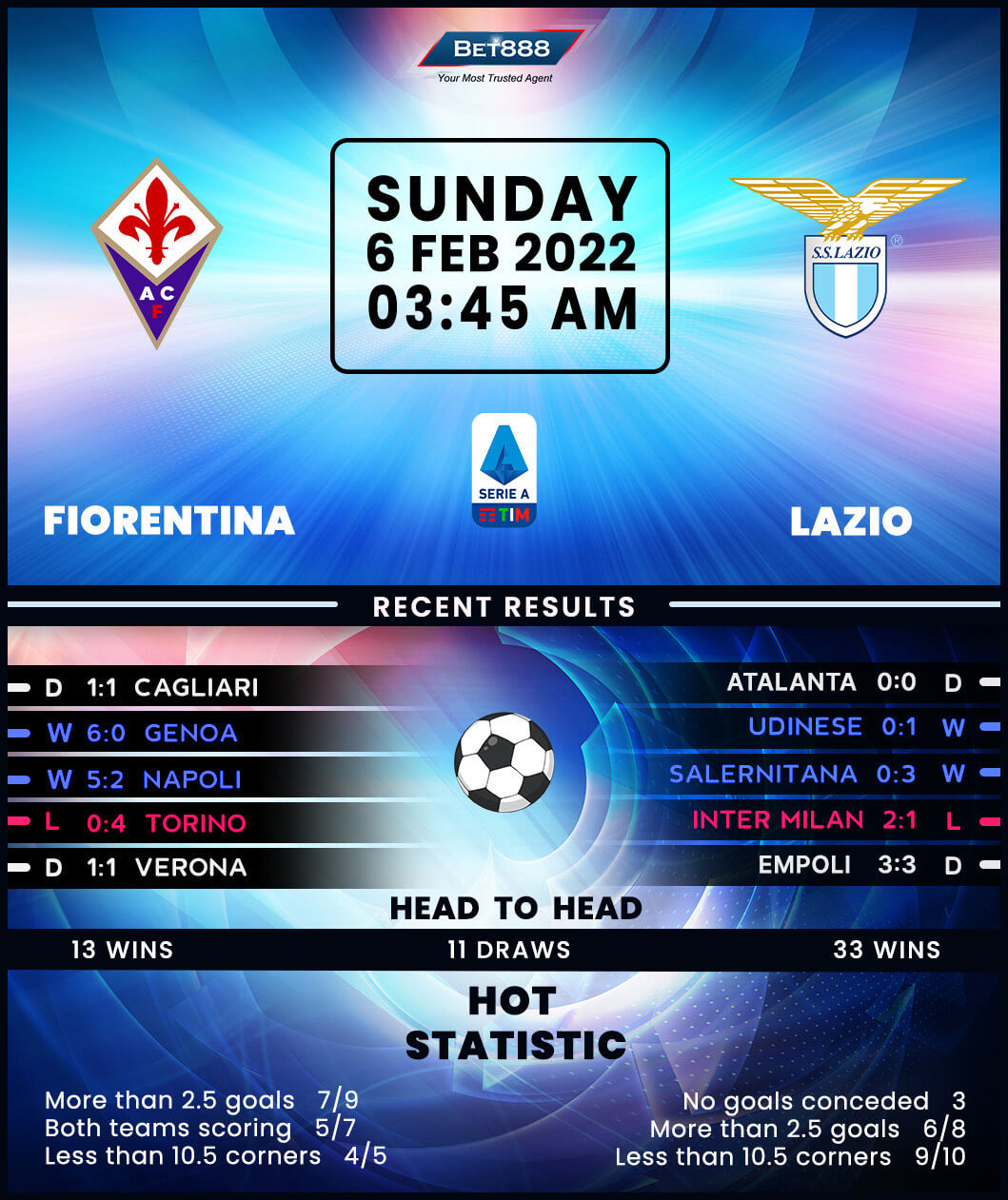