Stade de France is the venue as France and Austria lock horns in a bottom-half Nations League Group A1 six-pointer.

Defending world champions France have already lost any hope of reaching the Nations League semi-finals only one year since lifting the crown in the newest international competition. Winless in their opening four Group A1 matches (D2, L2), ‘Les Bleus’ face the prospect of being demoted to League B should they produce another sub-par display. Despite boasting some of Europe’s most intimidating forwards, Didier Deschamps’ men have netted under 1.5 goals in all four Nations League outings this term, including a 1-1 draw with Austria in the reverse fixture in June. On top of that, following an eye-catching run of four consecutive home victories across all competitions, the hosts have lost back-to-back internationals on home turf. With a risk of entering the winter’s showpiece as a downtrodden team, Deschamps’ men will be keen to maintain their four-game winning home streak against Austria.

On the other hand, visiting Austria claimed an overwhelming 3-0 win away to Croatia on matchday one but have since gone winless in three consecutive Nations League fixtures (D1, L2). Another potential defeat in Paris would push them to the bottom place in Group A2 and expose them to a genuine risk of dropping to League B next term. With Denmark already safe from relegation and Croatia just one point away from doing the same, the Austrians will be desperate to defy their abysmal six-game form in international football (W1, D2, L3). With no World Cup action on the horizon following a heartbreaking playoff defeat to Wales (1-2), ‘Das Team’ can afford to go all-out to preserve their League A status only one year since their League B triumph of 2020/21. 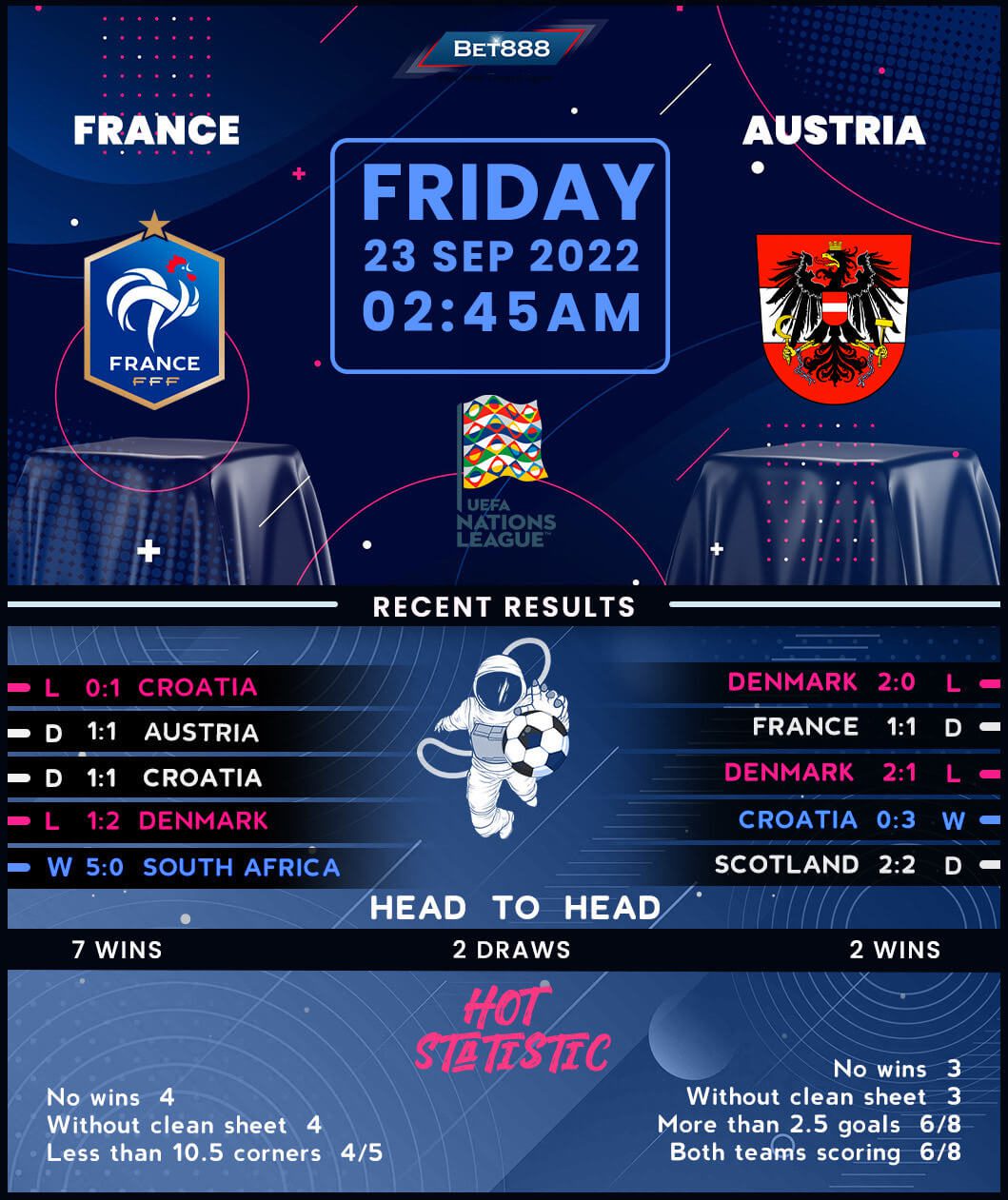