A top place in the 2022 World Cup Group D is on the line as France and Denmark square off in a gargantuan fixture at Stadium 974.

France’s World Cup title defence got off to a flying start as ‘Les Bleus’ came from behind to dismantle Australia 4-1 in their group opener. Another win against Denmark would seal their progression into the knockout rounds with a game to spare, yet it could prove easier said than done. After racking up four wins and a draw in five H2Hs against Denmark, the downtrodden world champions have lost their last two matches against the Nordic country via an aggregate score of 4-1. But having ‘De Rød-Hvide‘ in their World Cup group has historically been a good omen for Les Bleus, as they’ve claimed the Jules Rimet trophy on two of the previous occasions they’ve faced Denmark in the first round. Adding to France’s growing confidence, they’ve won their last five World Cup matches and could make it six victories in a row for the first time.

On the other hand, Denmark failed to live up to expectations in their Group D curtain-raiser, being held to a frustrating 0-0 draw by African underachievers Tunisia. Interestingly, each of Denmark’s last four World Cup outings has ended level, with another share of the spoils threatening to equal the longest run of stalemates in the competition’s history (5). However, on the bright side, Kasper Hjulmand’s men have registered three clean sheets in their last five World Cup fixtures, just one fewer than they had managed in their first 16 matches in the competition (4). After overcoming France in both UEFA Nations League encounters in 2022, ‘De Rød-Hvide‘ could become the first-ever nation to beat ‘Les Bleus’ three times during a single calendar year. 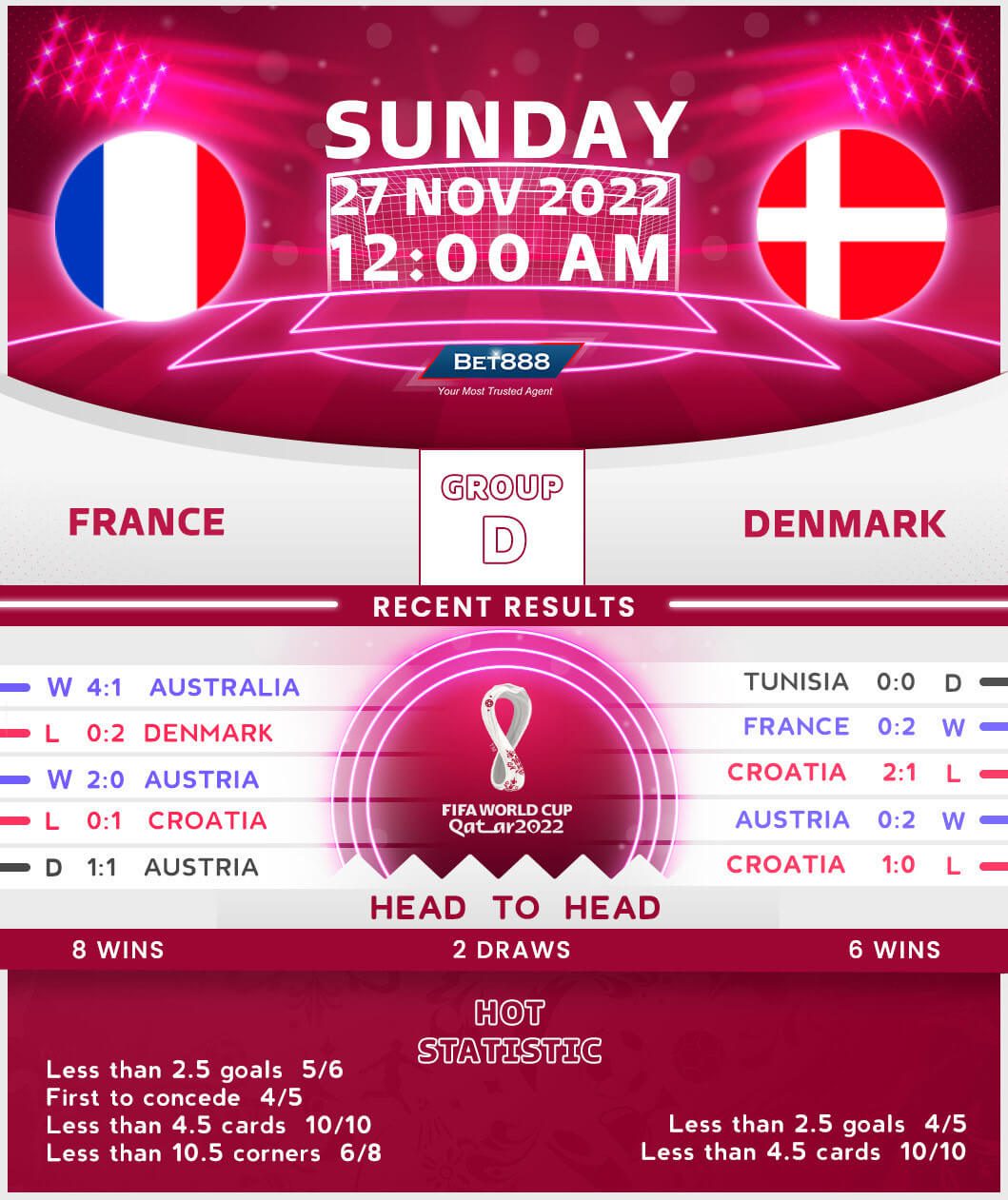