Stade Velodrome is the venue as France and Ivory Coast go head-to-head in a tasty-looking international friendly.

France’s return to the home of Olympique Marseille for the first time since hosting Euro 2016 brings up fond memories, as they overcame Germany in the tournament’s semi-finals at this venue. Fresh from conquering the UEFA Nations League last November, ‘Les Bleus’ are keen to stay on the upwards trajectory during their warm-up campaign for the upcoming World Cup finals. Defending world champions head into proceedings on a run of five consecutive victories by an aggregate score of 17-3, having scored 2+ goals on each occasion. Head coach Didier Deschamps has instilled the winning mentality into France’s national team, as witnessed by a brace of come-from-behind triumphs over Belgium and Spain en route to lifting the UEFA Nations League trophy.

Meanwhile, visitors Ivory Coast experienced a false 2021 Africa Cup of Nations campaign, bowing out to Egypt in the opening knock-out round via a nail-biting penalty shoot-out. After making three successive World Cup appearances between 2006 and 2014, the Ivorians have now failed to qualify for the final tournament twice in a row. ‘Les Elephants’ will have a point to prove in Marseille, but after drawing a blank in both previous meetings with France (D1, L1), they look like a doomed outfit. Moreover, it’s been a while since Ivory Coast last tasted victory against a European nation ranked inside FIFA’s top-10, as their most recent success in such match-up dates back to August 2010. Excluding games held on neutral soil, the visitors have failed to score in three of their last four away internationals. 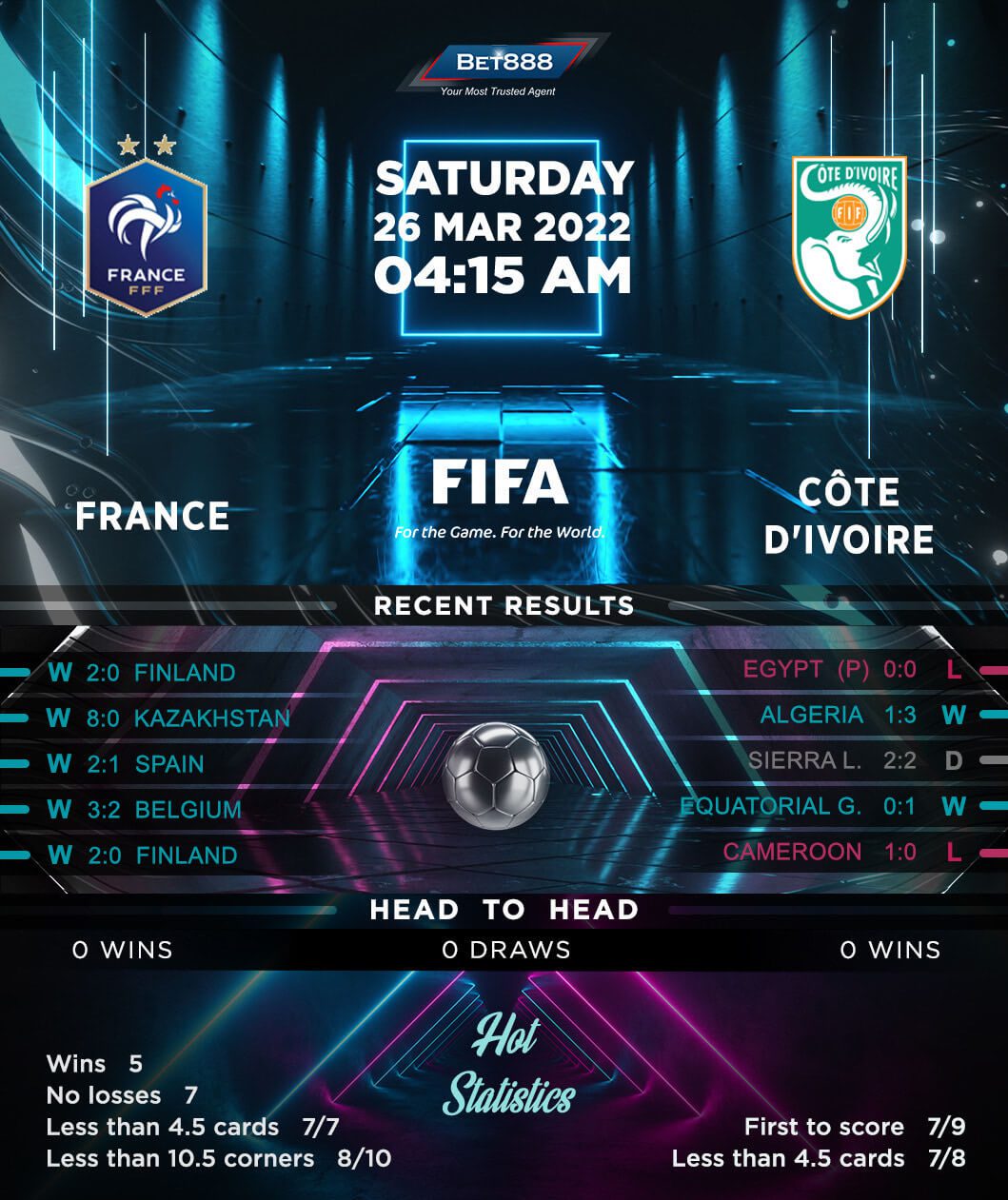