Despite finishing top of the ‘Group of Death’ without a single loss (W1, D2), France have yet to showcase their full potential at Euro 2020 so far. However, an extra-time loss to Portugal in the Euro 2016 final remains their solitary defeat in their last 17 games across major tournaments. ‘Les Bleus’ take the field having not lost any of their previous 19 matches in all competitions over the past couple of years (W14, D4), last losing to Turkey in a European Championship qualifier in June 2019. Notably, ten of their 14 wins during that 19-game sequence were followed by a half-time lead. After reaching the knock-out stages for the sixth time in their previous seven Euro appearances, the reigning World Cup champions are looking to advance to the quarter-finals in a fifth consecutive major tournament.

Meanwhile, Switzerland dismantled Turkey 3-1 in their final group stage fixture to cancel out a slow start to their Euro 2020 journey (D1, L1) and qualify for the Euro knock-outs for the second competition running. Even though they’ve now reached the knock-out stages in four successive major tournaments, the ‘Nati’ have failed to progress to the quarter-finals in each of their last three attempts. Worryingly, though, only three of Switzerland’s 20 matches against the reigning world champions have ended in their favor (W3, D9, L8). Furthermore, Vladimir Petkovic’s men are winless in seven encounters against France (D4, L3), with each of those four draws coming in the last five meetings. Delivering action from the onset, eight of the Swiss’ last 11 international fixtures (excluding walkovers) have seen the opener netted by the 15th minute. 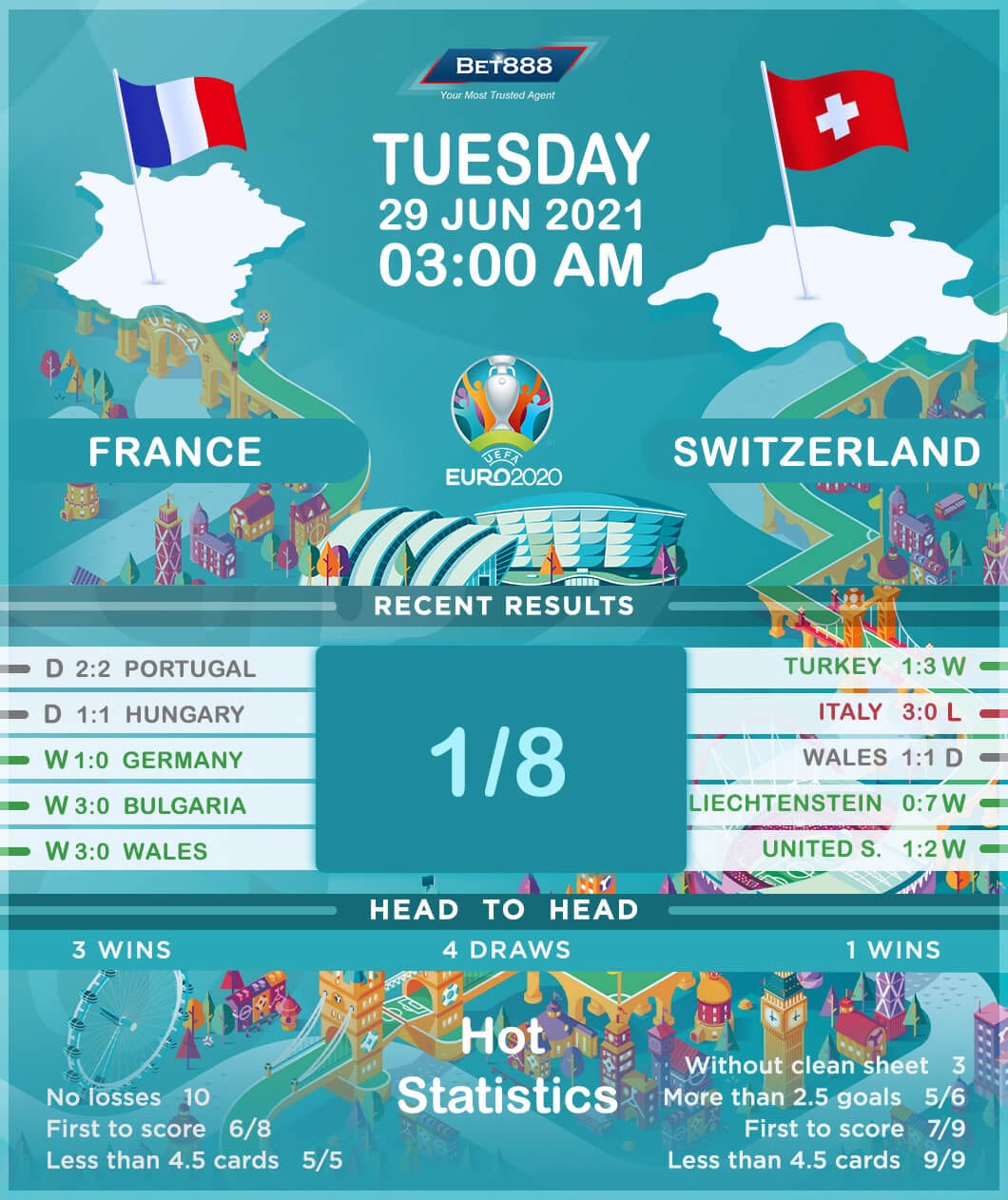