Bayern Munich head to the Schwarzwald-Stadion to take on Freiburg in the penultimate round of the 2020/21 Bundesliga season.

Tucked in mid-table comforts, Freiburg have experienced mixed fortunes in their last six Bundesliga matches (W2, D1, L3), with 66.67% of them featuring over 2.5 total goals. Since a 3-0 loss to RB Leipzig in early March, ‘Breisgau-Brasilianer’ have gone unbeaten in three home Bundesliga games on the trot (W2, D1), keeping two clean sheets in the process, as many as they managed in their previous 13 at the Schwarzwald-Stadion this season. However, Freiburg have failed to register a shutout in any of their last seven home Bundesliga meetings with Bayern, conceding an average of 2.00 goals per match. Following a 4-1 thumping of Koln in their most recent Bundesliga outing, Christian Streich’s men can claim back-to-back league victories for the first time since the opening two games of the calendar year.

Meanwhile, Bayern’s 6-0 hammering of Borussia Monchengladbach last time out crowned them champions for the ninth season in a row. Since being held to a goalless draw to RB Leipzig in May 2019, the ‘Bavarians’ have found the net in 33 Bundesliga trips on the spin and are one game short of setting a new record in Germany’s top-flight. Curiously, Bayern have never gone back-to-back away Bundesliga matches without winning under Hansi Flick. Having that said, the visitors succumbed to a 2-1 defeat to Mainz in their most recent league trip. The German juggernauts have lost just once in their last 35 Bundesliga meetings with Freiburg (W27, D7), courtesy of a 2-1 reverse at this venue back in May 2015. Four of Bayern’s last five away league games have featured 2+ first-half goals, highlighting the potential for plenty of early action. 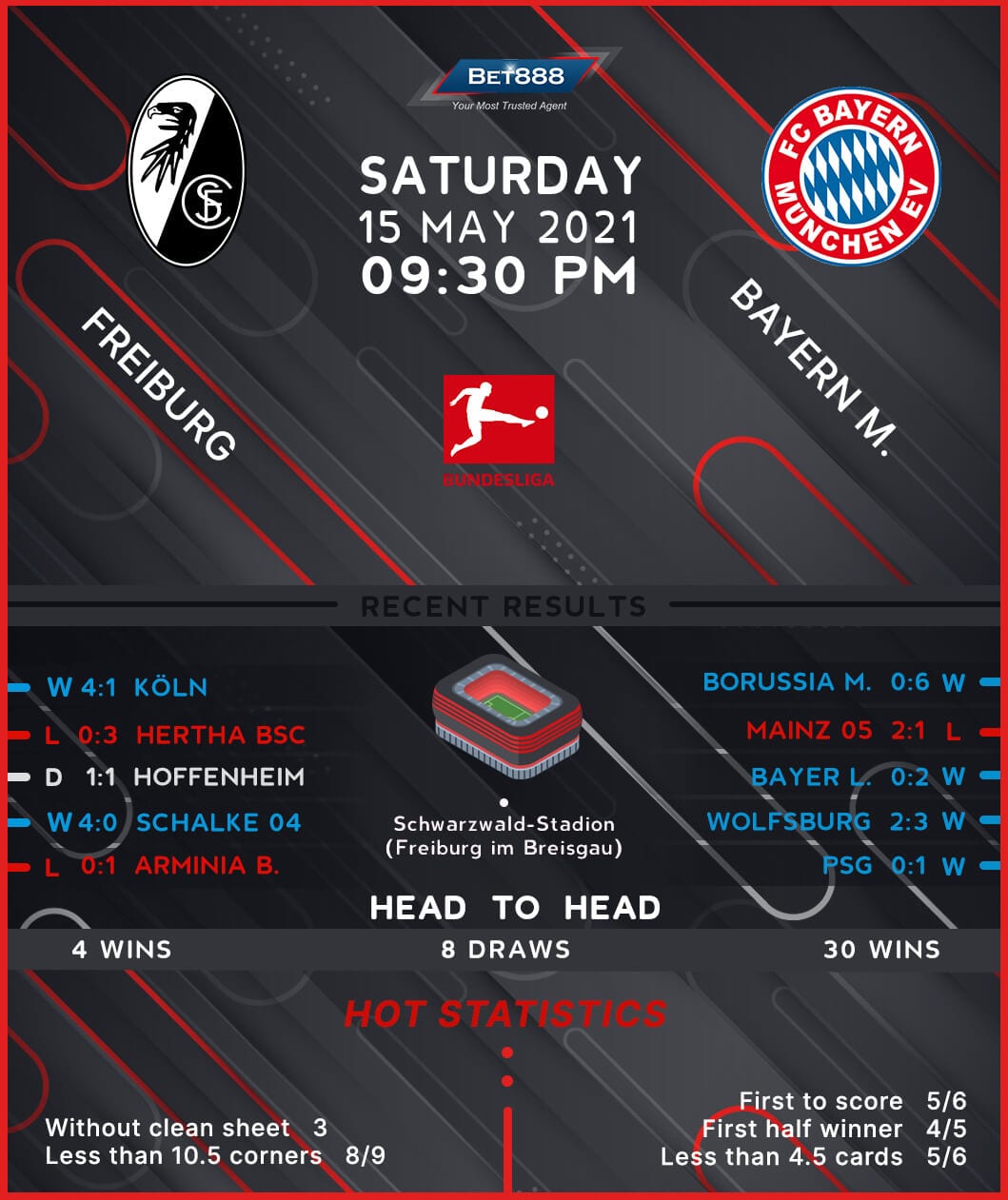