Freiburg headed into the mid-season break on the back of a confidence-boosting 4-1 home triumph over Union Berlin, making it four Bundesliga home wins on the trot for the first time since 2016. However, ‘Breisgau-Brasilianer’ could not have hoped for a worse start to the new calendar year as they suffered a humiliating 6-0 defeat at Wolfsburg, their heaviest loss in the top flight since a 7-0 thumping at the hands of Bayern Munich in 2011. Manager Christian Streich has a more pressing issue to address, as Freiburg have picked up just one win across their last five Bundesliga meetings with Frankfurt on home soil (D2, L2). But with the hosts going into this round unbeaten in six consecutive home league outings (W5, D1), there’s a reason for optimism.

In the meantime, Eintracht Frankfurt scored twice beyond the 80th minute to seal a 3-0 home win over rock-bottom Schalke 04 on their Bundesliga return at the weekend, extending their unbeaten league run to four games (W3, D1). In doing so, Oliver Glasner’s men have closed the gap on pacesetters Bayern Munich to five points, blowing the Bundesliga title race wide open. Moreover, ‘Die Adler’ can draw further confidence from the fact they’ve only lost one of their seven away league fixtures in 2022/23 (W4, D2), scoring an average of two goals per match in the process. In fact, this is Frankfurt’s best away start to the season in a three-point-per-win era since 1964/65! 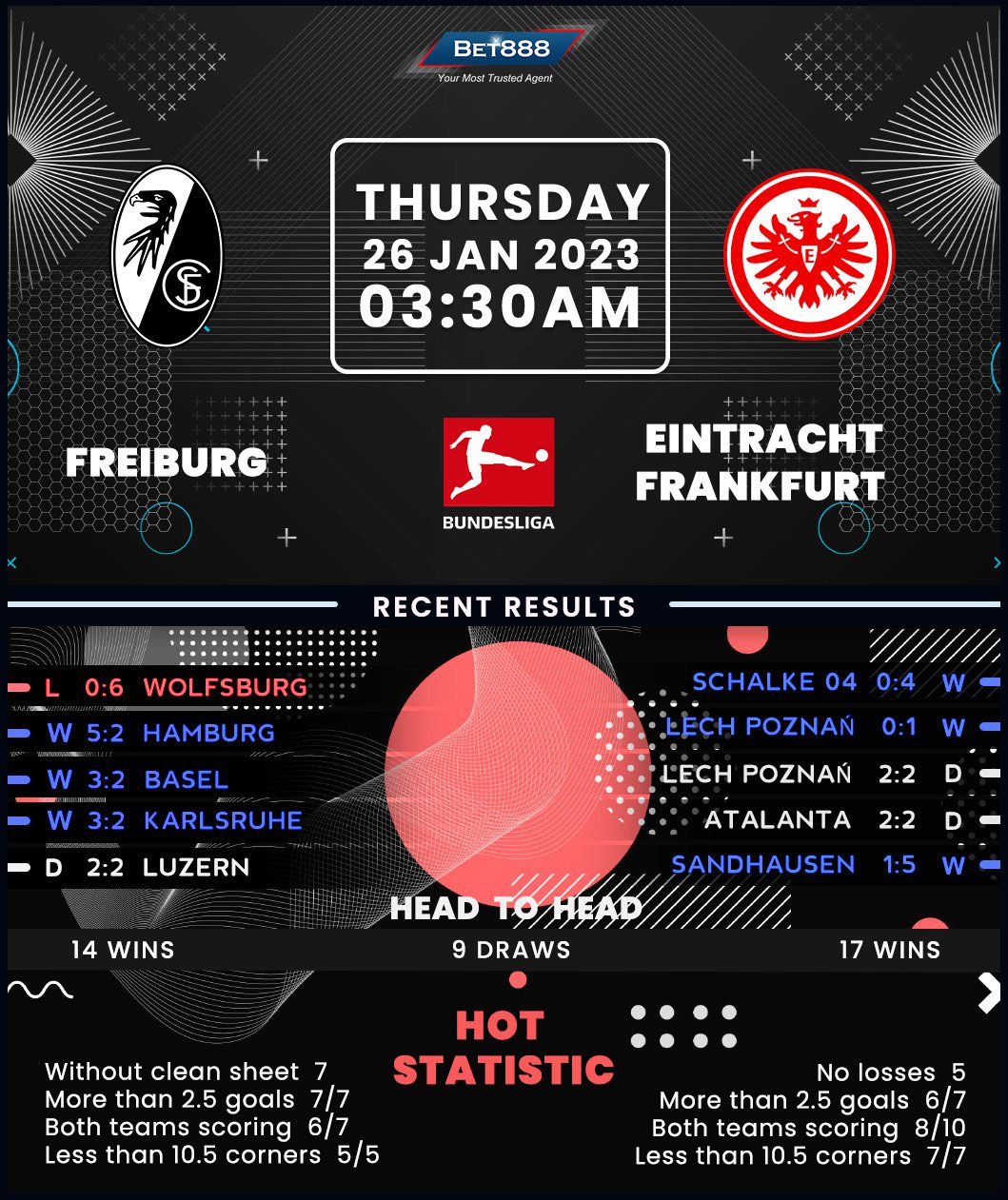