Relegation from the Premier League is at stake as Fulham welcome Burnley to Craven Cottage in a must-win league fixture.

Winless in their last six Premier League outings (D1, L5), Fulham sit nine points adrift of 17th-placed Burnley, with the faintest of hopes of avoiding relegation. The ‘Cottagers’ have won just one of their last 13 home league matches (D4, L8), courtesy of a 1-0 victory over dead-last Sheffield United in mid-February. Since that triumph, Scott Parker’s men have suffered for consecutive home Premier League defeats, drawing a blank on three occasions. Fortunately for Fulham, they are now up against a Burnley side they have outscored in eight of their last nine league encounters on home turf (L1), including both in the Premier League by an aggregate score of 7-2. Having netted just nine goals in 17 home Premier League games this season, Fulham could become the first time in the competition history to fail to reach double digits for home goals in a single campaign.

In the meantime, after back-to-back draws, the ‘Clarets’ have not drawn any of their last six Premier League fixtures (W2, L4), with five of them seeing over 2.5 goals and both teams scoring. Curiously, Sean Dyche’s men have lost four of their previous six top-flight games despite scoring the opening goal in three of those reverses. On the flip side, though, they have lost all seven away Premier League contests in which they conceded first this season. Since the turn of 2021, none of Burnley’s nine away league matches have ended level (W4, L5), with two-thirds of those results (win/loss) seeing the victor keep a clean sheet. Having hammered Wolverhampton 4-0 in their most recent league trip, Burnley are on the lookout for their first back-to-back away Premier League wins since July 2020. 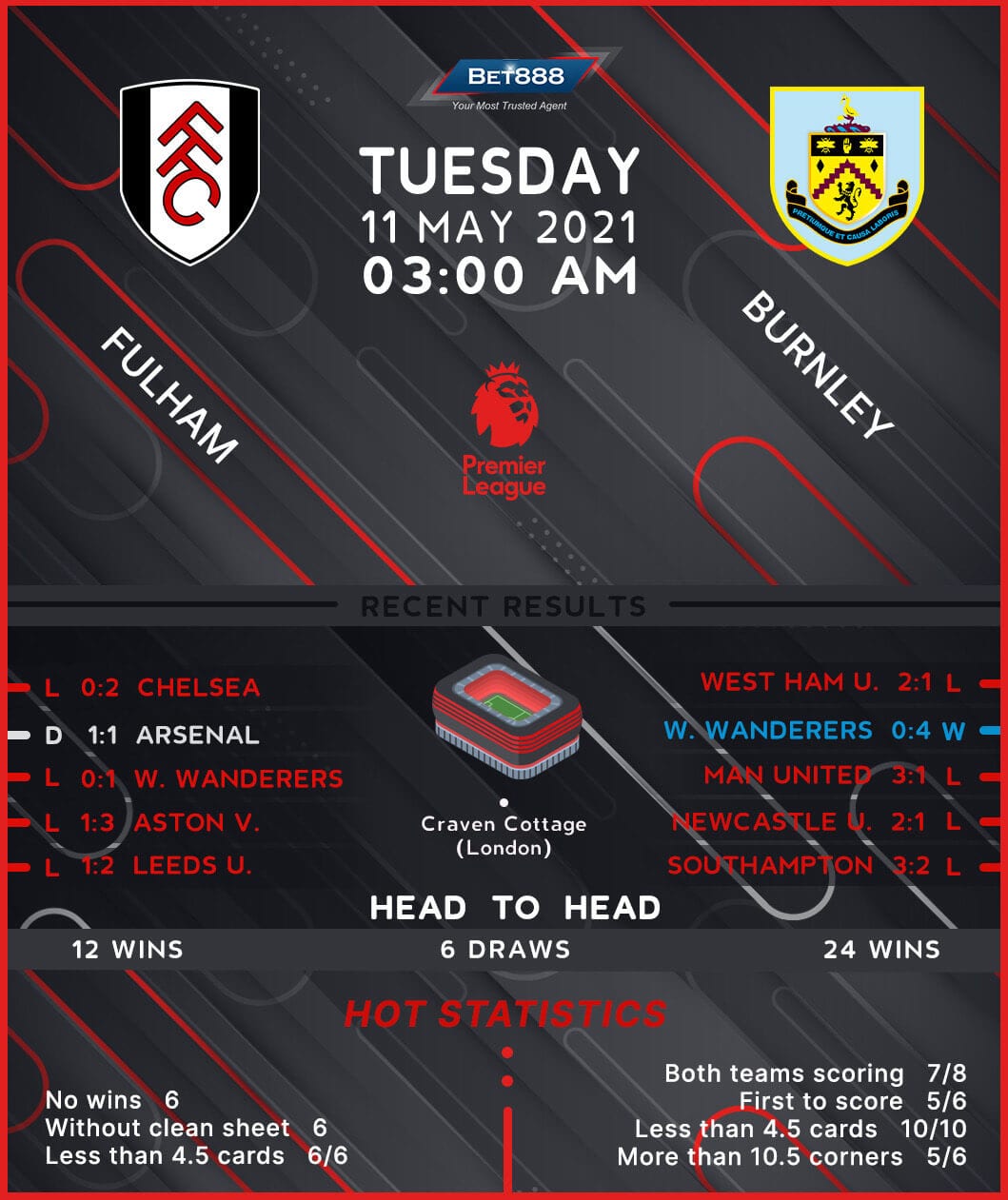