Manchester City head to the Craven Cottage to take on a resurgent Fulham side in an exciting Premier League showdown.

Fulham’s propensity for low-scoring football continued with a 1-0 away win at Liverpool last time out, which means that all of their previous eight Premier League fixtures have featured under 2.5 FT goals. Topically, eight of their last ten top-flight games have seen one or both sides fail to get on the scoresheet, which has been the case in each of their previous six competitive meetings with Manchester City. Overall, the ‘Cottagers’ have picked up just four victories in their 27 Premier League H2Hs, with only one of those successes coming on home soil. However, Scott Parker’s men have enjoyed an upturn in form lately, winning three of their last six league matches (D2, L1), as many as they had in their previous 24 in the competition (W2, D9, L13).

Meanwhile, Manchester City bounced back from a 2-0 home reverse to Manchester United with a 5-2 thumping of Southampton over the midweek. The runaway Premier League leaders are confident of wrapping up another three points here after winning their last eight top-flight encounters with Fulham by an aggregate score of 26-3. Additionally, Pep Guardiola’s men have racked up a seven-match winning away run in the Premier League, returning an intimidating +16 goal difference from that streak (GF:19, GA:3). Delivering action from the get-go, the Etihad outfit have netted the league-highest 16 first-half goals on the road this term, though only 38.46% of their away Premier League games have featured over 1.5 goals before half-time. Remarkably, City have won 94.12% of the top-flight fixtures in which they were leading at the interval this season (GP:17 -W17, D1). 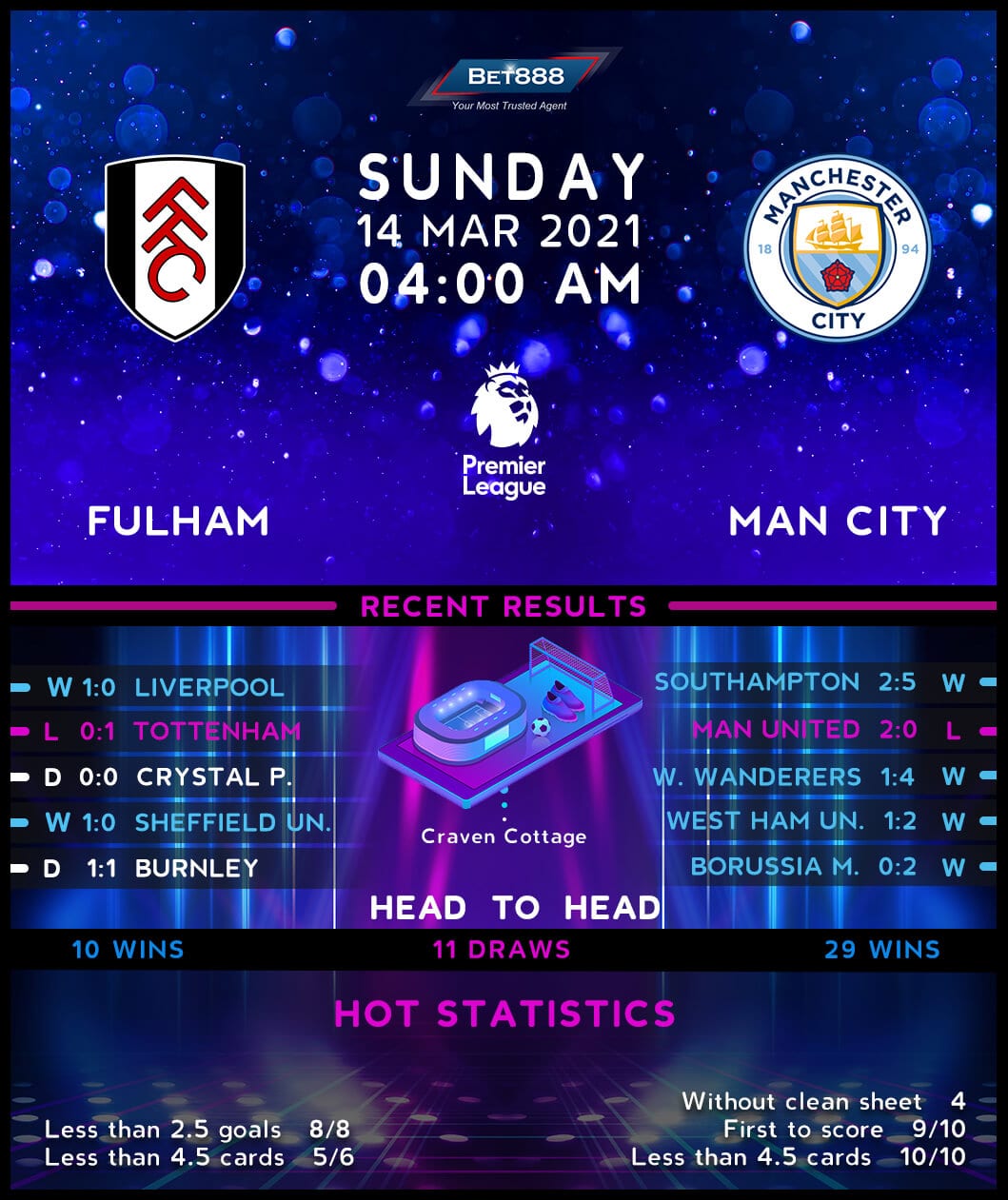