AC Milan will be desperate to return to winning ways in Serie A when they encounter relegation-threatened Genoa at the Stadio Luigi Ferraris.

A scoreless away draw with Udinese over the weekend confirmed Genoa’s reputation as the ‘stalemate kings,’ with ‘I Rossoblu’ now drawing 50% of their Serie A matches this season (GP14 – W1, D7, L). Since beating Cagliari 3-2 in mid-September, the hosts have gone winless in their last 11 Serie A fixtures (D7, L4), a sequence that sees them start this round in the relegation zone. Including the 2020/21 season, Genoa are now winless in their last eight Serie A home games (D3, L5), conceding 2+ goals seven times in the process. It goes from bad to worse for the home side, who have failed to find the net in both top-flight matches under new boss Andriy Shevchenko. The former Milan striker faces the prospect of becoming only the fourth Serie A manager in the 21st century to see his side fail to find the net in each of his first three games in charge.

On the other hand, the visitors have endured a noticeable dip in form since club football returned to action in mid-November, losing both Serie A games by an aggregate score of 7-4. A 3-1 home defeat to Sassuolo at the weekend means Milan could lose three Serie A games in a row for the first time under current manager Stefano Pioli. But, ‘I Rossoneri’ have not lost any of their previous four top-flight away H2Hs (W3, D1), scoring precisely twice in the last three. Back to this season, Pioli’s men have netted 2+ goals in their last five Serie A travels on the trot, having scored precisely once in the opening two. Particularly lethal after half-time, they’ve registered 63% of their top-flight away goals scored this season in the second half of play (10/16). 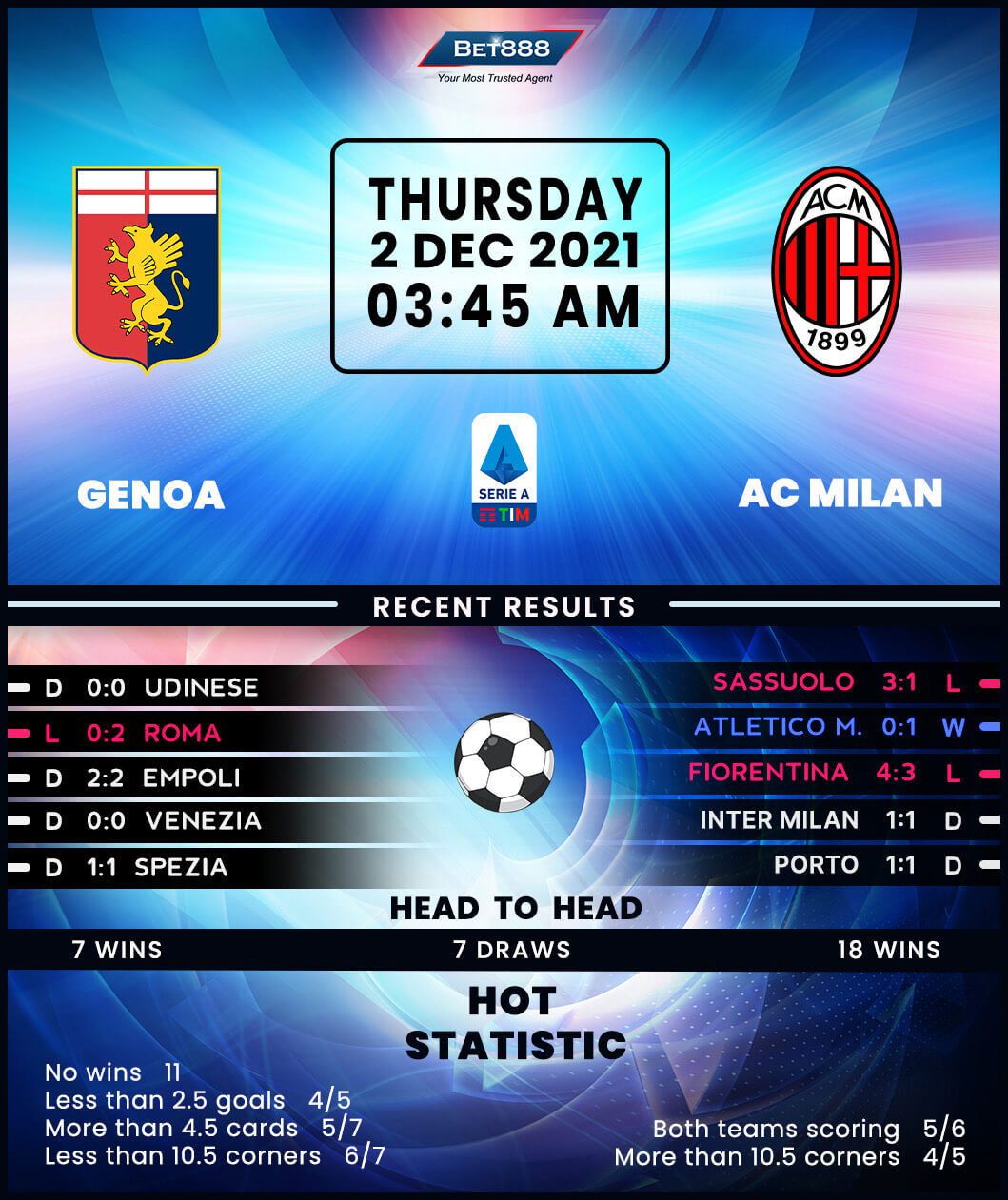