Inter Milan will be looking to get their stuttering Serie A title defence back on the rails when they take on warm relegation candidates Genoa at the Stadio Luigi Ferraris.

Genoa’s first absence from Serie A since 2006/07 looks imminent as Alexander Blessin’s men head into proceedings winless in their last 23 league matches (D13, L10)! Yet, Blessin has got his managerial tenure off to a decent start, guiding Genoa to four consecutive Serie A draws as he could become only the second manager in the competition’s history to draw each of his first five games in charge. Given the circumstances, a stalemate may even be considered a success, considering ‘Il Grifone’ have lost each of their last seven Serie A meetings with Inter by an aggregate score of 25-0. Worryingly, since a 2-2 draw with Empoli in early November, Genoa have failed to get on the scoresheet in nine of their last 14 Serie A outings, scoring precisely once in the other five.

Meanwhile, Inter Milan succumbed to an embarrassing 2-0 defeat to Sassuolo on home turf last time out, making it three Serie A matches without winning (D1, L2) for the first time under current boss Simone Inzaghi. Another defeat, even though it looks seemingly unlikely, would see ‘I Nerazzurri’ go four Serie A games without a victory for the first time since February 2018. However, the reigning Italian champions can draw confidence from going unbeaten in their last seven away league fixtures in a row (W4, D3). Despite entering this round on the back of consecutive Serie A away draws, Inter will feel confident of avoiding a similar scenario here, as only one of their last 13 top-flight visits to Ferraris has ended level (W7, L5). 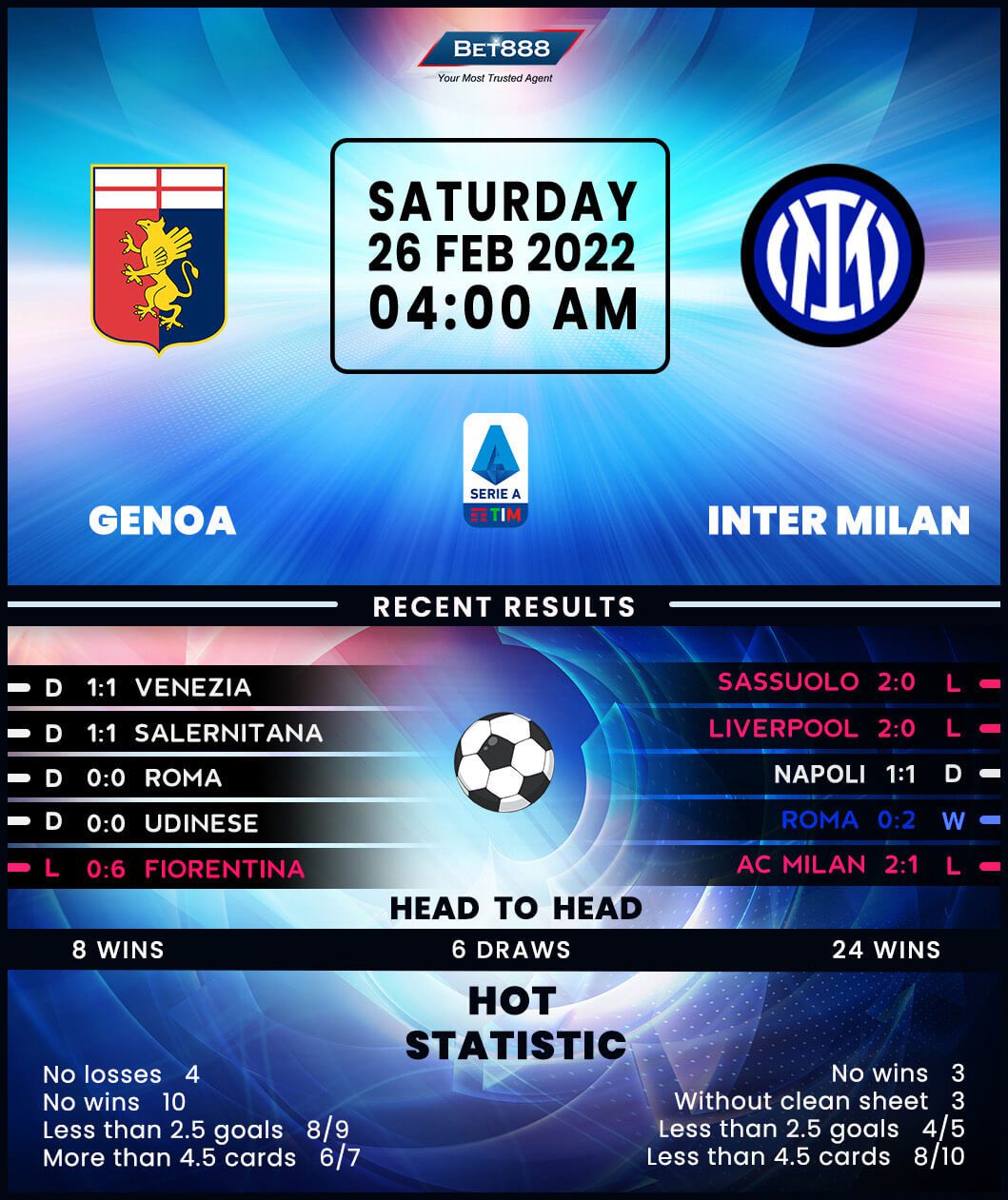