Stadio Luigi Ferraris is the venue as 19th-placed Genoa take on high-flying Juventus in a high-stakes Serie A encounter.

Time is ticking for relegation-threatened Genoa to secure survival after Domenico Criscito’s missed penalty against Sampdoria last time out condemned his side to a fourth defeat in five Serie A games (W1). With only three matches left to play, ‘I Rossoblu’ trail 17tth-placed Salernitana by four points, meaning they cannot afford to drop points against Juventus. However, they have lost their last five Serie A H2Hs by an aggregate score of 13-4, conceding 2+ goals on each occasion. After falling to a 2-0 defeat in the reverse fixture in Turin, Genoa could draw a blank in back-to-back league meetings with Juve for the first time since 2015/16. Scoring has been a problem for Genoa this season, as they’ve netted a league-low 25 goals after 35 matchdays, at an average of just 0.7 per game.

On the other hand, Juventus have qualified for next season’s Champions League with three games to spare and will be looking to build on a four-game unbeaten Serie A streak (W3, D1). Massimiliano Allegri’s men have been nothing short of outstanding on the road lately, winning their last four away league matches despite failing to keep a single clean sheet in that run. Moreover, ‘I Bianconeri’ are the only side in Europe’s top-five divisions, alongside Manchester City and Liverpool, to have suffered just one league defeat since December (W13, D6). But Juventus’ topsy-turvy experience across their last nine Serie A visits to Ferraris (W6, L3) suggests this fixture is far from a foregone conclusion. Juve’s quick-fire openings could prove too hot to handle for Genoa, as they’ve broken the deadlock in a league fourth-highest 59% of their Serie A travels this season (10/17). 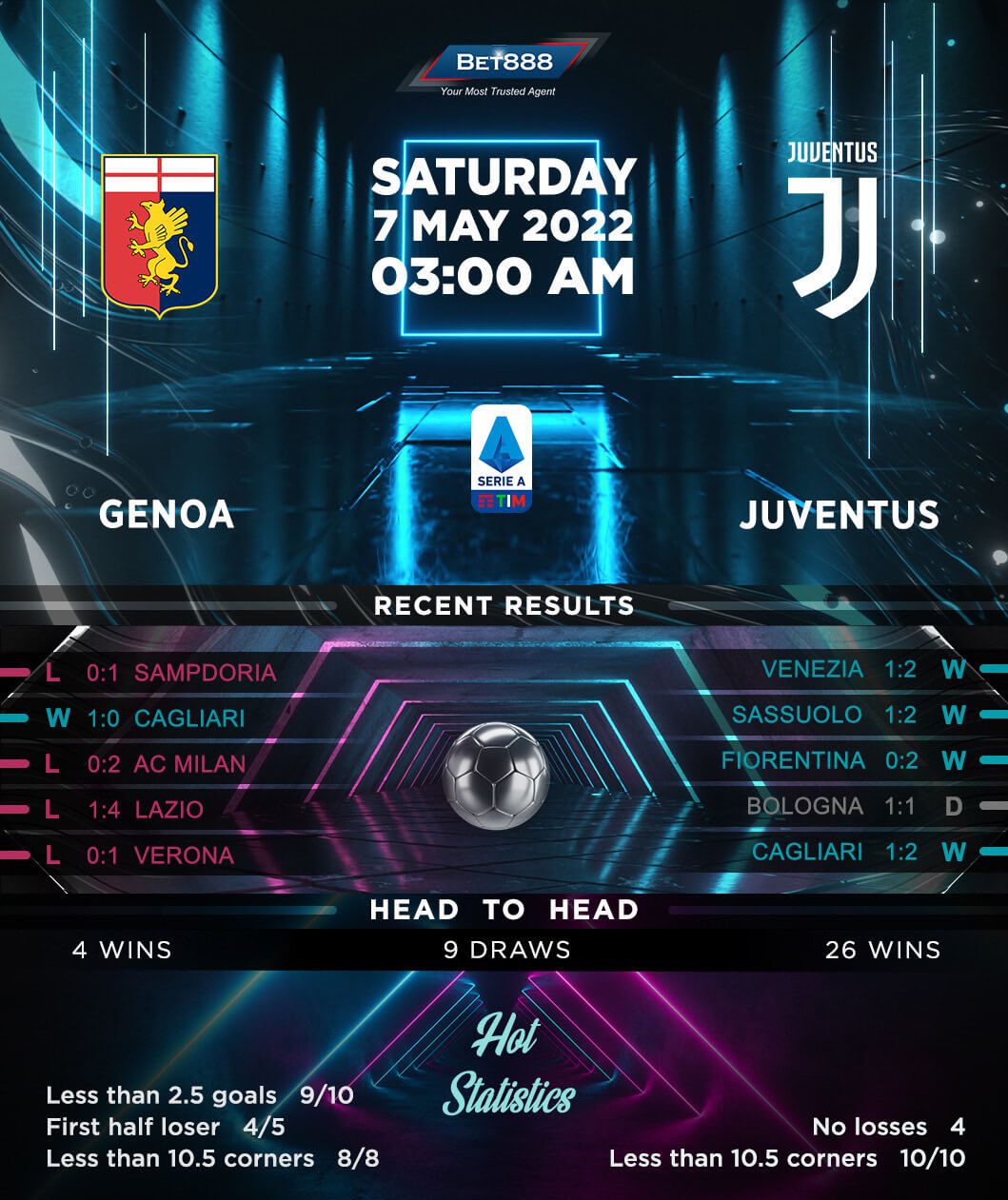