Ghelamco Arena is the venue as Gent and Club Brugge go head-to-head in an exciting Belgium Cup semi-final tie.

It’s been a thoroughly disappointing start to the calendar year for Gent, who have failed to win any of their four competitive matches so far (D3, L1), with each of the last three in a row featuring under 2.5 total goals. Additionally, the hosts are winless in their previous three competitive home games (D2, L1), conceding first on each occasion. Gent can at least draw some confidence from pulling off an overwhelming 6-1 win in the first half of the Belgium Pro League season. It also means that both of their previous competitive H2Hs at this venue have produced 4+ total goals, highlighting the potential for a high-scoring fixture.

Meanwhile, Club Brugge have hit the ground running since the calendar year flipped to 2022, going unbeaten in all four fixtures in all competitions (W2, D2). However, goals have been at a premium during that four-game sequence, with three of those matches containing under 2.5 overall goals.  But the visitors have blown hot and cold on hostile turf lately, delivering a mixed bag of performances across their last three road trips (W1, D1, L1). Yet, with eight of Bruggle’s previous ten competitive away games featuring 3+ goals, this could still be a fun game to watch. 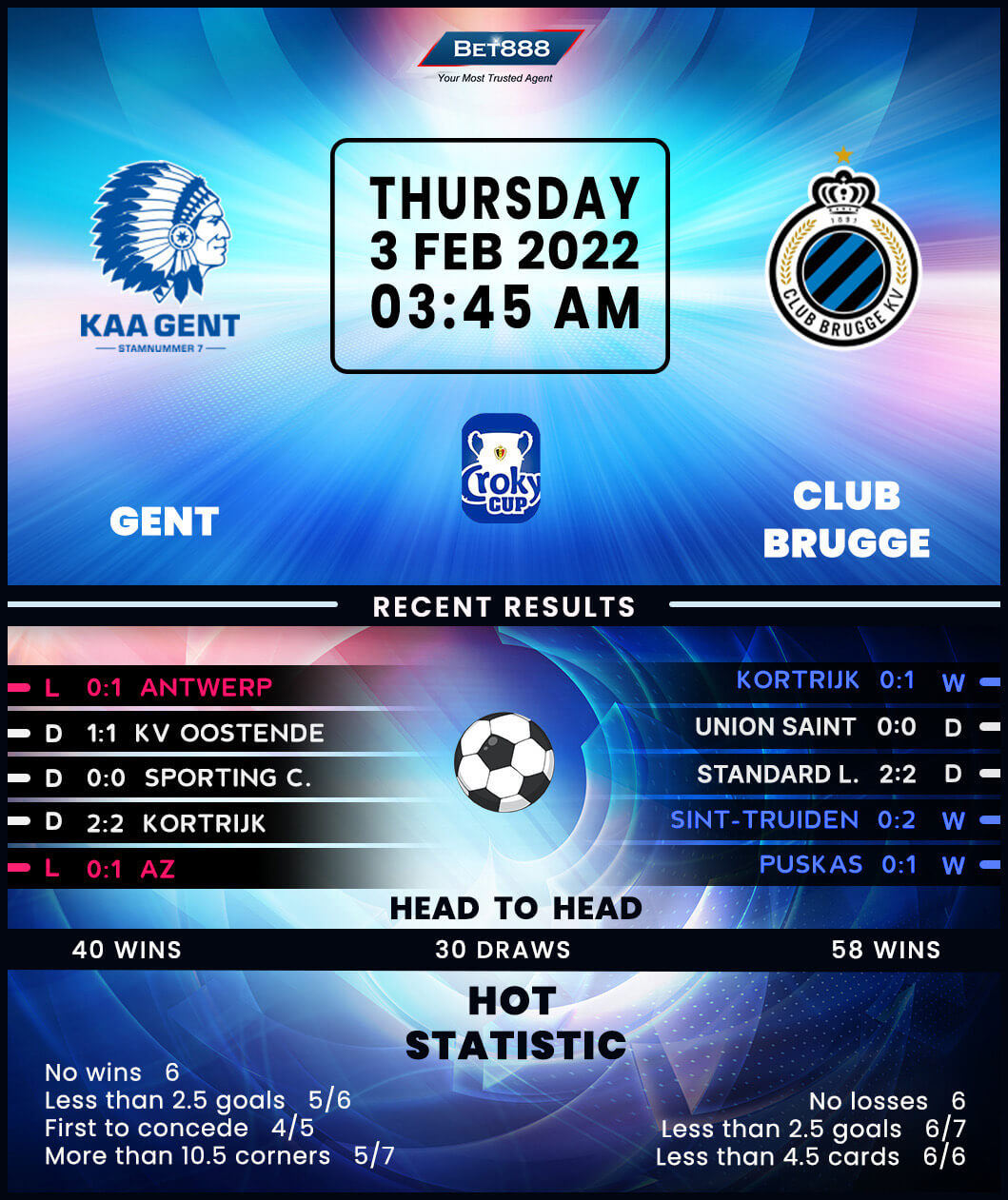