Germany and Israel are set to trade tackles at PreZero Arena for an exciting international friendly.

Having become the first nation to qualify for the upcoming World Cup finals, Germany will now focus on finding the right mix of players for winter’s showpiece event. That’s likely to trigger some rotation to the squad, but manager Hansi Flick will be eager to maintain the momentum that has seen his side win all seven matches under his stewardship by an aggregate score of 31-1. Indeed, the Germans’ average of 4.43 goals scored per game under Joachim Low’s successor has re-established them as a force to be reckoned with following an underwhelming Euro 2020 last-16 exit. ‘Die Mannschaft’ have won all three post-Euro 2020 home outings 17-1 an aggregate, including a comprehensive 9-0 triumph over continental minnows Liechtenstein last time out.

Meanwhile, Israel’s lack of consistency (W5, D1, L4) saw them finish third in 2022 World Cup qualifying Group F, a whopping seven points below second-placed Austria. Despite failing to qualify for their first showpiece event since 1970, the Israeli can draw confidence from their ‘goal-friendly’ 3-2 home win over the Faroe Islands last time out. Indeed, the free-scoring ‘Chosen Team’ have scored 2+ goals in four consecutive internationals in the build-up to this trip, suggesting they could improve their paltry ratio of 0.5 goals netted across the last two H2H meetings with Germany (L2). Heading to Sinsheim with caretaker boss Gadi Brumer ready to take charge of his first fixture, Israel will hope to solidify their defence after failing to keep a clean sheet in 14 of their last 16 internationals. Worryingly, though, they’ve conceded 2+ goals in nine of those 16 matches, highlighting the potential for another leaky affair. 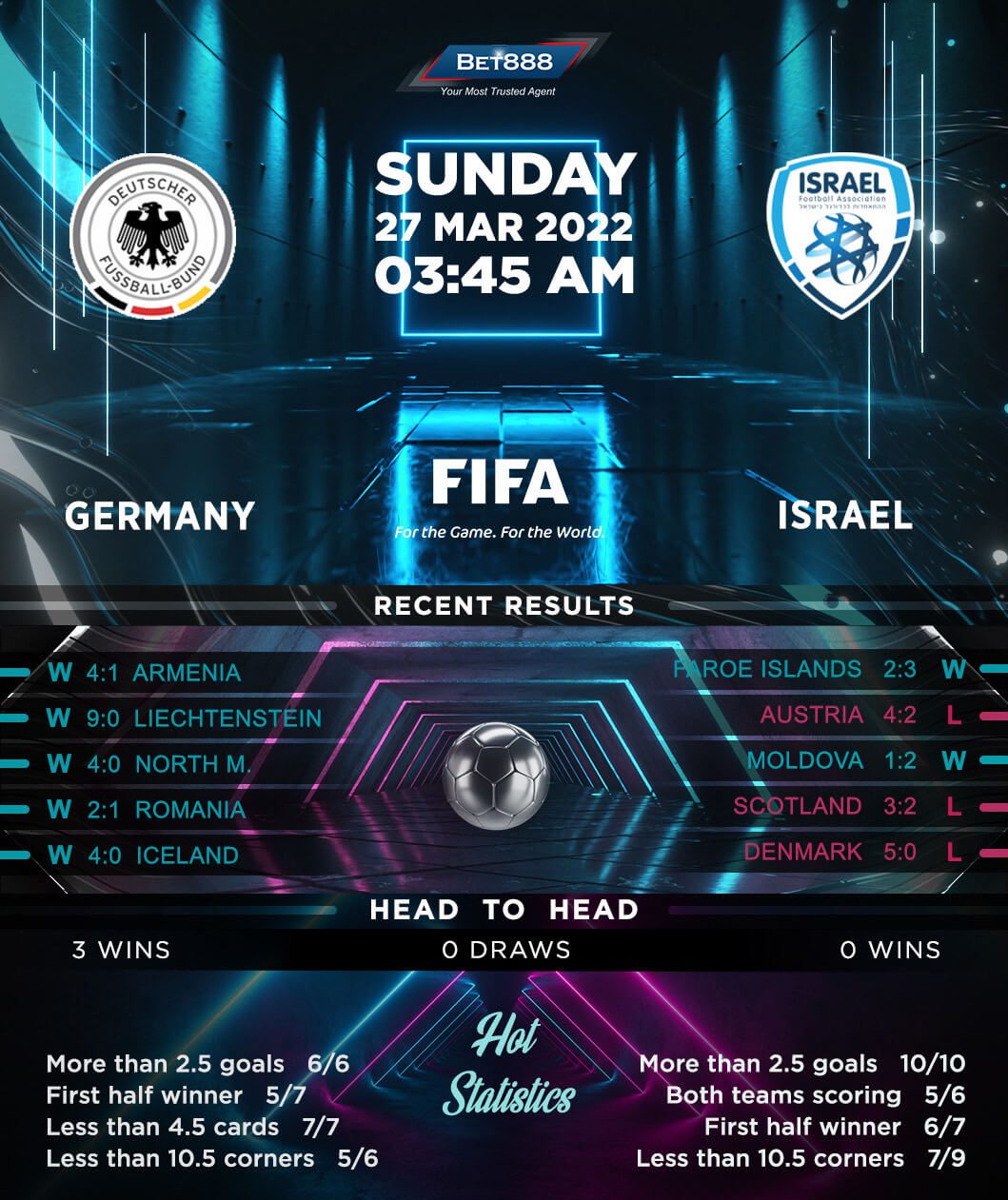