Desperate to bounce back from the club’s worst-ever start to a new La Liga campaign (L5), Getafe will be looking to defy the odds and halt their longest ongoing winless streak against a single top-flight opposition (D2, L15). That might be easier said than done, as Getafe failed to get on the scoresheet each time during that 17-game sequence, last scoring a league goal against this opponent in March 2011. In turn, Michel’s men have netted just a single goal across their opening five La Liga matches this term. Going back to March, ‘Los Azulones’ have claimed one victory in eight top-flight games on home soil (D3, L4), frustratingly drawing a blank six times in the process. Entertainment has been relatively sparse at the Coliseum Alfonso Perez across the past 12 months, as 17 (89.47%) of Getafe’s last 19 La Liga fixtures here have featured under 2.5 goals.

On the other hand, despite getting their title-defense campaign off to a solid start (W3, D2), ‘Los Rojiblancos’ have failed to trouble the scoresheet in back-to-back competitive games since March (D2). It is worth noting that the visitors haven’t played out three goalless stalemates in a row this century. The reigning Spanish champions must be relishing the prospect of meeting out-of-sorts Getafe over midweek, having avoided defeat in 13 of their 14 La Liga fixtures played on Tuesday (W10, D3), back in April 2017. Additionally, Atletico Madrid have registered a hat-trick of 2-1 La Liga victories away from home, winning three straight away matches in the competition by a single-goal margin for the first time since 1992. 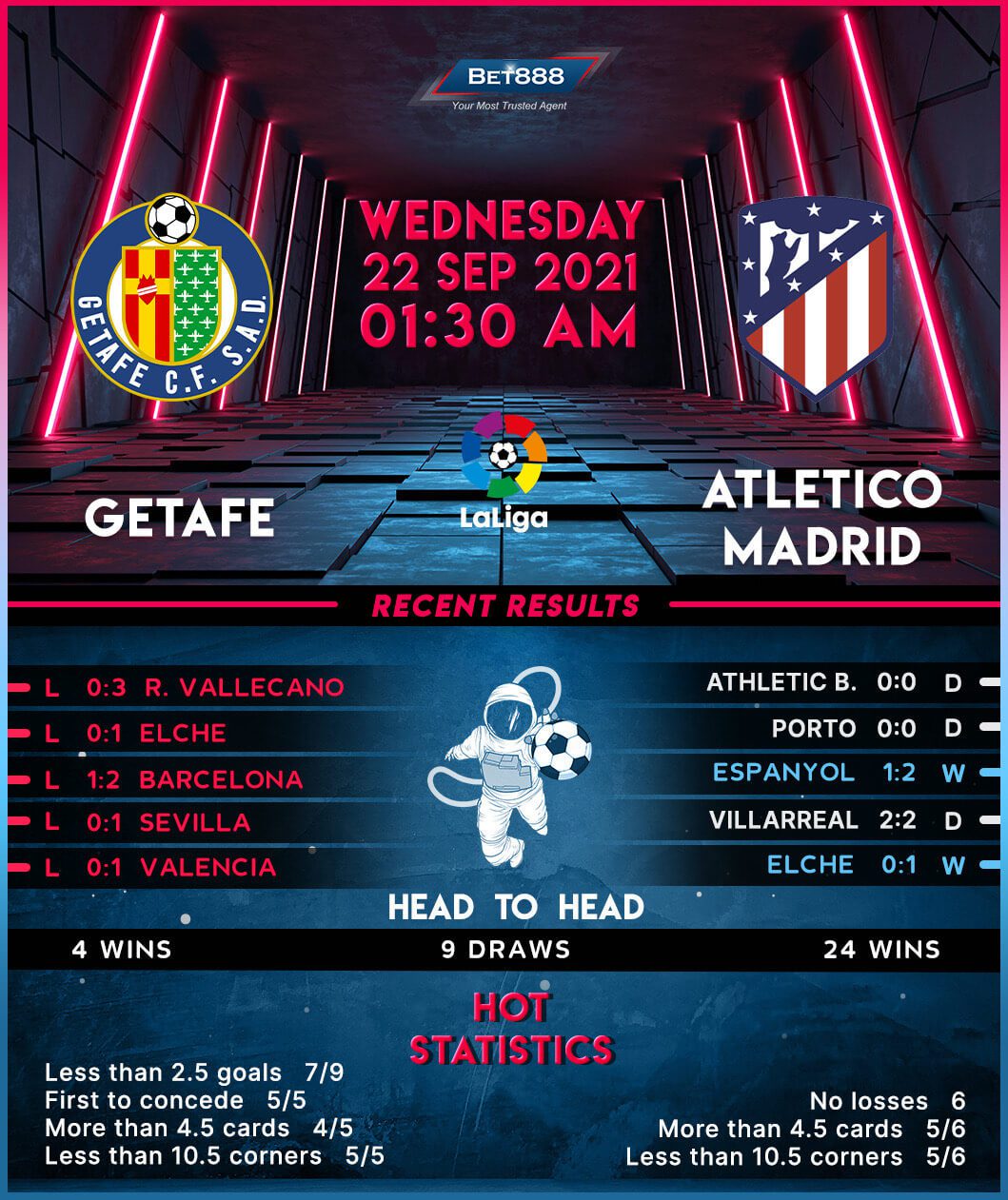