Levante’s desperate bid to preserve their La Liga status faces another stern test as they head to the Coliseum Alfonso Perez to take on in-form Getafe.

After going unbeaten in eight of their last nine La Liga outings (W4, D4), Getafe have escaped from the drop zone, as they enter this round harbouring a four-point lead on 18th-placed Cadiz. Furthermore, the hosts are unbeaten in six consecutive home league games since a 3-0 defeat at the hands of Celta Vigo in October (W5, D1), winning each of the last three in a row. Back to their defensive best, they kept a clean sheet in four successive top-flight home outings before a comprehensive 4-2 win over Granada last time out. There’s a piece of history open for the taking here, as Getafe could win three consecutive La Liga home H2Hs for the first time in the club’s history, while they could also register four home wins on the trot in top-flight action for the first time under Quique Sánchez Flores.

On the other hand, Levante have failed to build on a 2-0 home win over Mallorca (their solitary La Liga success this season), falling to a 2-0 defeat at Cadiz on the eve of the international break. With just 11 points from their 21 La Liga games this season (W1, D8, L12), the visitors are nailed to the bottom of the table, nine points adrift of safety. So if they are to have any realistic chance of avoiding relegation, the ‘Granotes’ have to post their first top-flight win on the road this term (D2, L8). However, after losing each of their last seven La Liga away matches and conceding 3+ goals in five of them, they look like a doomed outfit. There’s still a silver lining for Levante here, considering that they’ve won two of their last three league meetings with Madrid sides in the nation’s capital (L1). 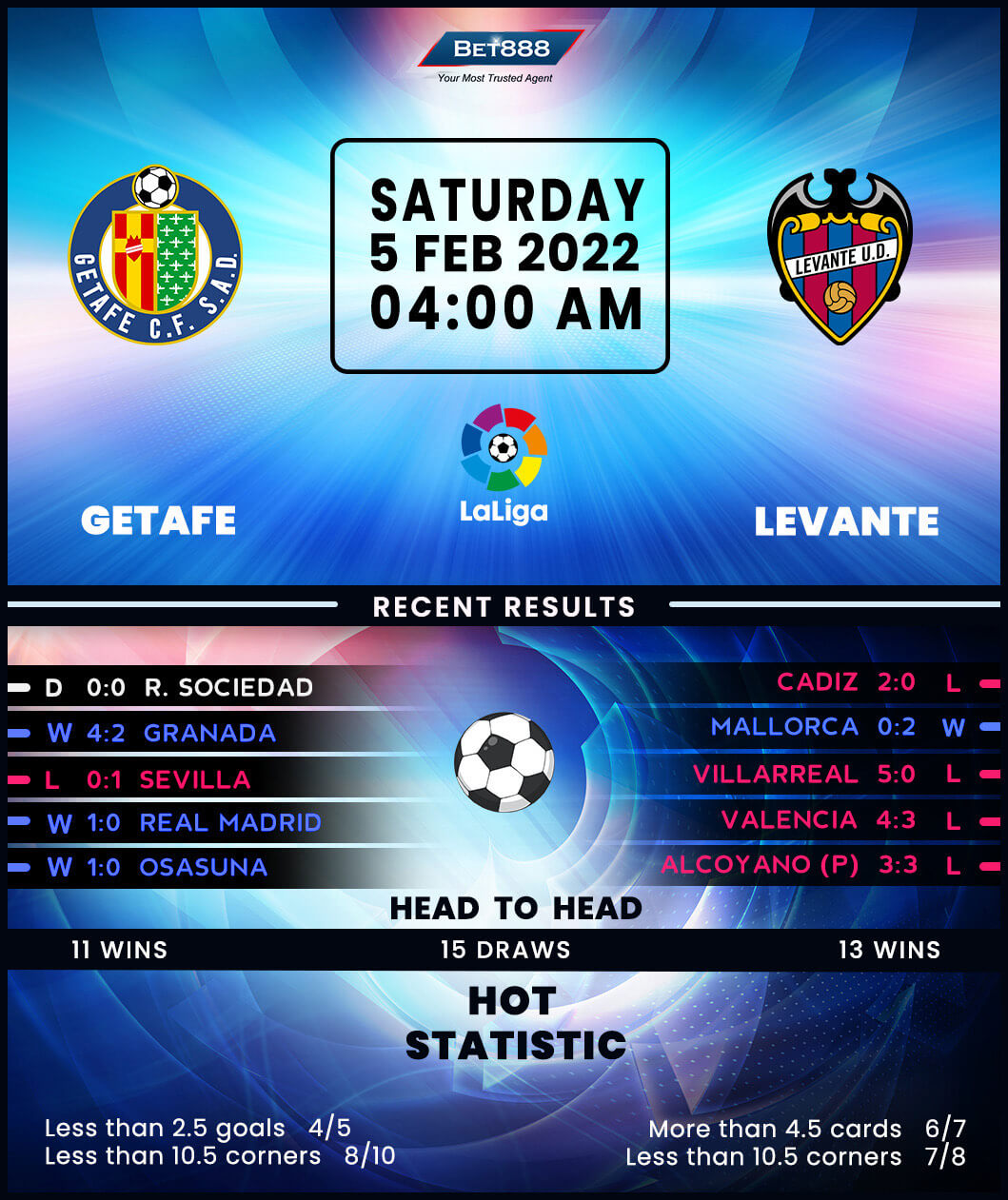