Geylang International’s 1-0 home triumph over Lion City in their 2022 Singapore Premier League curtain-raiser now looks like a distant memory. The hosts come into this matchday having failed to win their last 11 league matches on the spin (D4, L7), making themselves one of just two sides yet to hit double-digits. Much of Geylang’s form woes have emanated from their poor scoring output. The ‘Eagles’ have netted a league-low 13 goals this season, bagging 2+ goals in just 42% of their Singapore Premier League outings thus far (5/12). In turn, it comes as no surprise that they have been winless in all seven top-flight games in which they conceded the opening goal this season (D2, L5).

In the meantime, Tanjong Pagar have gone into overdrive following an underwhelming run of four winless Singapore Premier League matches (D2, L2). Indeed, the visitors head into this fixture having won their last three league outings by an aggregate score of 7-2. By contrast, the ‘Jaguars’ have failed to land all three points in three consecutive top-flight away fixtures (D2, L1) after winning three in a row beforehand. High scoring has been a common theme in Tanjong’s recent road trips, as four of their last five league travels have seen over 2.5 goals and both teams scoring. 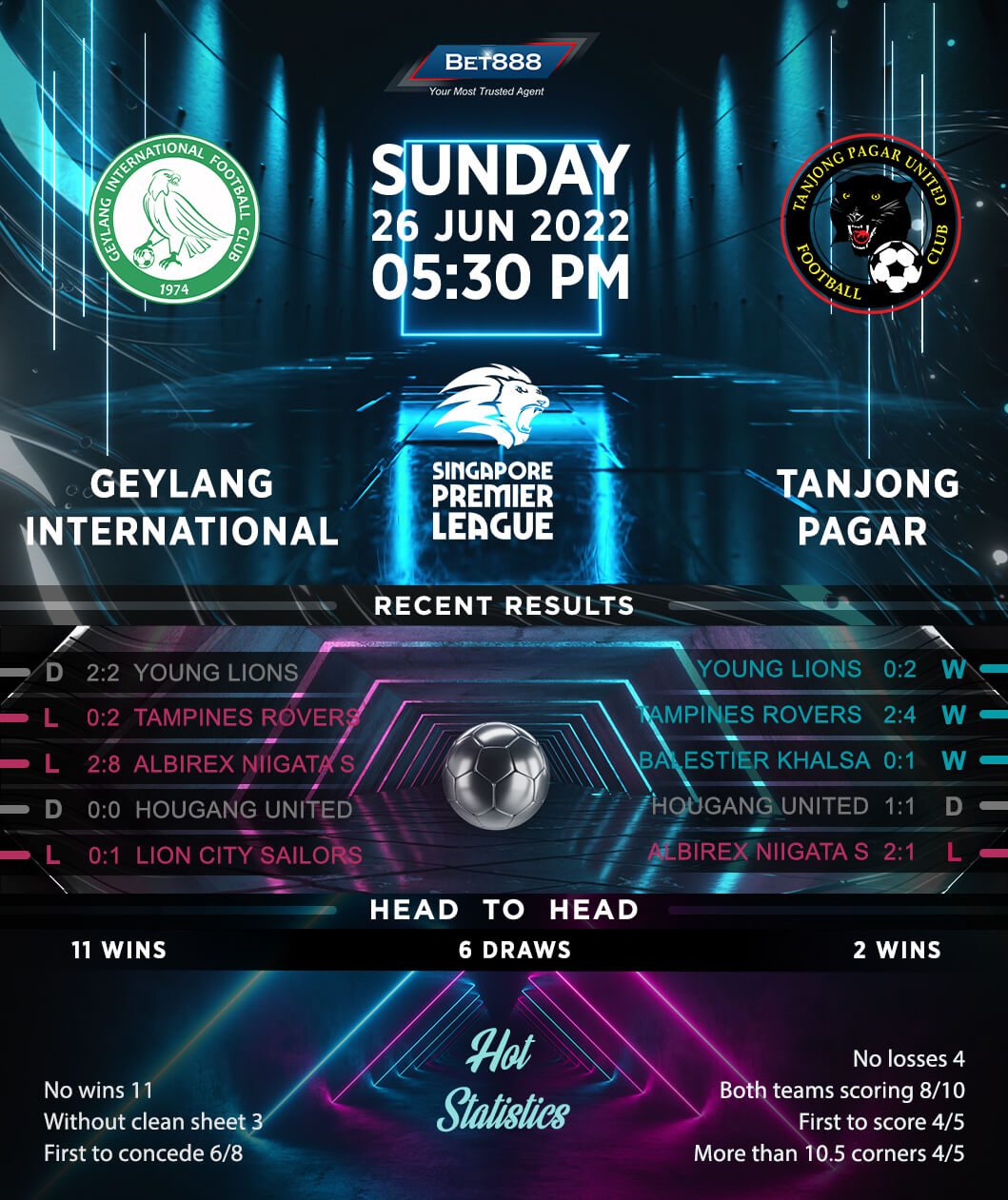