The two underperforming K League 1 sides are set to square off at the Gimcheon Stadium as bottom-half Gimcheon Sangmu take on rock-bottom Seongnam.

Gimcheon Sangmu head into proceedings in the midst of a rough patch, having failed to win their last six league fixtures (D2, L4). A disheartening 1-0 at home to Suwon FC last time out saw the hosts fall four points adrift of the K League 1 playoff zone. Kim Tae-wan’s men have some makeup to do, as they aim to arrest a run of consecutive home H2Hs without scoring (D1, L1). Gimcheon can draw confidence from beating Seongnam 3-0 in their most recent top-flight meeting in April 2022. But conceding first could throw their hopes of winning another H2H into doubt. They’ve lost eight out of nine league matches in which they fell behind this term (D1).

On the other hand, visiting Seongnam enter this round nailed to the bottom of the K League 1 table after racking up just two wins from their opening 16 league outings (D4, L10). Yet, it’s worth noting that both those triumphs have arrived away from home. Moreover, a lack of scoring prowess has seen the visitors score a league joint-low 12 goals this season. Half of those goals (6) have come on the road, handing the travelling fans a glimmer of hope that they could see their side on the scoresheet. But since an goal-friendly 4-3 win at Suwon FC in early April, Seongnam’s last three K League 1 away matches have yielded an identical 1-0 scoreline (W1, L3). 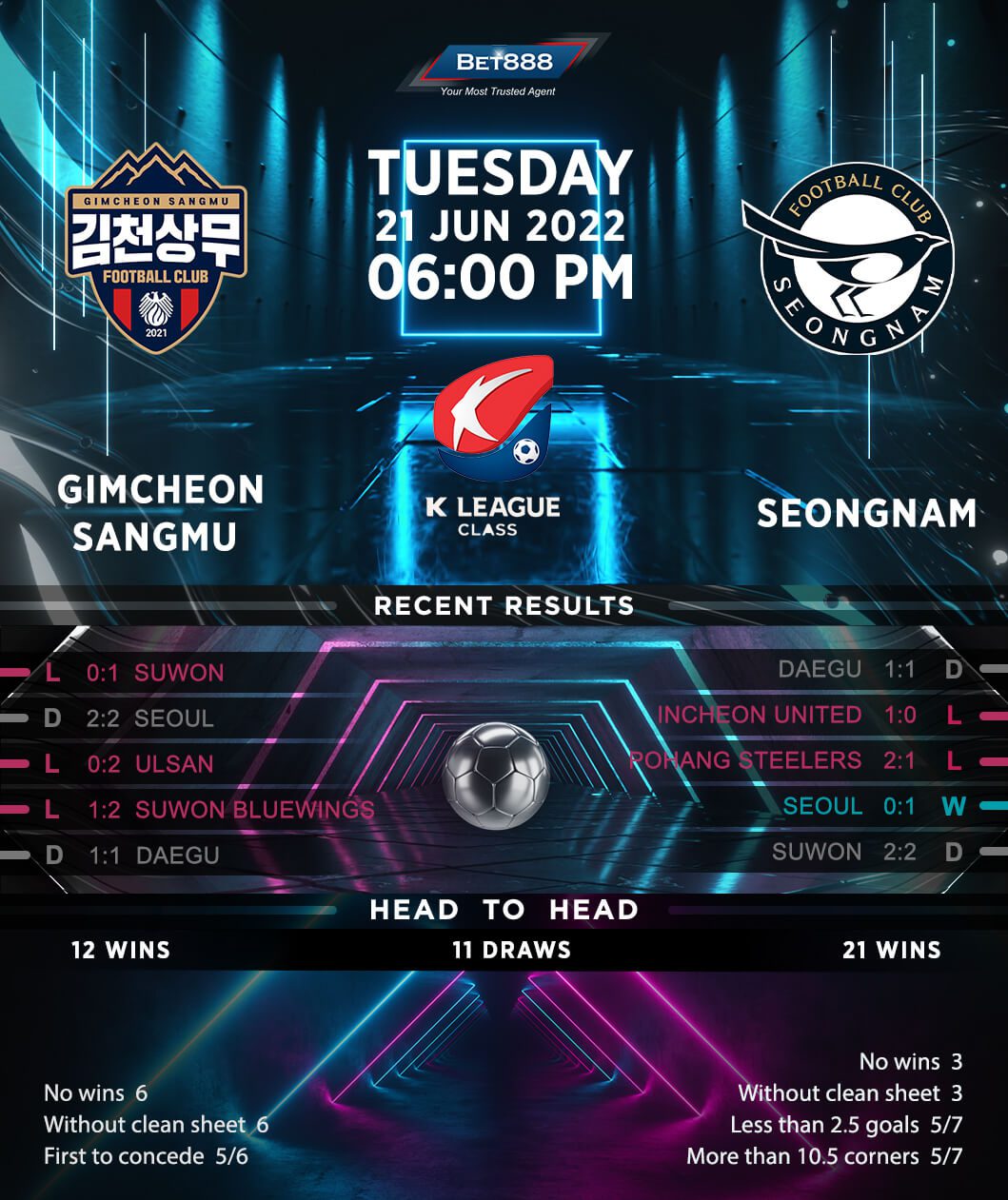