Aitor Karanka marked his touchline debut at Granada with an overwhelming 6-2 win at fellow relegation rivals Mallorca last time out to end his side’s abysmal five-game winless league streak (D3, L2) and steer them away from the drop zone. But with just two points separating them from 18th-placed Mallorca, there’s no room for complacency in the travelling camp, especially as they are about to take on a side they are winless against in their last two top-flight H2Hs (D1, L1). On the bright side, the ‘Nazaries’ have defeated Bilbao in both previous La Liga meetings at home without conceding and could make it three home wins on the spin against the Basque side in the competition for only the second time in the club’s history.

In the meantime, Athletic Bilbao’s ‘nil-nil’ home draw with Valencia last time out halted their two-game winning La Liga run, yet they are still in contention for securing European qualification. With seventh-placed Villarreal only one point away, ‘Los Leones’ are aiming to build on their two-game unbeaten streak on the road in La Liga (W1, D1), that after losing three successive such fixtures beforehand. Marcelino Garcia Toral’s men come into this matchday undefeated in their last three in Spain’s top-flight (W2, D1), keeping a clean sheet in the last two on the bounce. Another shutout would see Bilbao go three straight La Liga games without conceding for the first time since September 2021. 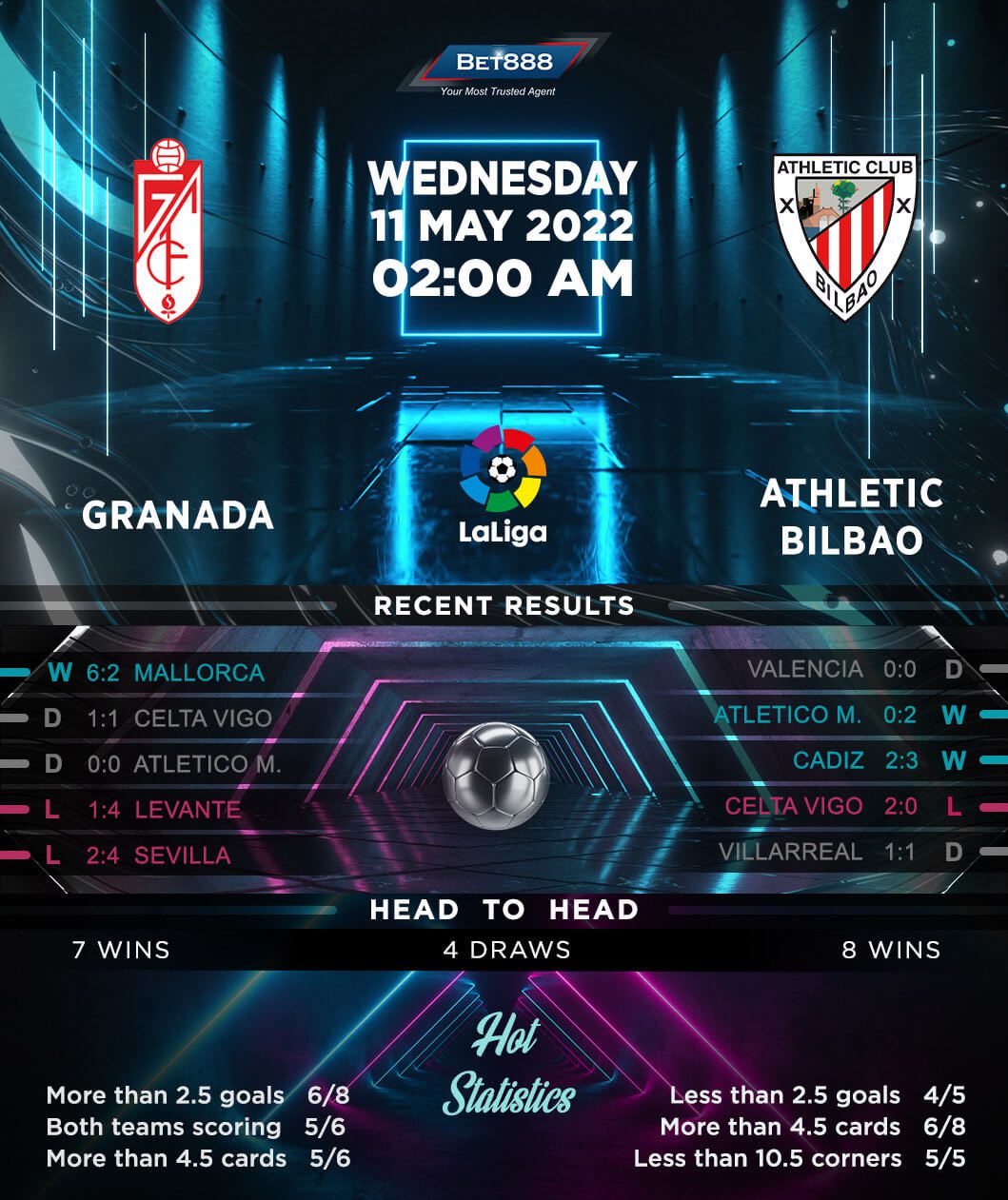