Sportpark Ronhof Thomas Sommer is the venue as relegated Greuther Fürth take on Bundesliga runners-up Borussia Dortmund on the penultimate round of fixtures.

Despite becoming the first side to suffer relegation from the Bundesliga this season, Greuther Fürth put on a spirited performance at European hopefuls Union Berlin last time out (1-1). Yet, another draw has extended the visitors’ dreadful winless Bundesliga streak to ten matches (D5, L5), all of which saw them net under 1.5 goals. After failing to get on the scoresheet in four consecutive league games, the ‘Kleeblätter’ have opened the scoring in their last two Bundesliga outings but to no avail (D1, L1). Fürth’s defensive woes have witnessed them concede a staggering 77 goals during this Bundesliga campaign, at an average of 2.4 per game, letting in 2+ goals in 62.5% of their top-flight fixtures so far. Another disappointing weekend is well on the cards, as Fürth have shipped 12 goals across their last three Bundesliga meetings with Dortmund (L3).

On the other hand, Dortmund found themselves on the wrong end of a 4-3 scoreline in last weekend’s topsy-turvy home contest against Bochum, making it two Bundesliga defeats in a row. Though it looks fairly unlikely, ‘Die Borussen’ could lose three consecutive top-flight games for the first time since 2017. But Dortmund’s defensive frailties that have seen them concede 50+ goals in a single Bundesliga campaign for only the second time in the 21st century could pose a problem. A free-scoring attack could cancel out any defensive mistakes, with Marco Rose’s side netting the division’s second-most 80 goals this season. That said, only once across their last five Bundesliga travels have Dortmund scored more than once, courtesy of a 2-0 win at Stuttgart. 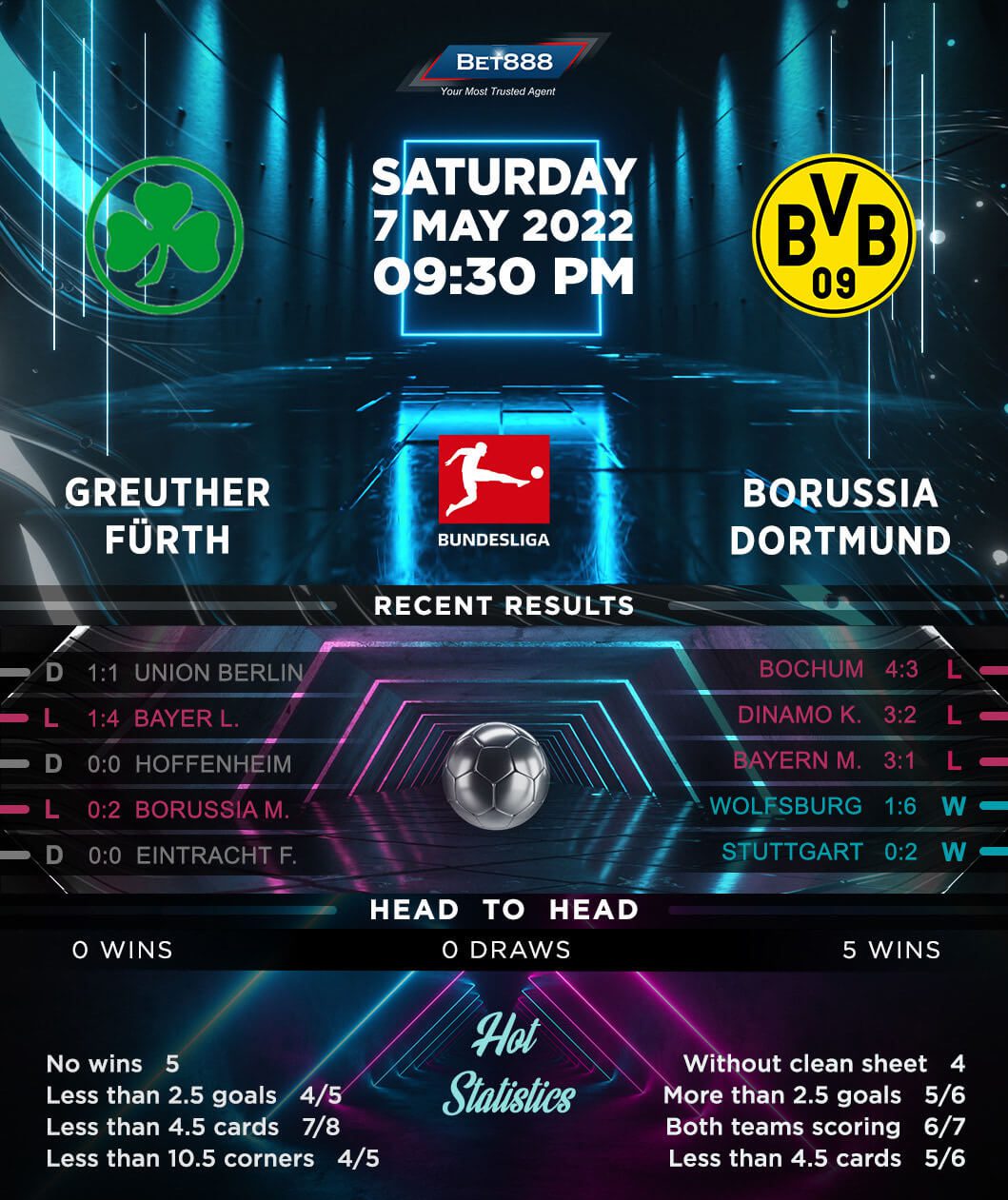